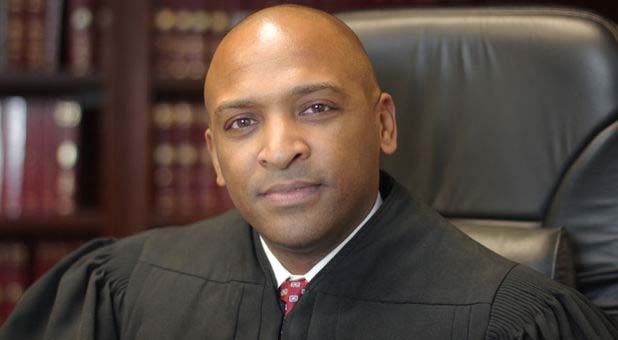 Darrin Phillip Gayles is the first openly gay black man to serve on the United States District Court of the Southern District of Florida.  Gayles was nominated by President Barack Obama to the court on February 6, 2014, to a seat vacated by Judge Patricia A. Seitz. Gayles was confirmed by the United States Senate on June 17, 2014.

Gayles was born on December 16, 1966 in Peoria, Illinois, the son of James E. Gayles and Janie Banks Gayles.  Gayles has one sibling, whose name is Monica. Gayles was first in his family to graduate from college and the first and only one to attend law school.

Gayles graduated from Howard University in 1990 with a Bachelor degree in Political Science.  While attending Howard University Gayles was selected as one of the Patricia Robert Harris Public Affairs Program fellows. Successively, Gayles attended George Washington University of Law and received a Juris Doctoral degree in 1993.

After serving in Florida’s Eleventh Judicial Circuit Court for more than ten years, Gayles was appointed to the Miami-Dade County Court of the Eleventh Circuit in 2004 by Jeb Bush, the former Governor of Florida. In December 2010, former Republican Governor Charlie Crist appointed Gayles to serve on the Circuit Court to replace former Judge Ronald M. Friedman. Gayles was sworn in on April 8, 2011 and elected to be retained on the court in 2012, the term would have concluded in January 2019. Gayles served on the Circuit Court until his appointment to the federal court.

Gayles has also been the recipient of many awards including the League of Prosecutors’ 2014 Justice Award. Gayles has been recognized as one of South Florida’s Most Powerful Back Business Leaders of 2013 and the recipient of the George Washington University Black Alumni Association’s 2008 Making an Impact Award.  Currently, Gayles lives in Miami Shores, Florida, with his life partner, Raymond Zayas.