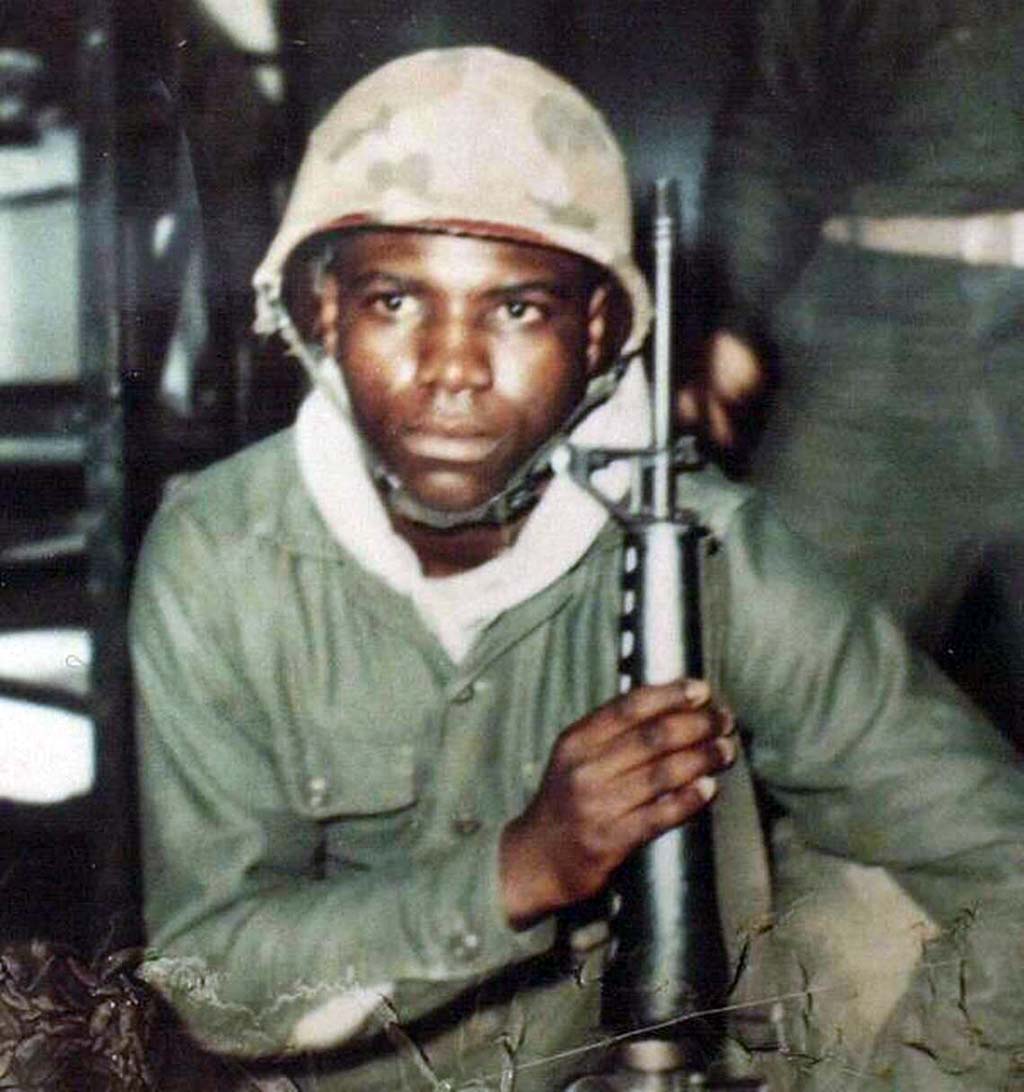 Dan Bullock was the youngest member of the United States Armed Services to die in the Vietnam War. Bullock, a U.S. Marine, was fifteen years old at the time of his death.

Dan Bullock was born on December 21, 1953, in Goldsboro, North Carolina. Much of his early life is unknown but his mother died when he was eleven years old. Following his mother’s death, his father remarried and relocated his family from Goldsboro to Brooklyn, New York.

Bullock was sent to Marine boot camp at Paris Island, South Carolina and completed his basic training there on December 10, 1968, eleven days before his fifteen birthday. He arrived in Vietnam on May 8, 1969 and was stationed at An Hoa Combat Base in Quang Nam Province. Bullock was assigned as a rifleman to Fox Company, Second Battalion, Fifth Marine Regiment.

On June 7, 1969, Bullock was killed by a surprise attack by the North Vietnamese Army during the night. Originally assigned cleaning duties that night at the base, Bullock was reassigned to take over an injured Marine’s assignment, guarding a Delta Airship. Bullock and other Marines were on guard that night when the Northern Vietnamese Army attacked the base. Bullock was hit by several rounds of enemy fire and was instantly killed. Three other Marines were also killed during the attack.

Bullock’s body was returned to North Carolina and buried in the Elmwood Cemetery in Goldsboro without a headstone. Thirty-one years later in 2000, television talk show host Sally Jessy Raphael—upon learning the story of his involvement in South Vietnam and his age—donated a headstone. Shortly afterwards there was a memorial service for Bullock in Goldsboro. Both the New York Rolling Thunder and the North Carolina Rolling Thunder motorcycle clubs participated in a caravan through the town in his honor. In 2003, a portion of Lee Avenue in Brooklyn where he had lived as a child, was renamed after him. In 2017, a highway marker was installed in Goldsboro in his honor, commemorating his service to the United States.