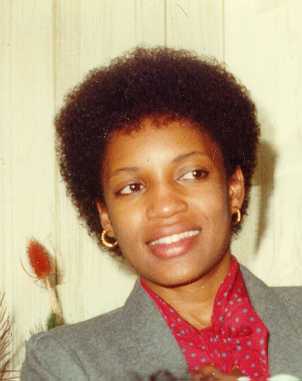 Dale Brown Emeagwali is a distinguished American scientist who is best known for her investigational research in the fields of microbiology and oncology.

Emeagwali was born on December 24th, 1954 in Baltimore, Maryland, and was the youngest of three children. Her mother, Doris Brown, was a teacher while her father, Leon Brown, worked for Afro-American magazine as a superintendent of the production department. In her youth Emeagwali was a student at Alexander Hamilton Elementary school and later Northwestern High School where she received her diploma in 1972. Upon graduation she enrolled at Coppin State College in Baltimore to further her education.

In 1976 Emeagwali earned a bachelor’s of science degree in biology with a minor in chemistry from Coppin State. She then enrolled in Georgetown University’s Medical School microbiology Ph.D. program and in 1981 earned her doctoral degree from the institution.  She also married Philip Emeagwali, a computer scientist, on August 15th of that year. Over the next five years Emeagwali would complete postdoctoral fellowships at the National Institutes of Health in Bethesda, Maryland, and at the Uniformed Services University of the Health Services. Between 1986 and 1995 she worked as a research scientist and associate at the University of Wyoming, the University of Michigan, and the University of Minnesota.

Emeagwali’s initial research centered around the antimicrobial producing bacteria known as Streptomycetes. In 1986 she and her collaborators proved that S.parvulus, a strain of Streptomycetes, synthesized isozymes of kynurenine formamidase. This discovery helped to change the field of microbiology because it was thought that only higher level organisms contain this enzyme and this led to bacteria being thought of as more complex organisms.

Emeagwali later became engaged in cancer research and her most prominent contribution in the field came while working with the ras oncogene, the mutated form of the ras gene. A normal functioning ras gene plays a pivotal role in the life of cells in regards to cellular signaling and growth. Mutations that arise in the gene can lead to cancer due to uncontrolled growth. Emeagwali along with her collaborators revealed that ras oncogene activity can be subdued via antisense methodology. This process ultimately suppresses protein production from the gene. This research provided an insight in how cancer can be combated. In 1996 Emeagwali was named Scientist of the Year by the National Technical Society for her contributions in the fields of biochemistry, microbiology, and molecular biology.

Emeagwali and her husband have one son, Ijeoma.