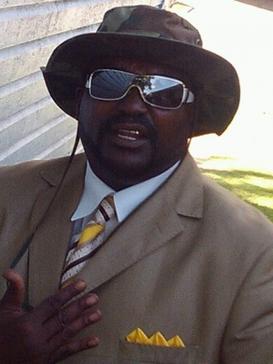 On September 16, 2016, a 43-year-old Tulsa Police Officer Betty Shelby shot and killed Terence Crutcher. The circumstances of the shooting would become the source of a police investigation and a separate Civil Rights investigation by the Department of Justice. A trial resulting in an acquittal for Shelby and a series of protests would also ensue.

Terence Crutcher was in born in Tulsa, Oklahoma on August 16, 1976 to parents Joey and Leanna Crutcher. He had four children, three daughters and a son with whom he lived with at the time of his death. He was passionate about music, as he sung in a local church choir and was majoring in music at Tulsa Community College.  Many of his friends and neighbors described him as a family man who was focused on his children, and his dream of becoming a gospel singer.

The situation that resulted in Crutcher’s death began while Officer Shelby was responding to a call by passerby drivers who had reported that a car was abandoned in the middle of the road.  When the police arrived, they encountered Crutcher. According to Shelby, Crutcher had been non-compliant when directed by the police officers.  Shelby believed Crutcher reached into his car for what she thought may be a weapon. Despite this, the video from a helicopter and a police car’s dashboard camera showed Crutcher with his hands up during some of the event before being stunned with a Taser and then shot.

Crutcher died immediately from the shootings.  Reactions to the event were widespread, with many Civil Rights advocates calling the shootings racially motivated.  The District Attorney for Tulsa County filed charges against Officer Shelby for manslaughter.  She was arrested but remained on paid leave during the trial.  While the prosecution focused on the unnecessary use of force by the police officers, Shelby’s defense attorneys argued that Crutcher was non-compliant, reached into his SUV, and had doses of PCP in his bloodstream according to the Oklahoma Medical Examiner’s office. While Crutcher had some history of drug abuse early in his life, the prosecution argued that none of Crutcher’s actions warranted lethal force.

On May 17, 2017, the jury found Shelby not guilty of a first-degree manslaughter charge.  In response the Tulsa chapter of Black Lives Matter held a peaceful protest within the city, while Governor Mary Fallin urged those disagreeing with the verdict to “express their opinions peacefully.”  Officer Shelby resigned from the department on August 3, 2017. Crutcher’s family would also file a civil suit for wrongful death against Shelby and the Tulsa police.

Overall, this incident reinforced the nationwide debate about the racial profiling of African Americans by the police.  Crutcher’s death also illustrated a culture of eroding race relations in Tulsa, where a history of racial division existed since the 1921 riots that resulted in the killing of over 300 black residents.