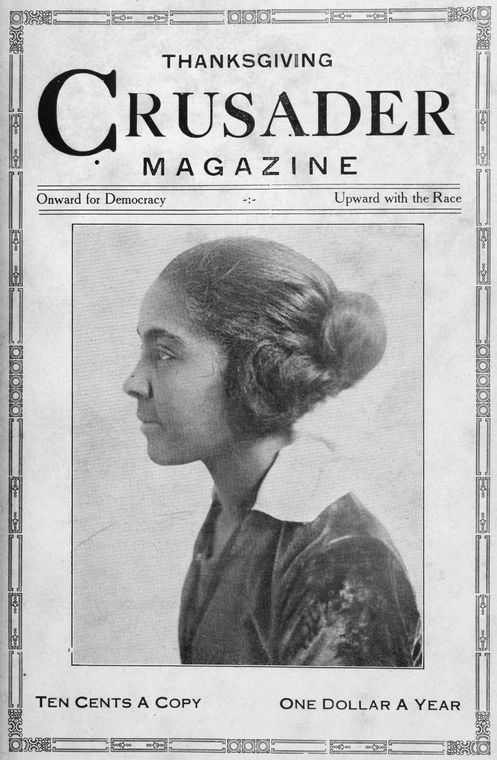 The Crusader was a black communist magazine established by journalist Cyril Briggs initially with the financial support of West Indian merchant Anthony Crawford in September 1918.  Briggs established The Crusader in response to and in support of President Woodrow Wilson’s Fourteen Points that called for the “impartial adjustment of all colonial claims.”  Briggs, formerly of the Amsterdam News, embraced Africa’s right to self-determination and dedicated the magazine’s credo to “Africa for the Africans” and to a “renaissance of Negro power and culture throughout the world.”  The Crusader published articles based on African nationalism within a Progressive context which endorsed independent African economic development within the free market, and an end to European and Western colonization in Africa.

In December 1918, in exchange for financial support, The Crusader became the official magazine of George Well Parker’s Hamitic League of the World, a pan-African nationalist group.  Parker, a businessman, naturopath, and Afrocentricity advocate, originally from Omaha, Nebraska, used The Crusaderas a vehicle to express his views.  He wrote articles that proclaimed that Africa was the cradle of civilization and argued that the black race was superior to other races.

By 1919, reflecting Briggs’s shifting ideology, The Crusader had turned against Wilson’s Fourteen Points and began to link colonization and racial oppression to capitalism.  And, in response to increased racial tensions and violence against black people, The Crusader took a more militaristic tone and advocated for the creation of a separate armed organization of African Americans for self-defense.  In October 1919, The Crusaderannounced the formation of the African Blood Brotherhood (ABB) and by the end 1920, citing antisemitism and Briggs’s increased commitment to the anti-racism of international Marxism and Communism, the Hamitic League had disappeared from The Crusader’s masthead.

In June of 1921, The Crusader became the official journal of the ABB and promoted Communism as the solution to racial and economic inequality.  This period also saw in increase in personal attacks by Briggs against Marcus Garvey, leader of the Universal Negro Improvement Association (UNIA) which was staunchly anti-communist.  Soon the journal became almost exclusively devoted to anti-Garvey invective.  By 1922, the bitter rivalry between Briggs and Garvey had reached a climax and prominent black Communists, such as Claude McKay, recommended to the Comintern (the governing body of the international Communist movement), to withdraw its financial support to The Crusader as the official black Communist Party journal.  Without stable financial support, The Crusader ceased publication in February 1922.