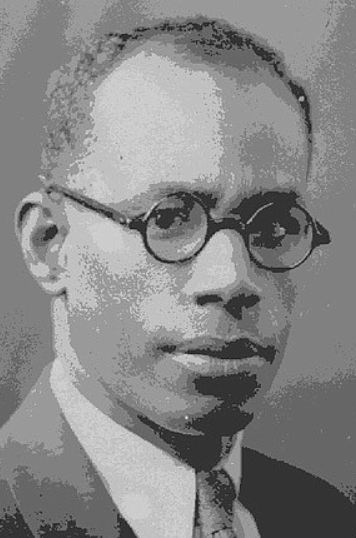 Frank R. Crosswaith was born on July 16, 1892, in La Croix, Virgin Islands, to William Ignatius and Anne Elizabeth Crosswaith. He immigrated to the United States in 1910 and became a socialist labor leader. He settled in New York City, New York where he worked as an elevator operator and married Alma E. Besard. He attended and graduated from Rand School of Social Science in 1918.

Crosswaith encountered socialist writings and ideas while at Rand. In Harlem, he gravitated to a group called the New Negroes, inspired by Alain Locke’s writings. They advocated for a new way of expressing the individual black experience, within a context of community. Beyond looking for a “race leader,” the movement called for a more inclusive, collaborative means to achieve racial uplift. Crosswaith gained recognition and respect in the Harlem Socialist party, having been called a great orator and the “Negro [Eugene V.] Debs.”

Crosswaith believed the relationship between black workers and unions had to change. Through projects such as the Friends of Negro Freedom, Crosswaith pushed the idea that if white unions worked together with black laborers, they could face common enemies like corporate exploitation and anti-worker laws. He also became the secretary of the Trade Union Committee for Organizing Negro Workers (TUC). The committee was formed in 1925, with support from the NAACP, the New York Urban League, and various socialist labor unions. In this capacity, Crosswaith persuaded several unions to accept black members.  He also organized black and white women into a laundry workers union.

When the TUC disbanded in 1926, Crosswaith began working as a professional organizer for A. Philip Randolph’s Brotherhood of Sleeping Car Porters union. His appointment ended after a scandal in which he and another member accused BSCP’s secretary-treasurer of embezzlement and claimed that Randolph was aware of the theft. The accused was cleared of charges, but Crosswaith and his ally were forced to resign. Crosswaith shifted his energies to the International Ladies’ Garment Workers’ Union (ILGWU), for the rest of his career. The ILGWU formed the Negro Labor Committee and made Crosswaith its head, pushing for the acceptance of black unions into the American Federation of Labor.

Despite the earlier antagonism with the Brotherhood of Sleeping Car Porters, Crosswaith joined A. Philip Randolph in organizing the 1941 March on Washington that called for an end to job discrimination. At first, President Franklin D. Roosevelt refused to take the movement seriously.  Then on June 25, a week before the proposed march date, he signed Executive Order 8802, which banned employment discrimination in companies that received federal funds. In 1942 New York City Mayor Fiorello LaGuardia asked Randolph to be head of the New York City Housing Authority. Randolph declined but Crosswaith took the position instead.

Frank Crosswaith died on June 17, 1965, in New York City at the age of seventy-two. Although several of his projects for sociopolitical change were short-lived, he is remembered for his vision of racial inclusion in the labor movement and worker solidarity.