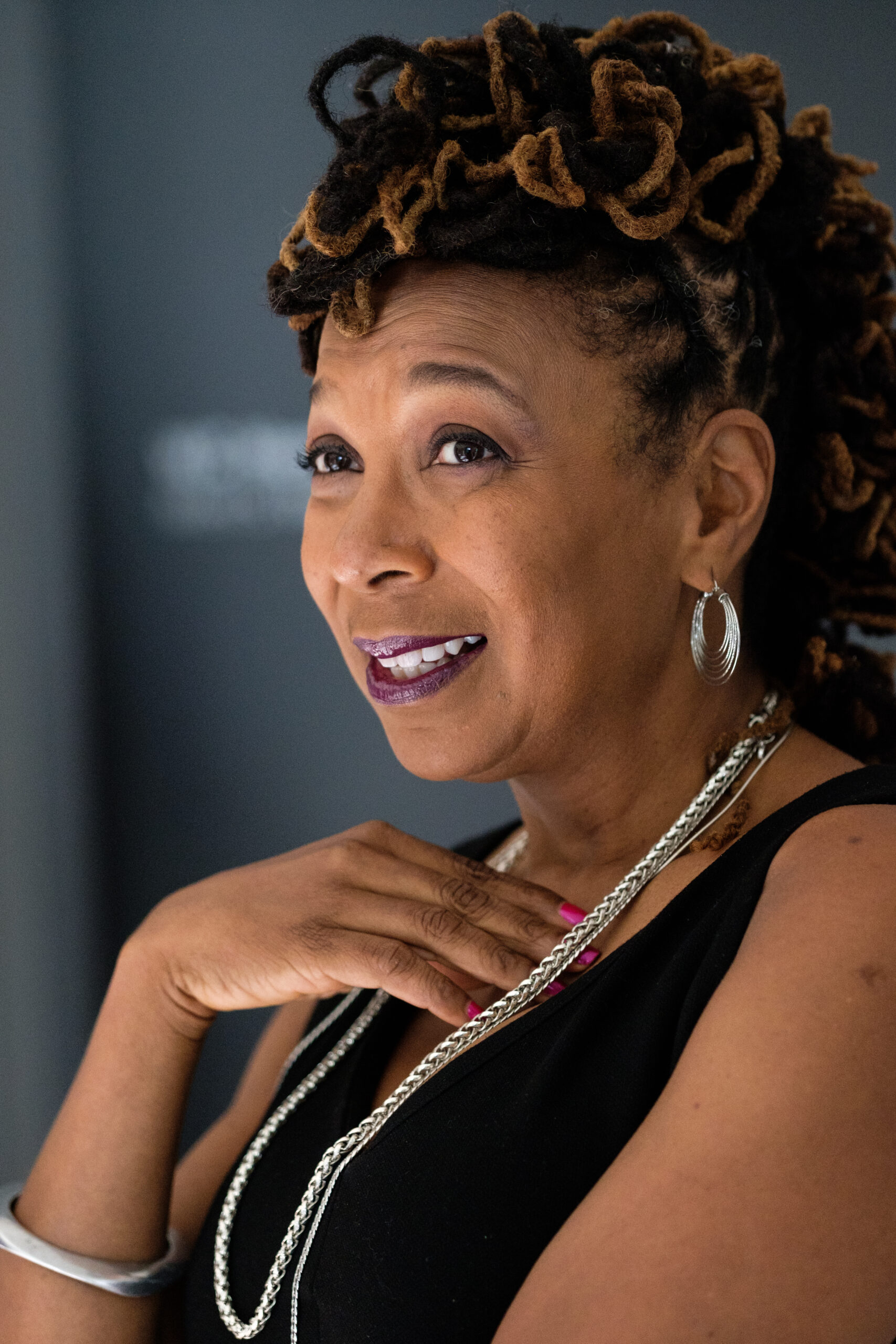 Kimberle Crenshaw is a Professor of Law and an advocate and educator for civil rights, race studies, constitutional law, and social inclusion. She currently teaches at the University of California, Los Angeles (UCLA), as well as Columbia University.

Crenshaw was born in Canton, Ohio in 1959 to Marian and Walter Clarence Crenshaw, Jr.. She attended Canton McKinley High School. Following her high school graduation, Crenshaw attended Cornell University, where she was a member of the Quill and Dagger senior honors society. She graduated from Cornell in 1981 with a bachelor’s degree in government and Africana studies.

During her time at Cornell, Crenshaw began to realize that the gender aspect of race was underdeveloped in college curricula. She found that classes were taught with the subjects of race and gender being separate from one another. Although the concept of “intersectionality” was already being discussed in conversations about people’s identities and shaping experiences, the term was not formally recognized until Crenshaw introduced it to feminist theory in the 1980s.

After Cornell, Crenshaw attended Harvard University Law School, receiving a J.D. in 1984.  She then got a Masters of Law degree from the University of Wisconsin, in 1985, where she was a William H. Hastie Fellow as well as a law clerk to Wisconsin Supreme Court Judge Shirley Abrahamson.

Crenshaw joined the faculty at UCLA where she became a founder and leader of the movement called Critical Race Theory. Crenshaw’s social interests have been reflected in her teachings; she is a specialist in the fields of black feminist legal theory, race, gender, and racism in the law. She was nominated as Professor of the Year by both 1991 and 1994 graduating classes at UCLA.

Crenshaw’s work and theories have been embraced by scholars around the world.  She lectures on race and related topics across the country and in Europe, Asia, Africa, and South America. In 2000, Crenshaw wrote the background paper on Race and Gender Discrimination for the United Nations’ World Conference on Racism.

In 1996, Crenshaw co-founded the African American Policy Forum. AAPF is an organization provides research-backed ways for people to advance social inclusion. She continues to serve as Executive Director of the organization. She is also a member of the National Science Foundation’s committee where she researches violence against women and she facilitates the Bellagio Project, an international network of scholars and prominent individuals from five nations who work with the concept of social inclusion.

Crenshaw has authored a number of books. Her writings revolve around civil rights, black feminist legal theory, race, racism, and the law. She has been recognized for her contributions to the field of law, race, and social justice and in 2007 was awarded the Fulbright Chair for Latin America in Brazil.  Ms. Magazine named her the “No. 1 Most Inspiring Feminist” in 2015, and was recently given the 2016 Outstanding Scholar Award for Fellows of the American Bar Foundation.