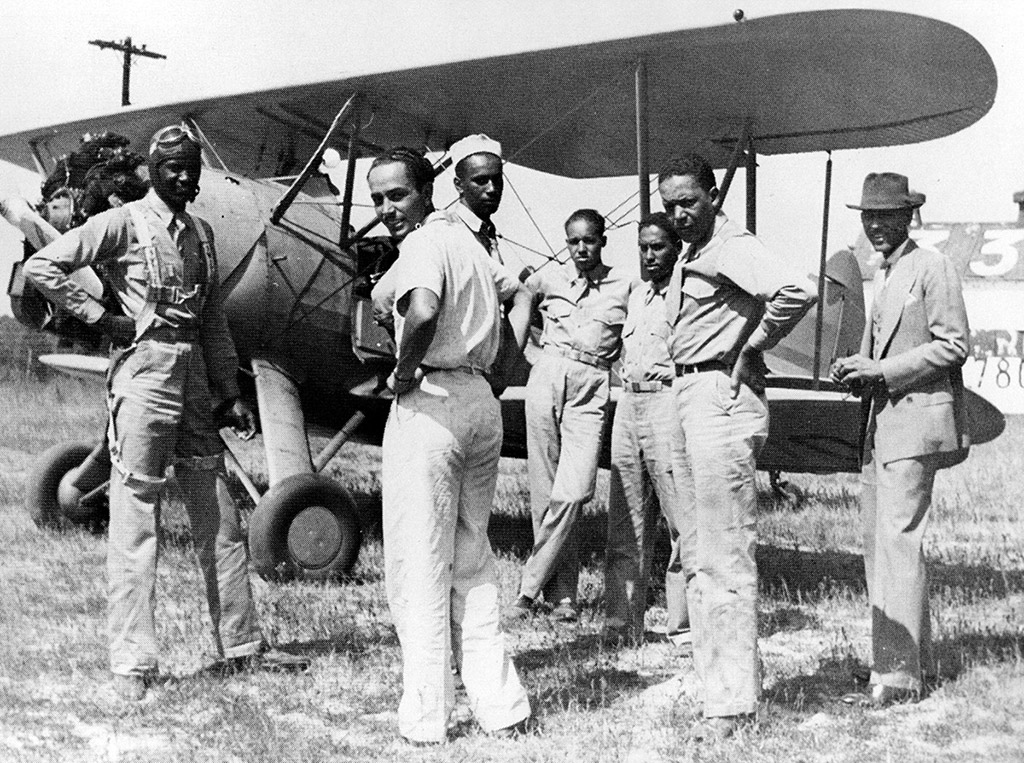 Milton Crenchaw was a flight instructor and one of the original Tuskegee Airman. He was the first African American from Arkansas to receive training from the federal government to become a civilian licensed pilot.

Milton Pitts Crenchaw was born on January 13, 1919, in Little Rock, Arkansas to Ethel Pitts Crenchaw, a beautician, and Reverend Joseph C. Crenchaw. Milton Crenchaw studied auto mechanics at Dunbar Junior College and enrolled in the mechanical engineering program at Tuskegee Institute in 1939. He was in the school’s pilot training program but did not continue his studies after earning his pilot’s license.

He learned to fly at Gunter Airfield (now Maxwell Air Force Base) near Montgomery, Alabama. In 1940, pioneering African-American aviator Charles A. Anderson persuaded Crenchaw to become a flight instructor for the newly formed Tuskegee Airmen. He served in that capacity from 1941 until 1946, training hundreds of African American cadets and pilots at various airfields around Tuskegee Institute.

In 1947, Crenchaw returned to Little Rock and opened a flight school at Philander Smith College. Crenchaw persuaded college administrators to incorporate aviation education and basic training into the curriculum at the college making it, along with Tuskegee, the only college to offer courses in that field. Crenchaw taught classes at Adams Airfield (now Little Rock National Airport) in a small building provided by Central Flying Service (CFS). He taught aviation at the school for six years and was employed as a crop-duster by CFS founder, Claude Holbert. In 1953, Crenchaw was hired as a civilian flight instructor to train Army Air Corps pilots at the 31st Air Defense Artillery Brigade in Fort Sill, Oklahoma. He later trained pilots at Fort Stewart, Georgia and Fort Rucker, Alabama. Milton Crenchaw retired as a civilian flight instructor for the United States military in 1983.

Milton Crenchaw was a Civilian Pilot Training Program (CPTP) supervising Squadron Commander of the 66th Army Air Forces Flight Training Detachment of the Tuskegee Airmen. In 1998, Crenchaw was inducted into the Arkansas Aviation Hall of Fame, and in 2007 Arkansas Governor Mike Beebe honored Crenchaw for his historic efforts as a Tuskegee flight instructor and service to his country. That same year Crenchaw, along with other surviving Tuskegee Airmen, were awarded the Congressional Gold Medal by President George W. Bush in Washington, D.C.

In 2009, Milton Crenchaw and other Tuskegee airmen were invited to attend the inauguration of President Barack Obama. Crenchaw continued to give public presentations on history, racial equality, and the Tuskegee Airmen in his retirement. In 2010, he was the Grand Marshall of the African American Day Parade in Shreveport, Louisiana, and February 6, 2010 was Milton Crenchaw Day in Shreveport.  In 2012, the city of Little Rock named March 20 of that year as Milton Crenchaw Day. Crenchaw was the genesis behind the 2012 book Pioneering African-American Aviators Featuring the Tuskegee Airmen of Arkansas by Edmond Davis as well as one of the pilots on its cover.  In 2013, Crenchaw was awarded an honorary doctorate in humanities from Arkansas Baptist College.  In 2015, the Milton Pitts Crenchaw Aviation Training Academy (MPCATA), a flight school named in his honor, awarded its first scholarships to students.

Milton Pitts Crenchaw died on November 17, 2015 at the age of 96 in Stockbridge, Georgia.