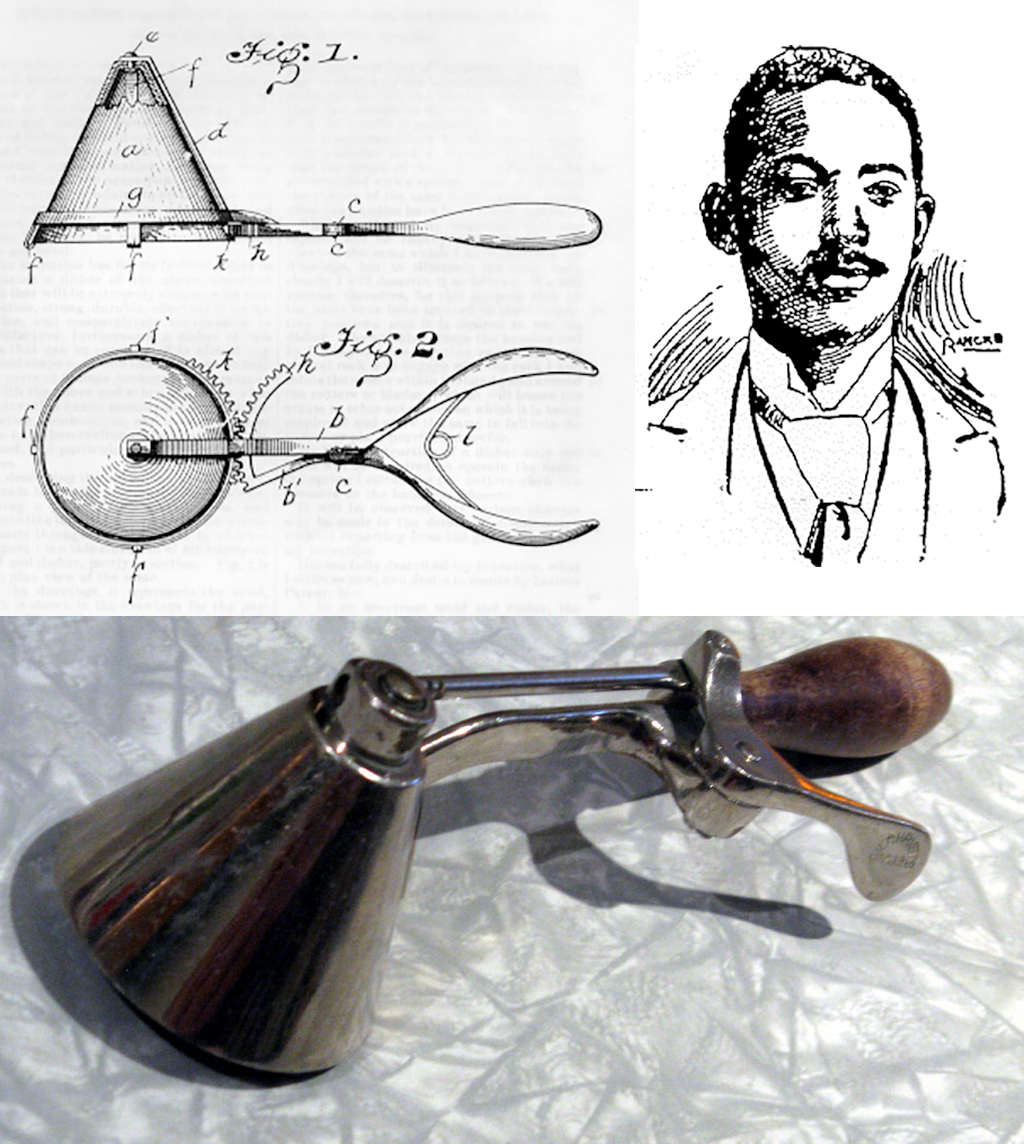 Alfred L. Cralle was an African American businessman and inventor best known for inventing the ice cream scoop in 1897. Cralle was born on September 4, 1866, in Kenbridge, Lunenburg County, Virginia, just after the end of the American Civil War. He attended local schools and worked for his father in the carpentry trade as a young man. During that period, he also became interested in mechanics.

Cralle was sent to Washington D.C., where he attended Wayland Seminary, a branch of the National Theological Institute, one of several schools founded by the American Baptist Home Mission Society immediately after the Civil War to help educate newly freed African Americans.

After attending the school for a few years, Cralle moved to Pittsburgh, Pennsylvania, where he worked as a porter at a drugstore and at a hotel. While working at the hotel, he developed the idea of the ice cream scoop.  It came to him when he noticed ice cream servers having difficulty getting the popular confection desired by the customer into the cone they were usually holding. The ice cream tended to stick to spoons and ladles, requiring the server to use two hands and at least two separate implements to serve customers.

Cralle responded to that problem by creating a mechanical device now known as the ice cream scoop. He applied for and received a patent on February 2, 1897. The thirty-year-old was granted U.S. Patent #576395.

Cralle’s invention was initially called an Ice Cream Mold and Disher. It was designed to keep ice cream and other foods from sticking. It was easy to operate with one hand. The Ice Cream Mold and Disher was strong, durable, effective, and inexpensive. It could be constructed in almost any desired shape, such as a cone or a mound, with no delicate parts that could break or malfunction.

Cralle was also a successful Pittsburgh business promoter as well. When local Black investors created the Afro-American Financial, Accumulating, Merchandise, and Business Association in Pittsburgh, he was selected as assistant manager.

Cralle did not become famous for the invention of his ice cream scoop. It spread widely so quickly that people soon forgot or never knew Cralle as the inventor. Thus, he never profited from his invention.

Married and with three children, Cralle experienced several personal tragedies. His wife and one of his daughters died in 1918 of an infectious disease. In 1920, he lost his only son to another disease. With their deaths, Cralle’s only surviving immediate family member was daughter Anna Cralle, born in 1910. Later in 1920, Cralle himself was killed in an automobile accident in Pittsburgh, Pennsylvania.