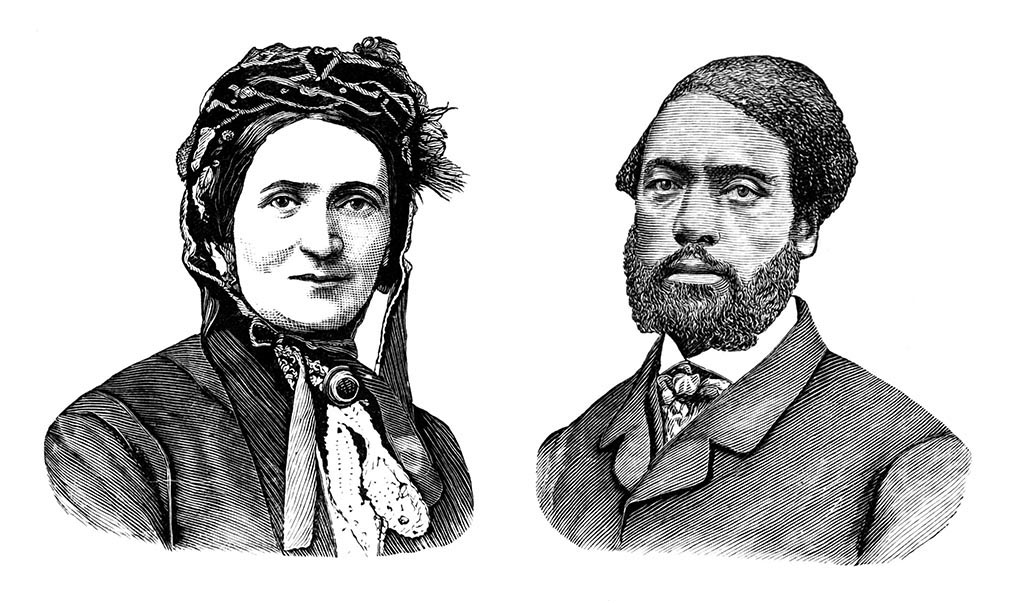 William and Ellen Craft were born into slavery.  William was born in Macon, Georgia to a master who sold off his family to pay his gambling debts.  William’s new owner apprenticed him as a carpenter in order to earn money from his labor.  Ellen was born in Clinton, Georgia and was the daughter of an African American slave and her white owner.  Ellen had a very light complexion and was frequently mistaken for a member of her white family.  At the age of 11, she was given away as a wedding gift to the Collins Family in Macon, Georgia.  It was in Macon, Georgia where William and Ellen met.

In 1846 Ellen and William were allowed to marry, but they could not live together since they had different owners.  The separation took its toll and they started to save money and plan an escape.  In December of 1848, the Crafts escaped enslavement.  Ellen’s light complexion allowed her to dress as a white man.  She then claimed William was her slave.  This plan worked and they settled in Boston, Massachusetts, where they became famous because of their remarkable and romantic escape.  Their story briefly generated a sizeable income.

With their new wealth, the Crafts started a successful furniture business.  In their spare time, Ellen and William participated in antislavery lectures with fugitive slave William Wells Brown.  In 1850 Congress passed the Fugitive Slave Act as part of the Compromise of 1850.  Consequently two slave catchers, Willis Hughes and John Knight, traveled north to capture the Crafts.  The town of Boston sheltered the couple and kept them away from the bounty hunters, but the Crafts no longer felt safe anywhere in the United States and moved to England in 1851.

The Crafts settled in West London where they became public figures in the British abolitionist movement.  They published their story of escape in 1860 called Running a Thousand Miles for Freedom and lectured in England and Scotland.  In addition to their abolition work they also raised five children, taught school and ran a boardinghouse.  William also set up commercial and mercantile agreements in West Africa.

After 19 years in England, the Crafts returned to the United States in 1870.  They settled outside of Savannah, Georgia where they opened the Woodville Co-operative Farm School in 1873 to teach and employ newly freed slaves.  Although the school was initially successful, by 1876, some of its financial backers accused William Craft of taking donations for his own use.  He sued for libel but lost in court.  The school closed due to lack of funding.  The Crafts eventually lost the farm because of a dramatic decrease in the price of cotton in the mid-1880s.  In 1890 William and Ellen Craft moved to Charleston, South Carolina to live with their daughter.  Ellen Craft died there in 1891.  William Craft died in Charleston in 1900.