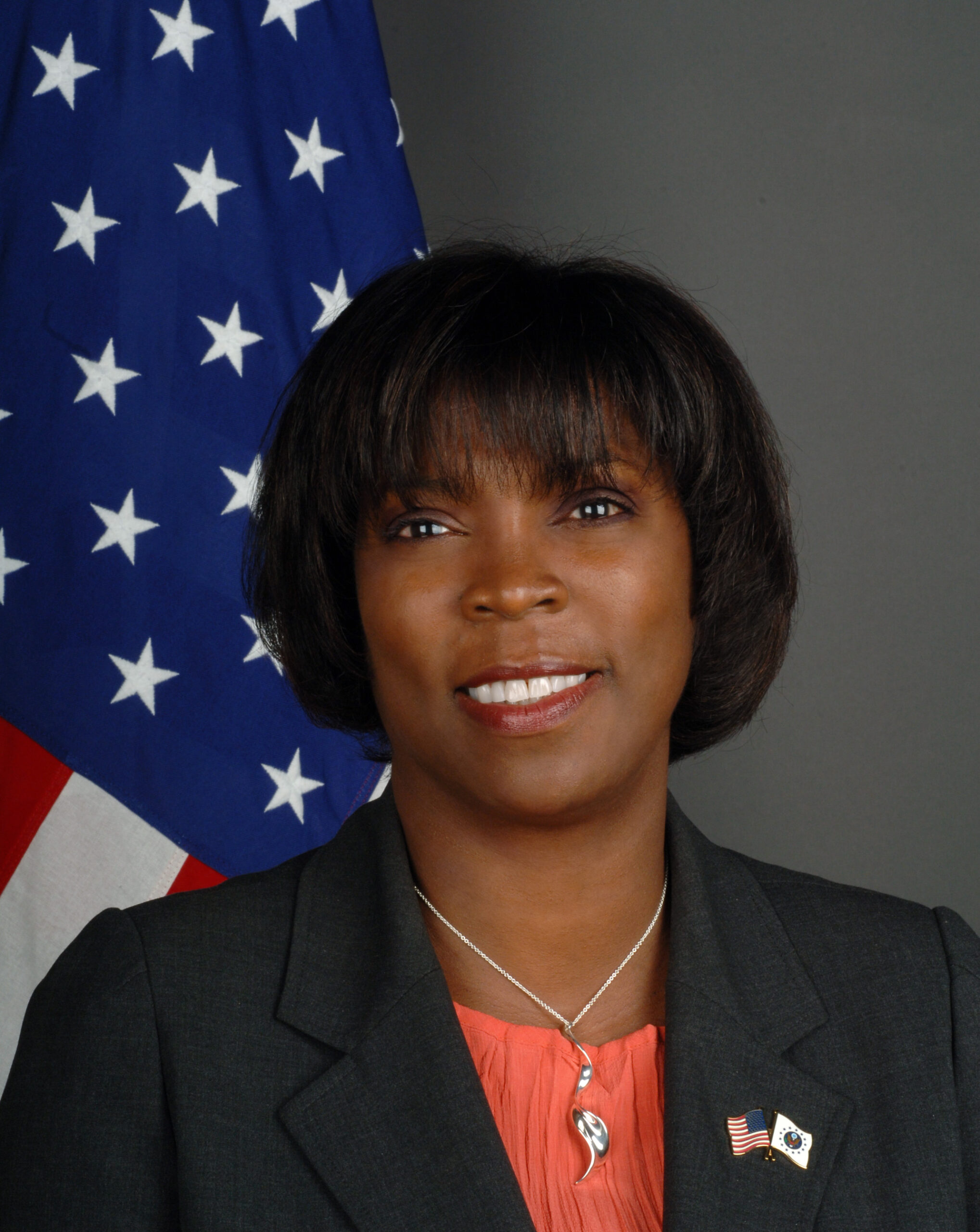 Ertharin Cousin, a diplomat and leading advocate for ending global hunger, was born on May 12, 1957 in Chicago, Illinois to Anne Cousin, who worked in social services, and her husband Julius Cousin, who was a property owner and community development activist.

Upon completion of her law degree, Cousin returned to Chicago, where from 1983 to 1993 she held several positions including Assistant Attorney General and Western Regional Office Director for the Illinois Attorney General’s Office; Deputy Director at the Chicago Board of Ethics; and Director of Government Affairs for AT & T.

In 1993 Cousin became Deputy Chief of Staff for the Democratic National Committee (DNC) and the following year joined the Clinton Administration as White House Liaison at the State Department (1994-1996). She returned to Illinois to run the state Clinton-Gore Re-Election Campaign (1996).  In 1997 President Clinton appointed Cousin to the Board for International Food and Agricultural Development, which advises the U.S. Agency for International Development (USAID) on agriculture issues pertinent to food insecurity in developing countries. She served in that capacity until 2000.

Simultaneously, Cousin worked in the private retail food sector serving as Vice President for Government and Community Affairs for Jewel Food Stores (1997-1999) and held the same position when the company was acquired by Albertson Foods in 1999. In 2001 she was promoted to Senior Vice President for Public Affairs at Albertsons, serving until 2004.  During this time, Cousin also served as the President of the company’s corporate foundation, responsible for its philanthropic activities which included feeding the poor and hungry.

In 2004 Cousin joined the nation’s largest domestic-based hunger relief organization, Feeding America, a network of 200 food banks across the United States where she was Executive Vice President and Chief Operating Officer (2004-2006). Cousin helped the organization raise its annual revenue from $20 million to $56 million.  She also led the non-profit’s response to the Hurricane Katrina disaster as Feeding America distributed more than 62 million pounds of food across the Gulf Coast region in 2005.

In 2009 President Barack Obama nominated Cousin to be U.S. Representative to the U.N. Agencies for Food and Agriculture based in Rome, Italy, with rank of Ambassador. After Senate confirmation, Ambassador Cousin travelled to Rome and led the U.S. efforts to help the U.N. eradicate hunger, food insecurity, and malnutrition.

Ambassador Cousin traveled to the world’s most impoverished countries to help guide efforts to increase local food production.  She also led the U.N. effort to bring food relief to Haiti after the massive earthquake there in 2010.  Ambassador Cousin became Executive Director of the U.N.’s World Food Program in 2012. There she leads a staff of nearly 13,500 people serving more than 90 million persons in need in 80 countries around the world.

Cousin’s contributions to domestic and global campaigns against poverty and hunger were recognized in her hometown when the City of Chicago named September 9, 2009 (the day she was confirmed by the U.S. Senate) as “Ambassador Ertharin Cousin Day.” Later, Time magazine named her one of its 100 Most Influential People in 2014 and Forbes magazine ranked her as #47 on its list of “Most Powerful Women” in 2015.

Ambassador Cousin is divorced with one son, Maurice.