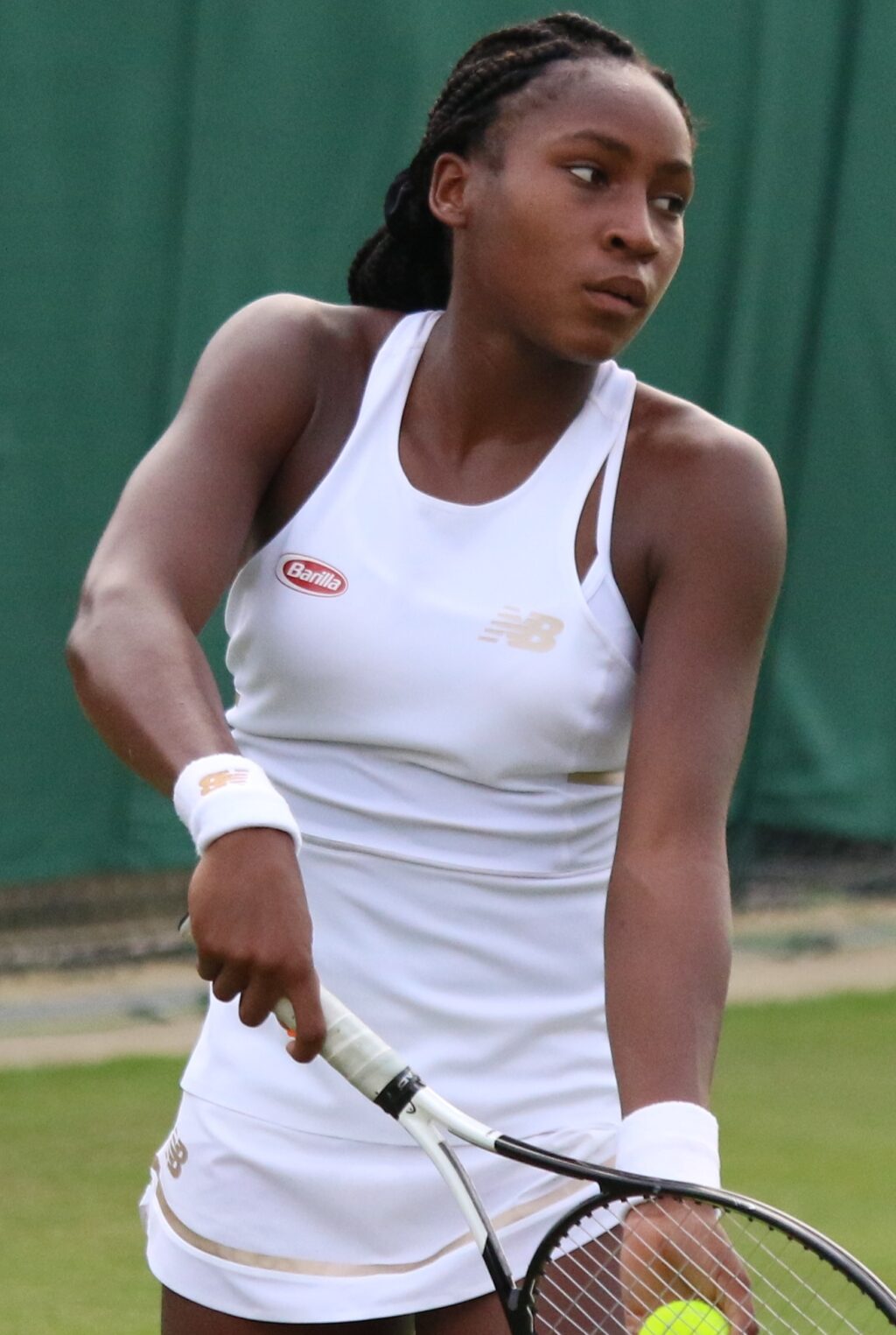 Cori “Coco” Gauff is an African American profession female tennis player, ranked 49th overall by the February 2020 Women’s Tennis Association (WTA) standings. Gauff was born in Atlanta, Georgia, on March 13, 2004 to Candi (Odom) and Corey Gauff. She was homeschooled, and first started playing tennis at the age of six. She wasn’t considered very good at first, but she attended tennis summer camp, and won the “Little Mo” nationals when she was eight years old, where she first met her tennis idol, Serena Williams.

Gauff’s family relocated to Orlando, Florida when she was selected to work with Gerald Loglo at the New Generation Tennis Academy in Florida, before she began training at the Mouratoglou Tennis Academy in France with Patrick Mouratoglou, the longtime coach of Serena Williams. Williams and Gauff met again in 2014 to film a commercial for Delta Airlines while she was training at the academy. Mouratoglou helped to sponsor Gauff through his Champ’Seed Foundation, leading her to become the youngest competitor ever to win the USTA Clay Court National 12-and-under title, at the age of ten.

Throughout her career as a tennis player, Gauff has been the youngest player to become a finalist or win several tournaments. She played on the ITF Junior Circuit at the age of 13, skipping several lower competitions and heading directly into the highest levels of junior tennis competitions. Gauff made it to the semifinals of Les Petits As, a 14-and-under tournament, in 2016 in Tarbes, France. Gauff made her Junior Grand Slam debut at the 2017 US Open in New York City, becoming the youngest finalist in the US Open history. Although Gauff lost her opening round match at the Australian Open to Naomi Osaka, she won her first career Junior Grand Slam tournament title at the French Open later that year, making her the fifth youngest champion to win the title. A month later, with her win at the Grade 1 Junior International Roehampton in England, she became the No. 1 ranked Junior in the world.

Gauff made her professional debut at age 14 on the IFT Women’s Circuit in May 2018, in Osprey, Florida. After a bidding war between Nike and New Balance, Gauff signed her first multi-year sponsorship contract with New Balance in October 2018, and in March 2019, she signed into a multi-year sponsorship contract with Barilla, an Italian food company that also sponsors Roger Federer. When Gauff made her Grand Slam debut in Wimbledon, London on July 1, 2019, she was the youngest female to qualify for the main draw, and she defeated five-time Wimbledon champion Venus Williams in straight sets in the first round. In September 2019, Gauff was beaten by #1 ranked player, Naomi Osaka, but in January 2020, Gauff defeated Osaka in the third round at the Australian Open.

Gauff is currently taking online classes to finish high school, while the tennis season is on pause due to COVID-19 and the Coronavirus pandemic.