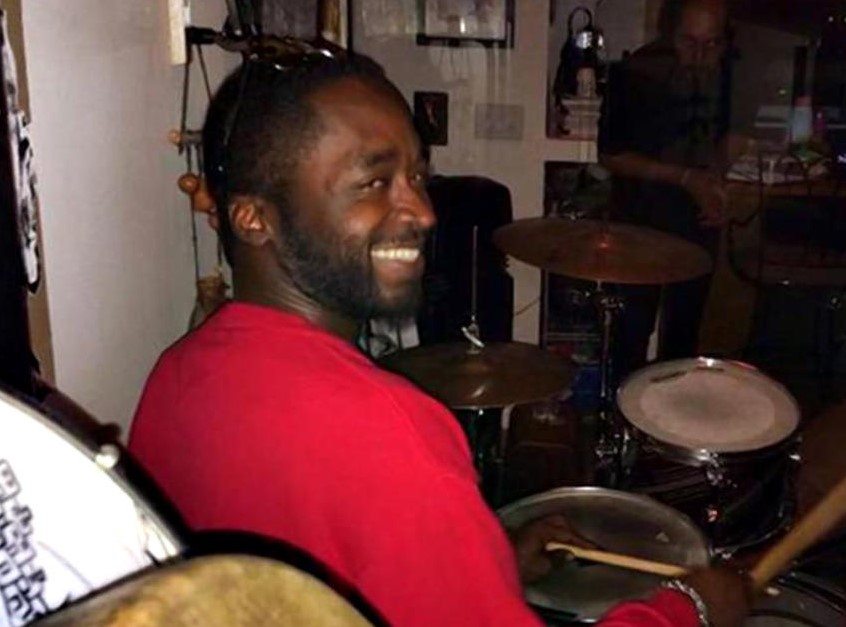 The shooting death of 31-year-old Corey Lamar Jones in 2015 by Pakistani-American police officer Nouman K. Raja when Jones was waiting by his disabled car contributed to the growth of the Black Lives Matter movement. The incident sparked national protests similar to those in the wake of the deaths of Trayvon Martin, Walter Lamar Scott, and Samuel DuBose.

Jones was born on February 3, 1984 to Clinton Jones Sr. and Anita Banks in Palm Beach Gardens, Florida. Jones also has siblings, including one brother and three sisters. Jones also had two cousins who are professional athletes playing in the National Football League (NFL): Vince Wilfork and Anquan Boldin.

Corey Jones attended Santa Luces Community High School where he was on the school football team. After graduating from high school in 2002, Jones attended the University of Akron in Akron, Ohio where he double-majored in music and business administration and earned both degrees upon graduation in 2006. After graduation Jones worked as a youth mentor for a nonprofit organization, My Brother’s Keeper. He was also an Inspector/ Assistant Property Manager and part-time drummer for a band called Future Presidents at his church, the Bible Church of God in Boynton Beach, Florida.

On October 18, 2015, at around 3:15 a.m., Officer Nouman Khan Raja of Palm Beach Gardens police department, who at the time was working as a plainclothes undercover police officer, responded to a phone call of a disturbance at the Marriott Hotel in Palm Beach Gardens, Flordia. Raja spotted a Hyundai Santa Fe parked on the west shoulder of the I-95 off-ramp near the hotel. Raja thought the car was an abandoned SUV but Jones was sitting in the Hyundai because he was having car trouble at the time after returning for a performance with his band at the Johnny Mangos Bar and Grill in Jupiter, Florida. Despite his car problems, Jones told his brother not to come and get him since he needed his car for church the next morning and he didn’t want to abandon it. Jones’s bandmate Matthew Huntsburger came to help him by bringing oil, but they could not get the car running. Jones also called the Florida Highway Patrol’s AT&T hotline to get help as well.

After Huntsburger left, Officer Raja stopped and approached Jones. They exchanged words before Raja opened fire, shooting Jones six times and killing him. After an investigation of the shooting, on June 1, 2016, a Palm Beach County grand jury charged Raja with manslaughter by culpable negligence and attempted first-degree murder with a firearm. On March 7, 2019, Raja was found guilty and on April 25, 2019, he was sentenced to 25 years in prison. Raja is currently incarcerated at the Wakulla Correctional Institution located in Tallahassee, Florida.

The Corey Jones killing was the catalyst for a series of protests by NFL players sparked by San Francisco 49ers Quarterback Colin Kaepernick kneeling during the playing of the National Anthem at a pre-season game with the Green Bay Packers on August 26, 2016. Kaepernick was suspended and eventually released from the team but his protest created a national uproar and debate about the role of professional athletes in social protest. It also prompted an NFL-sponsored commercial, giving national attention to the Corey Jones death at the 2020 Super Bowl.