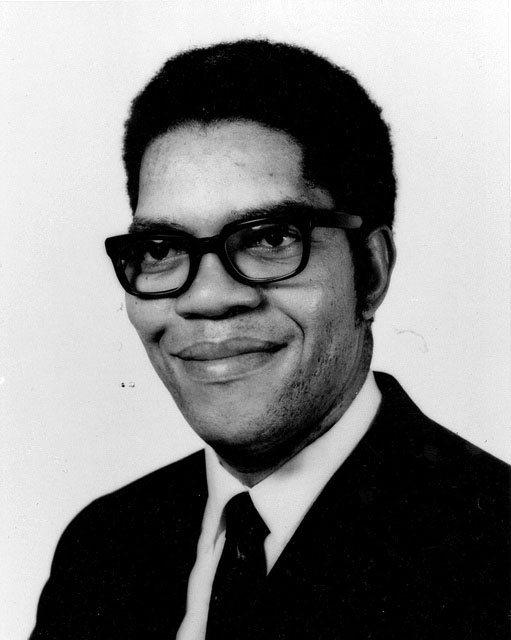 Born on November 21, 1928 in Griffin, Georgia, Cook’s father was a Baptist minister who instilled a passion for education in all of his children. Samuel DuBois Cook entered all-male Morehouse College in Atlanta, Georgia in 1943 with his friend Martin Luther King, Jr. (1929-1968) when they were both 15 years of age.  Both boys participated in the Morehouse early admission program during World War II that sought to fill the college’s classrooms when many older students were in the U.S. military. At Morehouse, Cook became student body president and founded the campus chapter of the National Association for the Advancement of Colored People (NAACP). He earned a BA degree in history in 1948. He went on to earn an MA (1950) in political science and a Ph.D (1954) from Ohio State University.

After a short stint in the U.S. Army in 1955, Cook taught political science at Southern University in Baton Rouge, Louisiana. Then, in 1956, he moved to Atlanta University and became politically active working on black voter registration with the local NAACP chapter. As chair of the school’s political science department in the early 1960s, Cook moderated forums that involved emerging civil rights leaders such as Martin Luther King, Jr., along with a younger generation of student activists.

In 1966, Cook was appointed a professor in the Duke University political science department. Nine years later, Cook was chosen to serve as president of Dillard University, a historically black liberal arts institution in New Orleans. He served as president for 22 years, retiring in 1997. During his tenure at Dillard, President Cook initiated a Japanese language studies program (the first at a historically black college) and founded the Center for Black-Jewish Relations. In 1977, three years after he left Duke, faculty and students founded the Samuel DuBois Cook Society in his honor to promote the development of black studies at the school.

Dr. Samuel DuBois Cook, although retired, continues to lecture at universities and colleges around the country and has served on the board of trustees of The King Center in Atlanta since its founding in 1968.  Dr. Cook is a member of Sigma Pi Phi Fraternity.