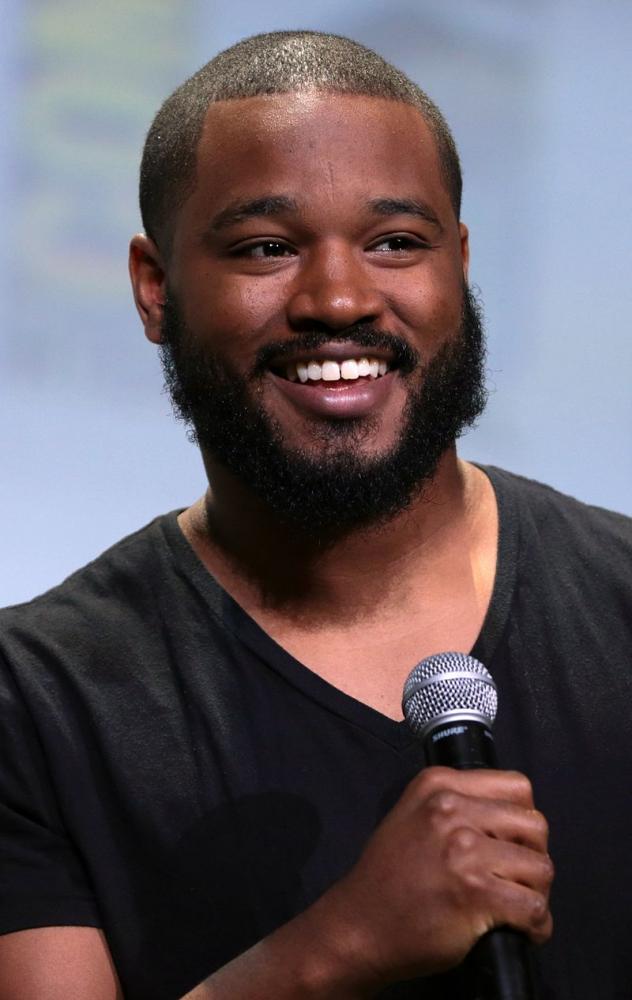 Ryan Kyle Coogler is an American director and screenwriter. At the 2013 Sundance film festival he received the prize for best Dramatic film for Fruitvale Station (2013), and his most recent film, Black Panther (2018), is the highest-grossing film by a black director. Born on May 18, 1986 in Oakland, California to Joselyn and Ira Coogler, he has two brothers, Noah and Keenan Coogler, both of whom have played minor roles in one of Coogler’s films, Creed and Fruitvale Station respectively. In 2016 Coogler married Zinzi Evans.

Coogler attended Saint Marie’s College in Moraga, California on a football scholarship. While there he took a creative writing class in which he was asked to write about an emotional experience. This led him writing about the time that his father had nearly died in his arms. Upon reading this his instructor suggested that he consider filmmaking as a means of reaching people.

After Saint Mary’s cancelled its football program, Coogler transferred to Sacramento State, again on a football scholarship. There he switched his major to finance, while also taking film classes. Upon graduation he was accepted to the University of Southern California film school where he spent the first semester living out of his car. While there he worked on several short films, the most notable being Fig, which told the story of a woman working as a prostitute and trying to take care of her daughter.

Coogler’s feature length writing and directorial debut was Fruitvale Station (2013). The film stars Michael B. Jordan, Melonie Diaz, and Octavia Spencer. Taking place on New Year’s Eve 2008, it recounts the true story of Oscar Grant as he goes about his day in the 24 hours preceding his being shot and killed by Bay Area Rapid Transit (BART) Officer Johannes Mehserle at the Fruitvale district station in Oakland, California. The film was critically praised, winning the U.S. Grand Jury Prize for a dramatic film at the 2013 Sundance Film Festival, and earning Coogler the Golden Camera award at the 2013 Cannes Film Festival.

Coogler’s next film was the Rocky sequel/ spin-off Creed (2015). Coogler directed and co-wrote the film with Aaron Covington. It stars Michael B. Jordan, Sylvester Stallone, and Tessa Thompson. The story follows Adonis Creed, son of Rocky Balboa’s deceased friend/rival Apollo Creed, as he looks to Rocky for guidance on his journey to follow in his father’s footsteps and become a boxer. The film was critically acclaimed and earned Sylvester Stallone both an Oscar and a Golden Globe for best Supporting Actor.

Coogler’s most recent feature film was Black Panther (2018), which he directed and co-wrote with Joe Robert Cole. The film stars Chadwick Boseman, Michael B. Jordan, and Lupita Nyong’o. The story follows T’Challa, king of the fictional African country of Wakanda, as he struggles to determine the right path for his nation while facing a new threat in the form of Erik Stevens (Killmonger), an American-raised Wakandan intent on usurping the throne.  Black Panther marked the first time a Marvel film had a black director, and a majority black cast. Since release, it has also become the highest grossing film to date with a black director.