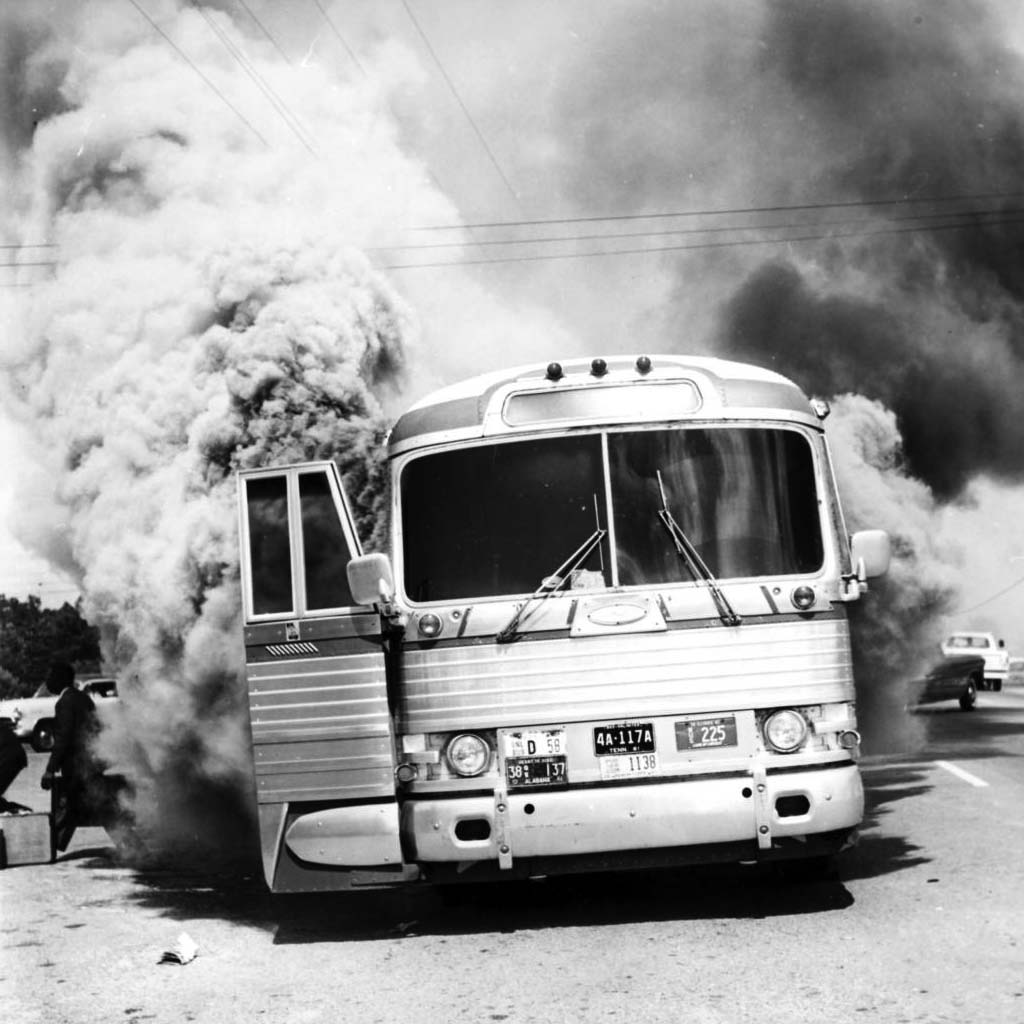 The Congress of Racial Equality pioneered direct nonviolent action in the 1940s before playing a major part in the civil rights movement of the 1950s and 1960s.  Founded by an interracial group of pacifists at the University of Chicago in 1942, CORE used nonviolent tactics to challenge segregation in Northern cities during the 1940s.  Members staged sit-ins at Chicago, Illinois area restaurants and challenged restrictive housing covenants.  Early expansion beyond the University of Chicago brought students from across the Midwest into the organization, and whites made up a majority of the membership into the early 1960s.

Civil rights activists from other organizations used CORE’s nonviolent tactics during the Montgomery Bus Boycott, but CORE did not establish a presence in the South until 1957.  When it came to the South, CORE orchestrated or participated in some of the civil rights movement’s most iconic struggles.  In 1961 CORE’s newly installed national director, James Farmer, Jr., organized the Freedom Rides to test a recent United States Supreme Court decision integrating interstate buses and stations.  Seven black and six white volunteers met staggering violence as they rode buses through the Deep South.  Shocking television images of mob violence (and the inaction of local and national authorities) gained national attention.

CORE cosponsored the March on Washington in 1963.  The next year CORE volunteers participated in Freedom Summer, a project that brought white Northerners to Mississippi to register black voters.  Again, Southern racists reacted violently.  With the help of local police, Ku Klux Klansmen in Philadelphia, Mississippi killed three CORE volunteers at the beginning of the summer.  Two of the victims were white, and the incident gained national attention and led to an increased federal presence in Mississippi.  Still, violence continued, and tensions ran high between white and black volunteers.

The next few years would see drastic shifts in CORE’s philosophy.  The horror of Southern violence and the radicalization of other groups led many CORE members to move away from principles of nonviolence.  They also began to adopt principles of Black Nationalism.  In 1966 CORE chose a new, more militant leader in Floyd McKissick.  Under McKissick, the group initiated short lived programs to fight poverty.  Two years later CORE barred whites from membership and chose Roy Innis as its national director.  Innis advocated black entrepreneurship, but his alleged misappropriation of CORE funds weakened the organization.  During the Reagan and Bush administrations, Innis became increasingly conservative.  He moved CORE out of the mainstream of civil rights organizations, opposing busing and supporting welfare reform.  Innis also supported judicial nominees that mainstream civil rights groups opposed, including Robert Bork and Clarence Thomas.  He remained CORE’s leader in 2007.