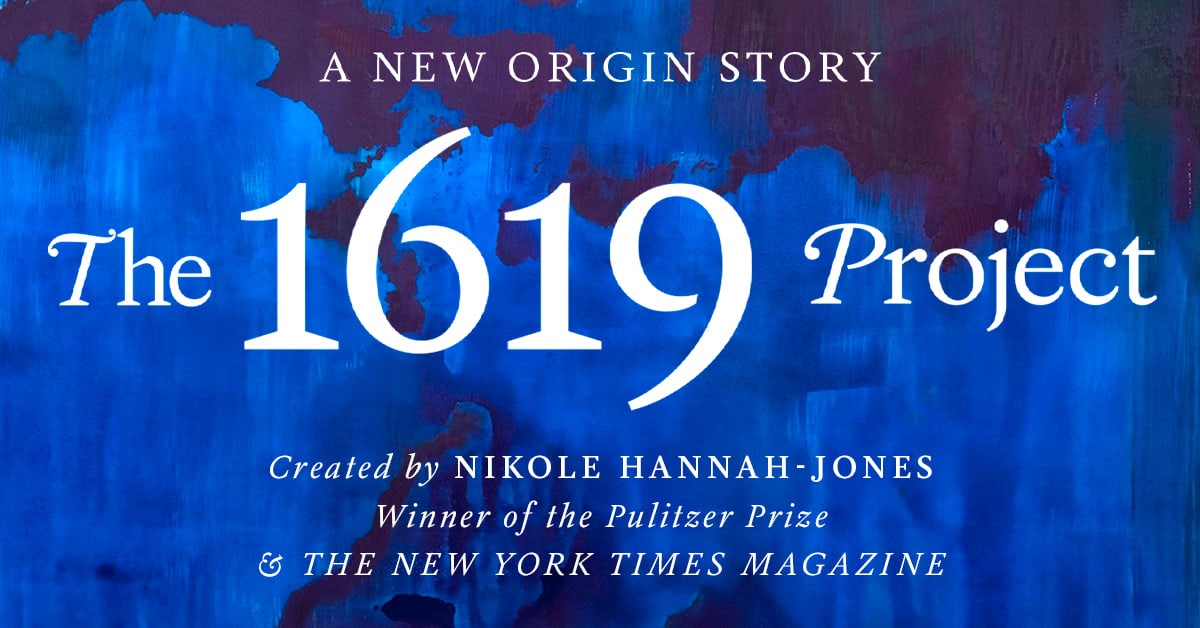 The 1619 project was a collection of essays, poems, and photos surrounding the origins of slavery and subsequent inequalities in the United States, published on August 14, 2019 in the New York Times Magazine, commemorating the 400th anniversary of first arrival of enslaved Africans to the English colony of Virginia. The project was developed by a team of New York Times journalists and editors led by investigative journalist Nikole Hannah-Jones to discuss the practice of slavery and subsequent inequalities faced by Black people in the United States. On May 4th, 2020, Hannah-Jones received the 2020 Pulitzer Prize for Commentary for her introductory essay, “America Wasn’t a Democracy Until Black Americans Made It One.” The Pulitzer Center went on to collaborate with the New York Times to develop the 1619 Project Curriculum which provided reading guides, activities, and other resources for educators to introduce the 1619 project into their classrooms. The project also received further collaborations from the Smithsonian and Random House, producing special edition publications for both. It has since then expanded to podcasts, live events and further publications.

The project met with much controversy for centering the 1619 sojourn as the birth of United States, as opposed to the signing of the 1776 Declaration of Independence, and for de-centering enslaved Africans brought to North America by other colonial powers almost a century before. One of the most contested assertions in the 1619 Project was that the war of independence was a preemptive strike against the abolitionist currents that would soon brew in Great Britain. It elicited a range of reactions from historians and other journalists, many of whom accused the project of creating false connections between contemporary American issues and slavery and making deliberate factual inaccuracies for political reasons. The issue of factual inaccuracies was enlarged as the New York Times was also accused of making substantial edits to the original text without accompanying editor’s notes. Others praised the project for centering Black scholarship and challenging the accepted heroic narrative of the founding of the United States.

The 1619 Project soon reached the political arena, particularly surrounding the use of it in classroom curricula. While some politicians, including then senator Kamala Harris, praised the project, opposition to it reached the federal level on September 17, 2020, when former U.S. president Donald Trump convened the 1776 Commission by executive order to develop a curriculum that argued against the project. On January 18, 2021, the commission released the 1776 Report, which was widely criticized for its own factual inaccuracies before the commission was terminated by current US President Joe Biden only two days later. Though still the topic of hot debate, Hannah-Jones and the New York Times continue work ancillary to the 1619 Project.