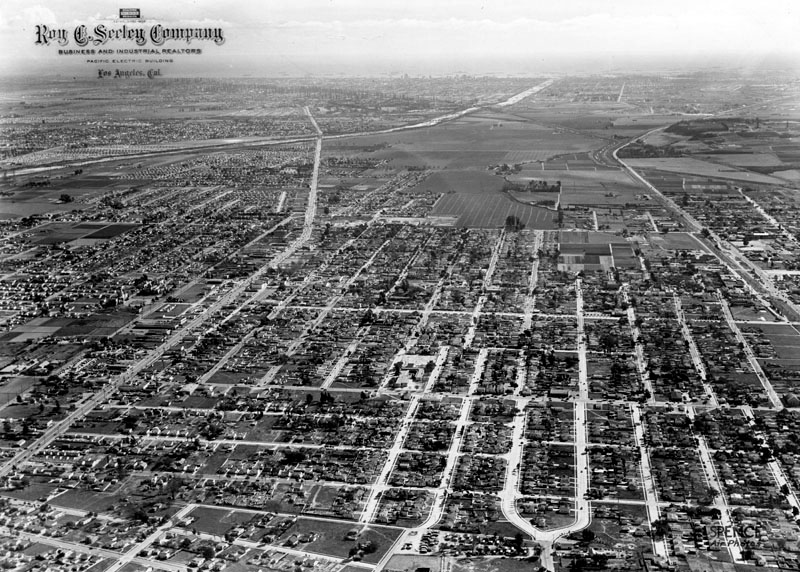 Compton is a city in Southern California, located in south Los Angeles County. Compton was settled in 1867 by thirty pioneer families led by Griffith Dickenson Compton, after whom the city was named. The first black families came to the city just before World War II. Throughout the twentieth century, Compton was a middle-class suburb with relatively inexpensive housing.

Prior to World War II, Compton was 95 percent white. The city adopted racially restrictive covenants in 1921 to bar African Americans and other people of color from the municipality. Civic leaders, real-estate agents, and law-enforcement agencies perpetuated this racial exclusion with their own practices.

Compton’s demographics began to change during the late 1940s and early 1950s. Many African Americans in south central Los Angeles were now prosperous enough to move to Compton. They took advantage of the U.S. Supreme Court’s ban on restrictive covenants in 1948 and began to purchase houses in Compton. Some of the first black families entering Compton neighborhoods were met with violence, vandalism, and terror.

By the mid-1950s, white flight—the process of white families rapidly leaving a neighborhood due to changing racial demographics—was spreading in Compton. Real-estate brokers accelerated this process by scaring white families with threats of low property values due to the new racially integrated neighborhoods. The black population in Compton rose from 5 percent in 1940 to 40 percent in 1960. The Watts Riots of 1965 accelerated black flight from Los Angeles and in turn increased white flight from Compton. By 1970, Compton had become 65 percent African American.

In the early 1960s, while whites still controlled politics and law enforcement, blacks began to make political progress. In 1969, Douglas Dollarhide was elected the first black mayor of Compton. By the 1980s, Compton’s “ghetto” image had emerged as unemployment among black men rose to 10 percent, almost twice the national average for all unemployment.

Growing unemployment and poverty led to a rise in crime and black street gangs. The notorious street gang the “Crips” was founded in 1969 in south central Los Angeles. This triggered the creation of the rival gang, the Bloods, in Compton. By the 1980s this territorial gang-banger environment intensified due to the introduction of crack cocaine into black neighborhoods. In 1988, N****s Wit’ Attitude, or NWA, the famous Compton-based rap group, released Straight Outta Compton, which profiled both gang life and police brutality in the city. Soon after the record’s release, Compton became internationally recognized as a city dominated by gangs and violence.

Gang violence peaked shortly after the riots following Rodney King’s infamous arrest and beating by police in 1992. Nonetheless, by this point, middle-class blacks had begun to flee the city. Compton’s overall population dropped dramatically by the year 2000, as the city became mostly Latino.

Although Latinos are the majority of the population in contemporary Compton, they still lack significant political power or representation. Thirty-one–year-old Aja Brown, an African American woman, was elected mayor in 2013 (and reelected in 2017). While there has been a significant decrease in crime, unemployment remains high and the median income continues to fall. Compton continues to struggle.