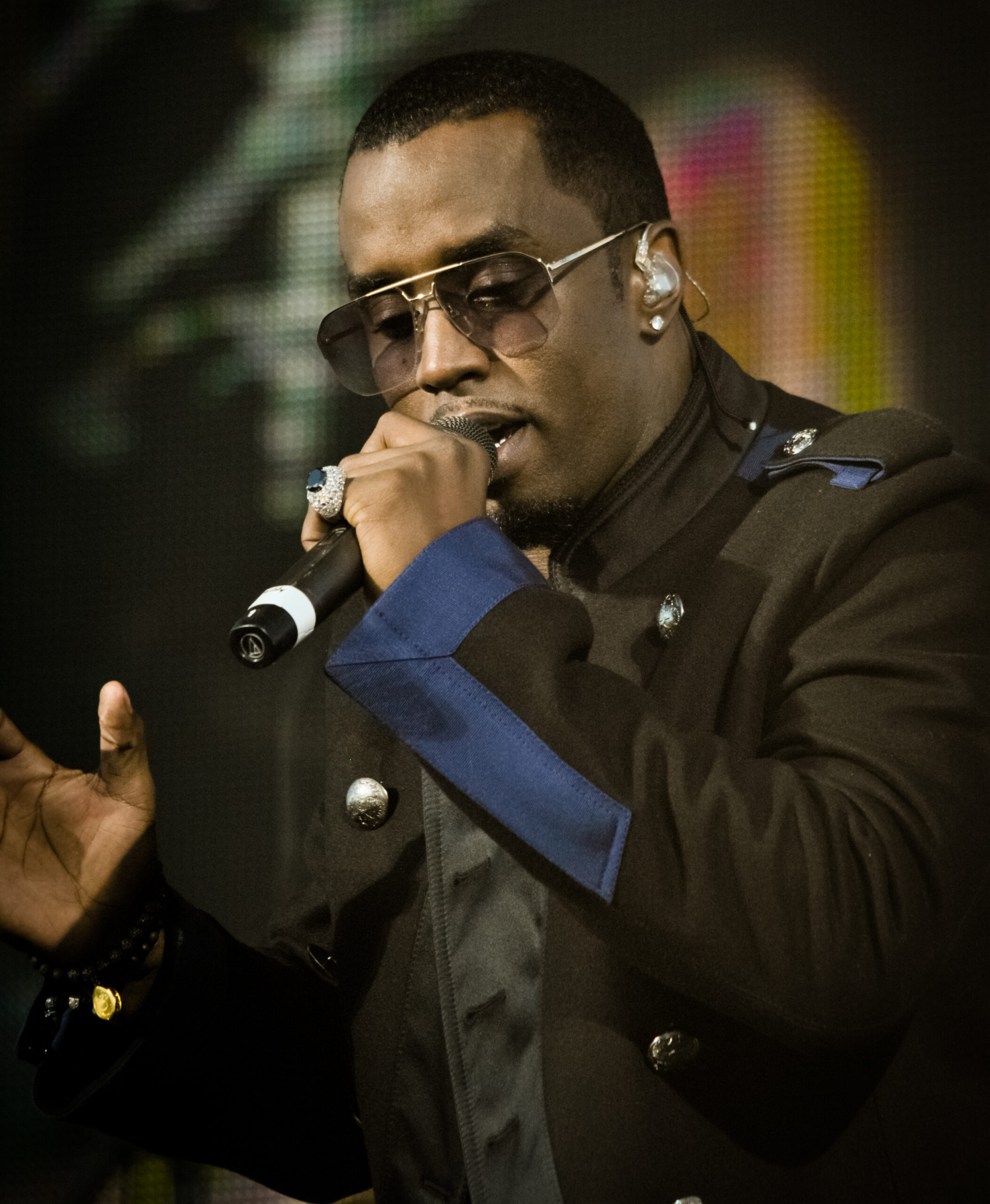 Born November 4, 1970 in Harlem, New York, Sean “Diddy” Combs is a multi-platinum selling producer, rapper, and successful record company executive. Combs was raised in Harlem, where his father was killed when Combs was three.  His mother moved the family to suburban Mount Vernon, New York.  Combs attended Howard University for two years before dropping out to become an intern at Uptown Records in New York. Combs rose to Vice-President of Uptown Records after just a year.  Nonetheless he was fired in 1993.

Combs’s dismissal from Uptown prompted him to start his own label, Bad Boy Entertainment. The next year Bad Boy found success with two rap acts: Craig Mack, and The Notorious B.I.G. (Christopher George Wallace) whose album Ready to Die, released in 1994 went double-platinum and solidified Bad Boy’s place in the rap community.

In March 1997 as Sean Combs — who performed at the time as Puff Daddy — was working on his first solo album, The Notorious B.I.G. was killed.  Combs first solo album No Way Out, which was released in the summer of 1997, included a track that was a tribute to The Notorious B.I.G. and which relied heavily on a sample from the British rock group, The Police, called I’ll Be Missing You.  Combs performed the song live along with B.I.G.’s widow, Faith Evans, R&B group 112, and The Police lead singer Sting at the 1997 MTV Video Music Awards.

A key component to Bad Boy Entertainment releases is Combs’s producing style which relies heavily upon samples from earlier Rhythm and Blues and rock songs. While Combs was not the first producer to sample older songs, his constant use of these songs is unusual in the recording industry.  He has been criticized, however, as has having an over-reliance upon samples.

Despite the criticism Combs has continued to be a major figure in the hip-hoprap community, winning a third Grammy Award in 2004 (he won the first two in 1998).  Although he has changed his stage name three times from Puff Daddy, to P. Diddy, and then Diddy, Combs has managed to run a successful record label, clothing line (Sean John founded in 1998), and act in the Academy Award winning movie Monster’s Ball in 2001.

As well as demonstrating ambition within different forms of media Sean Combs also has retained an interest in social issues. In 2004 Combs was a leading figure in the “Rock The Vote” campaign which encouraged young people, particularly in the hip hop community, to participate in politics.  Sean “Diddy” Combs continues to produce albums and remains an important figure in the hip-hoprap community.