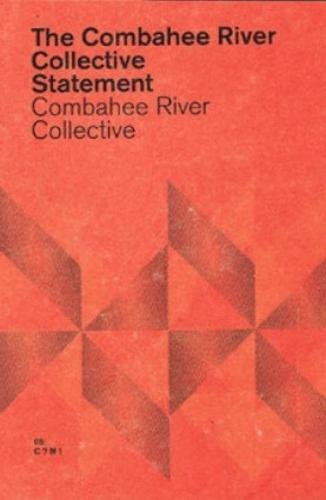 The Combahee River Collective, founded by black feminists and lesbians in Boston, Massachusetts in 1974, was best known for its Combahee River Collective Statement. This document was one of the earliest explorations of the intersection of multiple oppressions, including racism and heterosexism. For the first time in history, black women openly and unapologetically communicated their sexual orientations in the midst of their social justice work, no longer trading their silence for permission to engage in political struggle.

The Collective’s name refers to a resistance action by Harriet Tubman in 1863 in South Carolina, the Combahee River Raid. Tubman freed more that 750 slaves in this unique military campaign, the only one in U.S. history conceived and directed by a woman. After attending the 1973 National Black Feminist Organization’s (NBFO) regional conference, the Collective’s founders began meeting on their own in Boston in 1974. They experienced much disillusionment with the second wave of American feminism from the 1960s along with the civil rights, black nationalism, and Black Panther movements. They thus knew from the beginning that their new platform would include struggles against racial, sexual, heterosexual, and class oppression.

By summer of the Collective’s first year, the members broke from the NBFO to become a separate black feminist group.  The group initially focused on consciousness-raising among black feminists and black women.  Eventually they faced internal disagreements that reflected class and political differences among the members.

Demita Frazier, Beverly Smith, and Barbara Smith were the primary authors of the Combahee River Collective Statement in 1977. They articulated the concept of multiple oppressions, critiquing both sexual oppression in the black community and racism within the wider feminist movement. The authors focused on identity politics and challenging racial-sexual oppressions.   They sought to destroy what they felt were the related evils of capitalism, imperialism, and patriarchy while rejecting the belief in lesbian separatism. Finally their statement acknowledged the difficulties black women faced in their grassroots organizing efforts due to their multiple oppressions.

The Collective sponsored seven black feminist retreats between 1977 and 1980. These retreats, held mainly along the east coast, drew thousands of women. The meetings promoted consciousness-raising but they also allowed the gathering of information and generated needed support for many women who, heretofore, had worked in isolation. One example of the impact of their work came in 1979, after the murder of 12 African American women in Boston.  In response, the Collective organized and linked coalitions across the community in a bi-racial effort to address this tragedy.

The Combahee River Collective disbanded in 1980. Their greatest impact was in preparing the way for current-day community organizing among people of color who face both sexual and racial oppression.