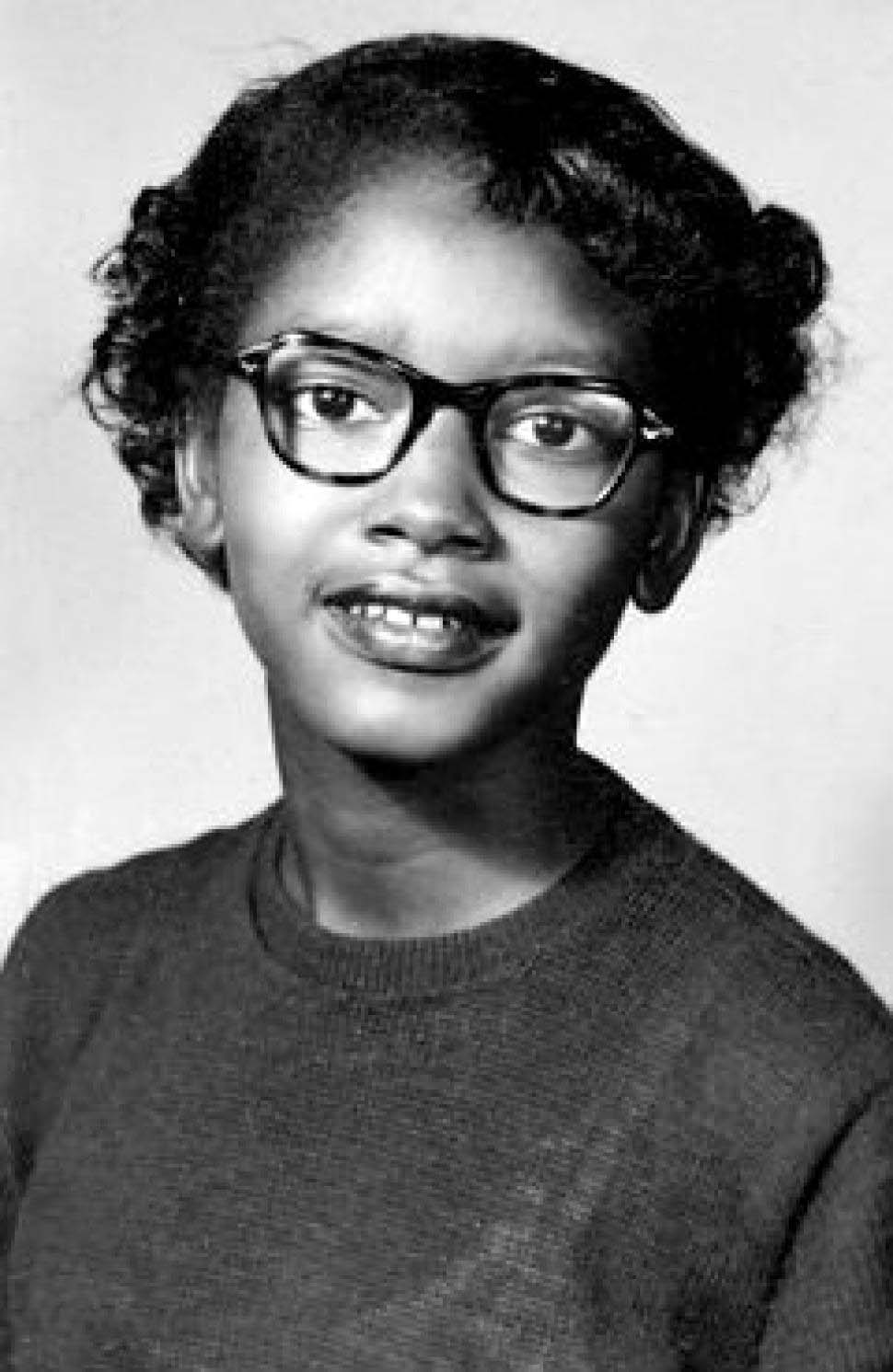 Claudette Colvin, a nurse’s aide and Civil Rights Movement activist, was born on September 5, 1939, in Birmingham, Alabama. Her parents were Mary Jane Gadson and C.P. Austin, but she was raised by her great-aunt and great-uncle, Mary Ann and Q.P. Colvin. Claudette Colvin and her guardians relocated to Montgomery when she was eight. She later attended Booker T. Washington High School in Montgomery.

On March 2, 1955, 15-year-old Colvin, while riding on a segregated city bus, made the fateful decision that would make her a pioneer of the Civil Rights Movement. She had been sitting far behind the seats already reserved for whites, and although a city ordinance empowered bus drivers to enforce segregation, blacks could not be asked to give up a seat in the “Negro” section of the bus for a white person when it was crowded. However, this provision of the local law was usually ignored. Colvin was asked by the driver to give up her seat on the crowded bus for a white passenger who had just boarded; she refused.

Colvin was promptly arrested and taken to the city jail where she was charged with disturbing the peace, violating the city’s segregation ordinance, and assaulting policemen. She appeared in Montgomery juvenile court on March 18, 1955 and was represented by Fred Gray, an African American civil rights attorney. Although she defended her innocence on the three charges, she was found guilty. The court sentenced her to indefinite probation and declared her to be a ward of the state. The Montgomery chapter of the National Association for the Advancement of Colored People (NAACP) looked into her case and initially raised money to appeal her conviction. On May 6, 1955, Colvin’s case was moved to the Montgomery Circuit Court, where two of the three charges against her were dropped, but the charge of assaulting the arresting police officers remained.

In response to Colvin’s conviction, some local community members initiated a boycott of the local bus system. A local civic organization, the Women’s Political Council (WPC), had already voiced their concerns to city commissioners about the city bus line’s poor treatment of blacks and sought a test case to serve as a catalyst for a large local boycott. The WPC, however, did not choose her to be that test case. Colvin and other community activists felt that this was likely due to her youth, her dark skin, and the fact that she was pregnant at the time by a married man.

When the Montgomery Bus Boycott began in December of 1955, the NAACP and MIA filed a lawsuit on behalf of Colvin, and four other women, including Mary Louise Smith, who had been involved in earlier acts of civil disobedience on the Montgomery buses. Colvin served as a witness for the case, Browder v. Gayle, which eventually reached the U.S. Supreme Court. Browder v. Gayle more explicitly overturned Plessy v. Ferguson than Brown v. Board had because, like Plessy, it was specifically about transportation.

Although Colvin’s actions predated the more famous actions of Rosa Parks by nine months, she is much less well known. Colvin decided to speak about her case only after she retired as a nurse’s aide in New York City, New York in 2004.