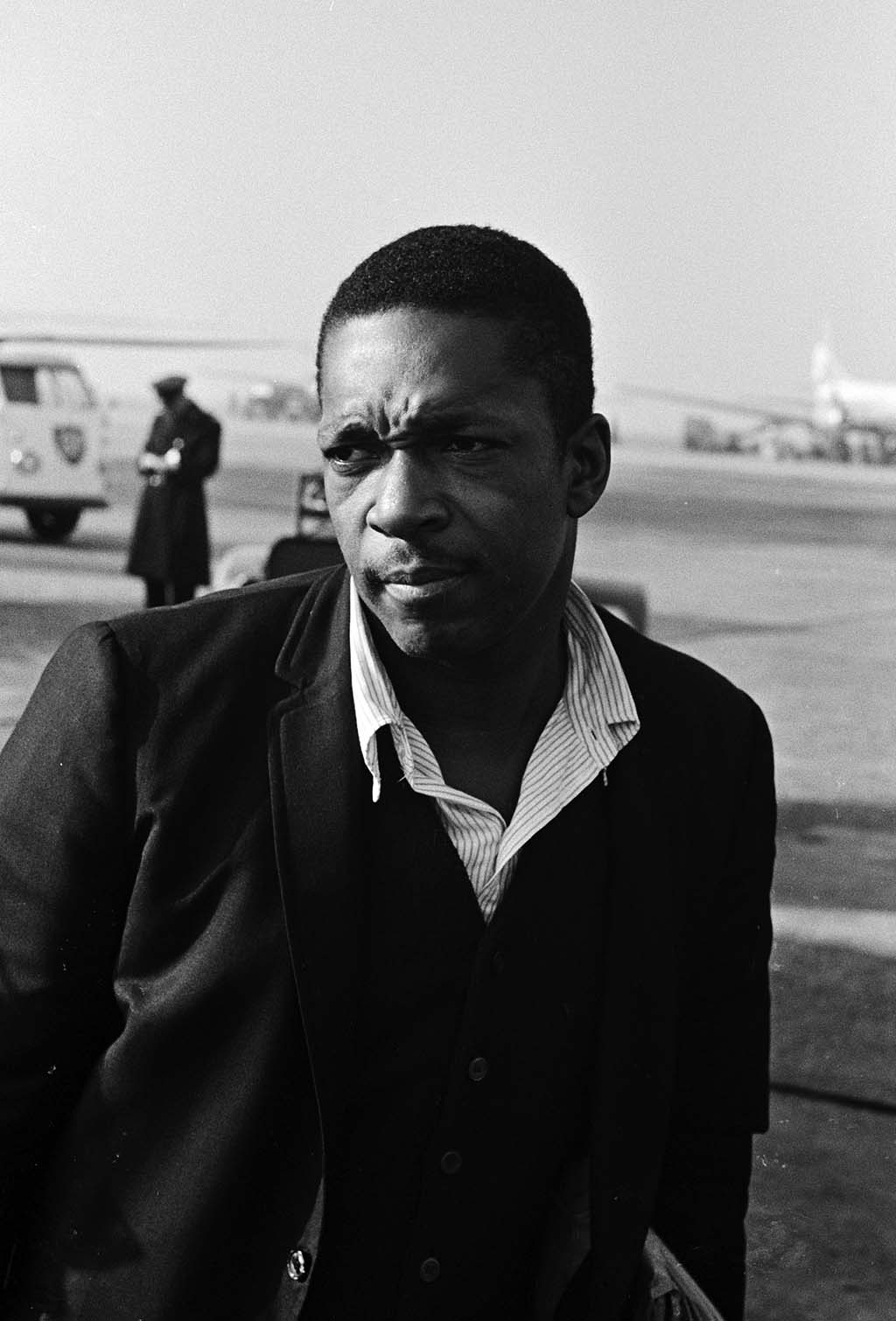 John William Coltrane emerged as one of the most innovative and influential jazz musicians of the 20th century. Born in Hamlet, North Carolina on September 23, 1926, the son of John Robert and Alice Blair Coltrane, he grew up in High Point, North Carolina where his grandfather, Rev. William W. Blair, an African Methodist Episcopal (AME) minister, was one of the community leaders.  John Coltrane’s childhood attendance at his family’s black church shaped the spiritual dimensions of his musical orientation.  Following his father’s death and the family’s sudden impoverishment, he and his mother moved to Philadelphia, Pennsylvania in 1943 to ensure he would have a proper education.  Coltrane’s mother Alice worked as a domestic servant while nurturing her son’s musical interest and encouraged him to enroll at the Ornstein School of Music.

Coltrane’s musical education was interrupted when he was drafted into the U.S. Navy at the end of World War II, where he played with a Hawaii-based naval band.  By this point Coltrane found that he was increasingly attracted to jazz.  After he left the Navy in 1945 he made his professional debut as an artist.  Coltrane worked for a number of bandleaders including Dizzy Gillespie and Earl Bostic.  As his reputation grew, John Coltrane began to work with the most famous jazz artists of the era.  Between 1955 and 1959, he played in a band led by the legendary trumpeter Miles Davis.  He also worked intermittently with the famed jazz pianist Thelonious Monk.

In 1960 John Coltrane formed a group which eventually became known as the Classic Quartet and put into practice a unique compositional and improvisational technique he had developed based on “modal” playing.  Coltrane quickly emerged as the leading jazz tenor saxophonist of the era.  Described by some jazz critics as the “high priest” of avant-garde jazz, Coltrane’s style involved dense, rapidly changing chords with complex extensions built upon each note.  Rejecting traditional harmonies, his quartet soon became a platform for introducing new ideas into jazz.

By the late 1960s as the post-bebop era emerged, John Coltrane had gained status as the cultural saint of the Black Arts movement. A strong supporter of the civil rights movement, Coltrane’s song Alabama, written in response to the 1963 Birmingham church bombing that killed four little girls, symbolized the fusing of his musical, political and cultural consciousness and stood as a model for the emerging black power/ black consciousness movement of the period.  Compositions such as Africa, Liberia, Dahomey Dance, Bakai, Dakar, and Afro Blue celebrated a new black aesthetic and freedom that expressly linked African America with Africa, thus celebrating the pan-Africanist transnational imagination.  Coltrane was revered by a younger generation of revolutionary poets and writers who found comfort and inspiration in his music.