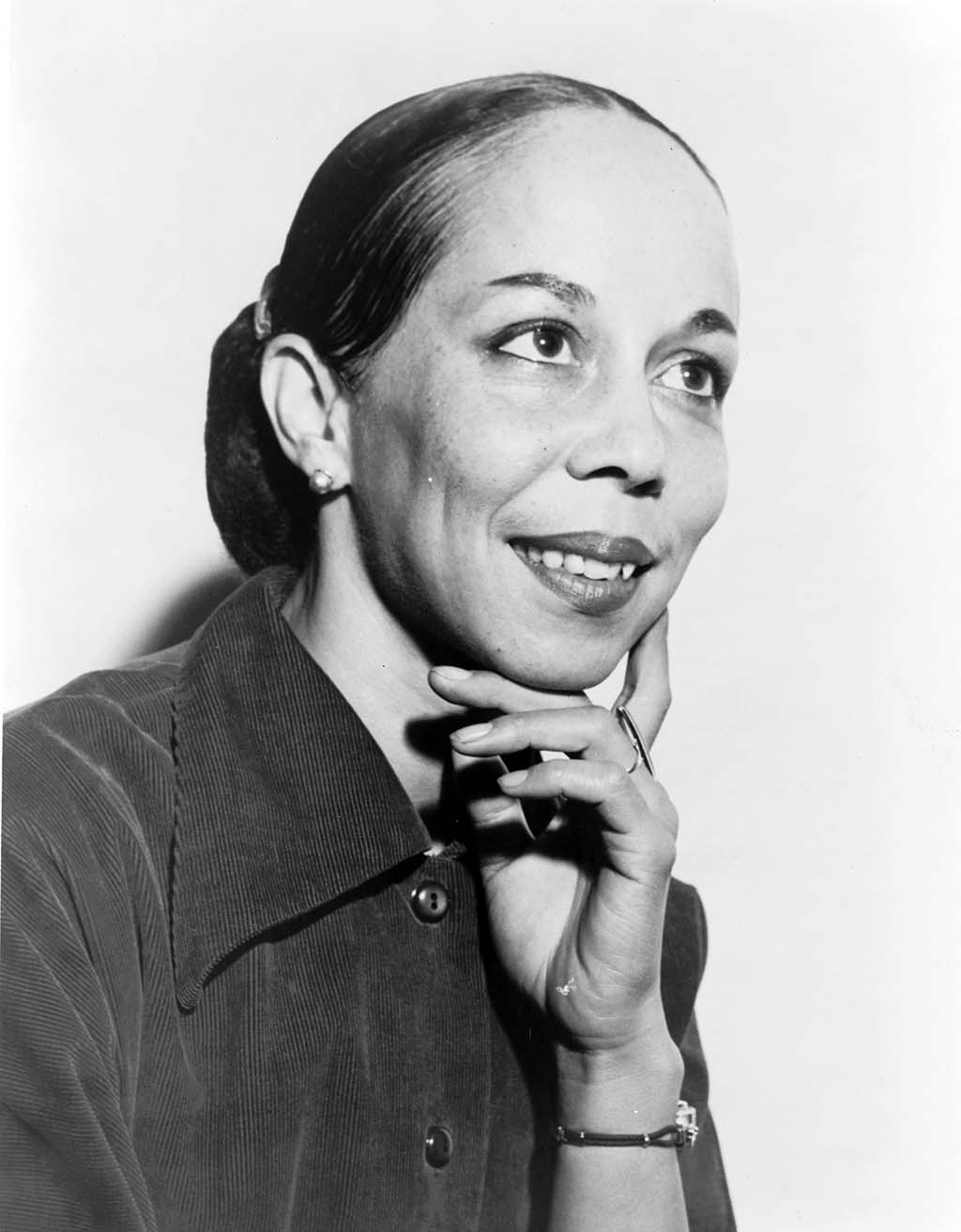 In 1951 Janet Collins became the first black prima ballerina to perform with the Metropolitan Opera Ballet in New York City, New York.  As such she broke one of the last major color barriers in classical ballet. Janet Collins was born on March 2, 1917 in New Orleans, Louisiana.  Her mother was a seamstress and her father was a tailor.  In 1921 when she was four Janet moved with her parents to Los Angeles, California.

At the age of ten, Collins began to study dance.  Her first dance training was at the Los Angeles Catholic Community Center.   Ironically, Collin’s parents urged her to study painting rather than dance because at the time, art seemed to offer more opportunities to gifted African Americans than classical dance.  Collins studied art on a scholarship at Los Angeles City College and later at the Los Angeles Art Center School.

Collins, however, never completely abandoned dance and fortunately she attracted the attention of Adolph Bohm, Carmelita Maracci, and Mia Slavenska, all prominent dance instructors who agreed to work with her.  Despite such training, Collins was rejected when she auditioned for Leonide Massine, the director of the Ballet Russe de Monte Carlo in 1932 at the age of fifteen.  His company was performing in Los Angeles during its American tour and advertised for an aspiring young dancer to audition for the company.  When Collins’ turn came, a hush fell over the dancers but when she finished the ballerinas applauded.  Massine saw her talent but told her to be accepted, “she would have to paint her skin white for performances.” In the exchange quoted in U.S. News & World Report, Collins responded, “I thought talent mattered, not color.”

Despite her training Collins found cold reception in professional ballet.  She continued to perform, however.  In the 1930s while still a teen she performed as an adagio dancer in vaudeville shows.  In 1940 she became the principal dancer for the Los Angeles musical production of “Run Little Chillun” and “The Mikado in Swing.”  By the 1940s she worked with the Katherine Dunham Dance Company and in 1946 appeared in the film, Thrill of Brazil.  In 1950 she was the principal dancer in Cole Porter’s production, “Out of this World.”

Collins gave her first prima ballerina performance on November 3, 1948 at the Las Palmas Theater in Los Angeles, which left critics hailing her as a unique performer.  Three years later in 1951 Collins was hired by the Metropolitan Opera as its prima ballerina. At the time she was 34.

Collins remained at the Met until 1954.  She then began teaching ballet which included using dance in the rehabilitation of the handicapped.  In 1974 she retired from performing and teaching. The last years of her life were spent painting religious subjects in her studio in Seattle. Janet Collins died on May 28, 2003 in Fort Worth, Texas.  She was 86.