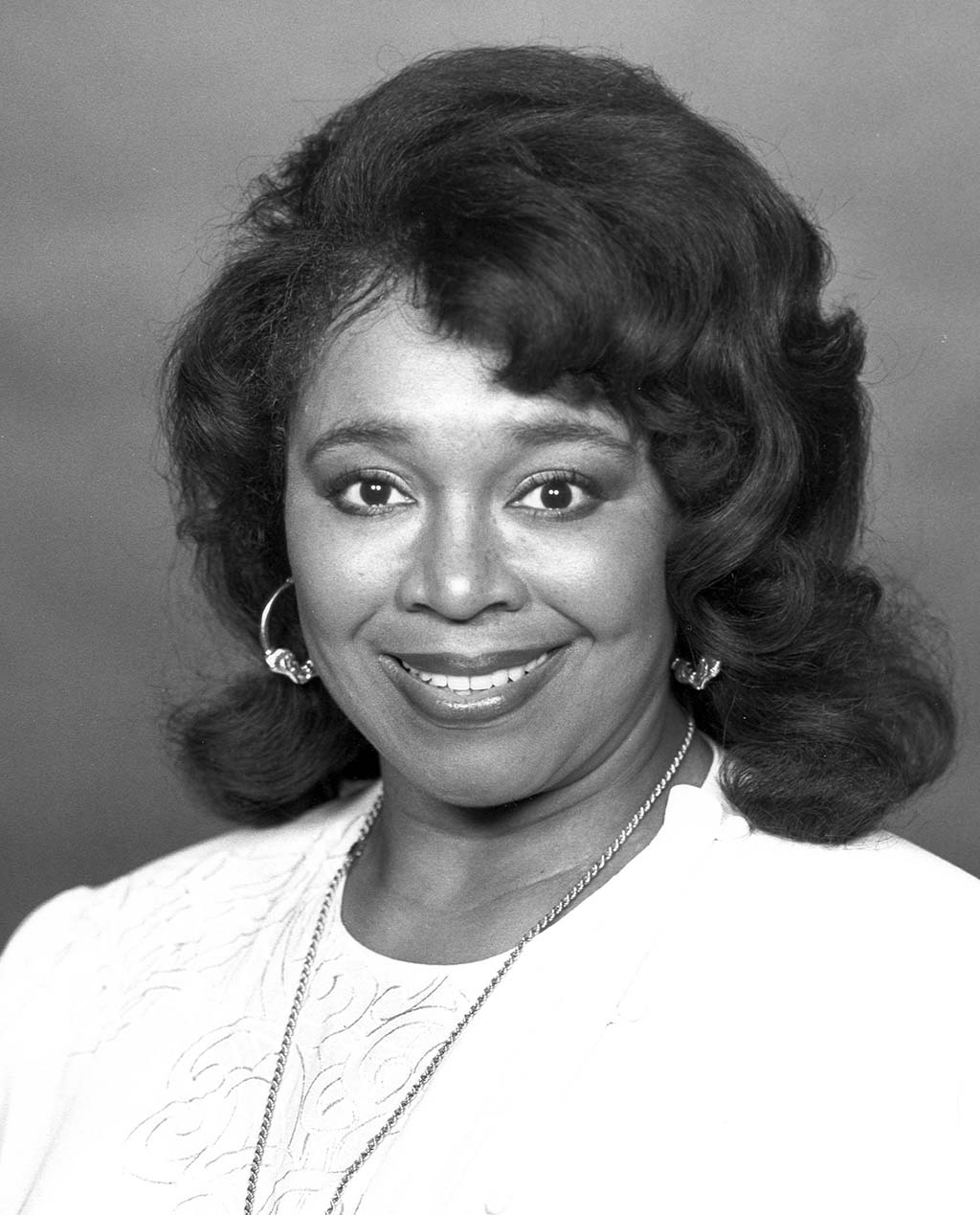 U.S. Congresswoman Barbara-Rose Collins was born in Detroit, Michigan on April 13, 1939 to Lunar N. and Vera (Jones) Richardson. Collins attended Wayne State University in Detroit. Her career began at Wayne State University where she served as business manager, worked in the Physics department, and worked in neighborhood relations. Prior to being elected to Congress, she also served as a board member in Detroit’s School Region I between 1971 and 1973.

In 1975 Collins was elected to the Michigan House of Representatives from the 21st District (Detroit) and served there until 1981. She was elected to the Detroit City Council in 1981 and served there until her election to the U.S. House. During this time (1974-1975), Collins also served as a commissioner of the Human Rights Commission of Detroit. In 1985 she chaired the Detroit City Council Task Force on Teenage Violence. In 1991, Collins was elected as a U.S. Congresswoman from Michigan’s 15th District, after the death of her husband, Congressman George Collins, in a plane crash.

In the Congress, Collins was especially interested in urban concerns, what she called “the bread and butter problems of the cities”—crime, homelessness, poverty, unemployment, domestic and other violence. By 1996, however, Collins faced scrutiny from her colleagues in the House of Representatives. She was accused of having her Congressional staff do personal chores for her as well as campaign work on congressional office time.  She also allegedly used campaign funds for personal matters.  The scandal led to Collins’s defeat in Michigan’s Democratic primary in August 1996.  Shortly afterwards the House Ethics Committee issued a report saying that she may have committed as many as eleven violations of house rules as well as federal law. But because of her imminent departure from the Congress, no action was taken.

Collins has been a member of numerous civic and political organizations including the National Black Caucus of Local Elected Officials, where she served as Regional Coordinator in 1985; the American Civil Liberties Union, the League of Women Voters, the Americans for Democratic Action, Black Parents for Quality Education, Detroit Black United Fund and Women’s Rights Committee. Collins was the recipient of numerous awards and honors including Feminist of the Year (1977), the Award of Appreciation from the American Businesswomen’s Association (1983), the Valuable Service award, International Freedom Festival (1983), and the Devoted Service Award Metro (Detroit) Boy Scouts of America (1984).