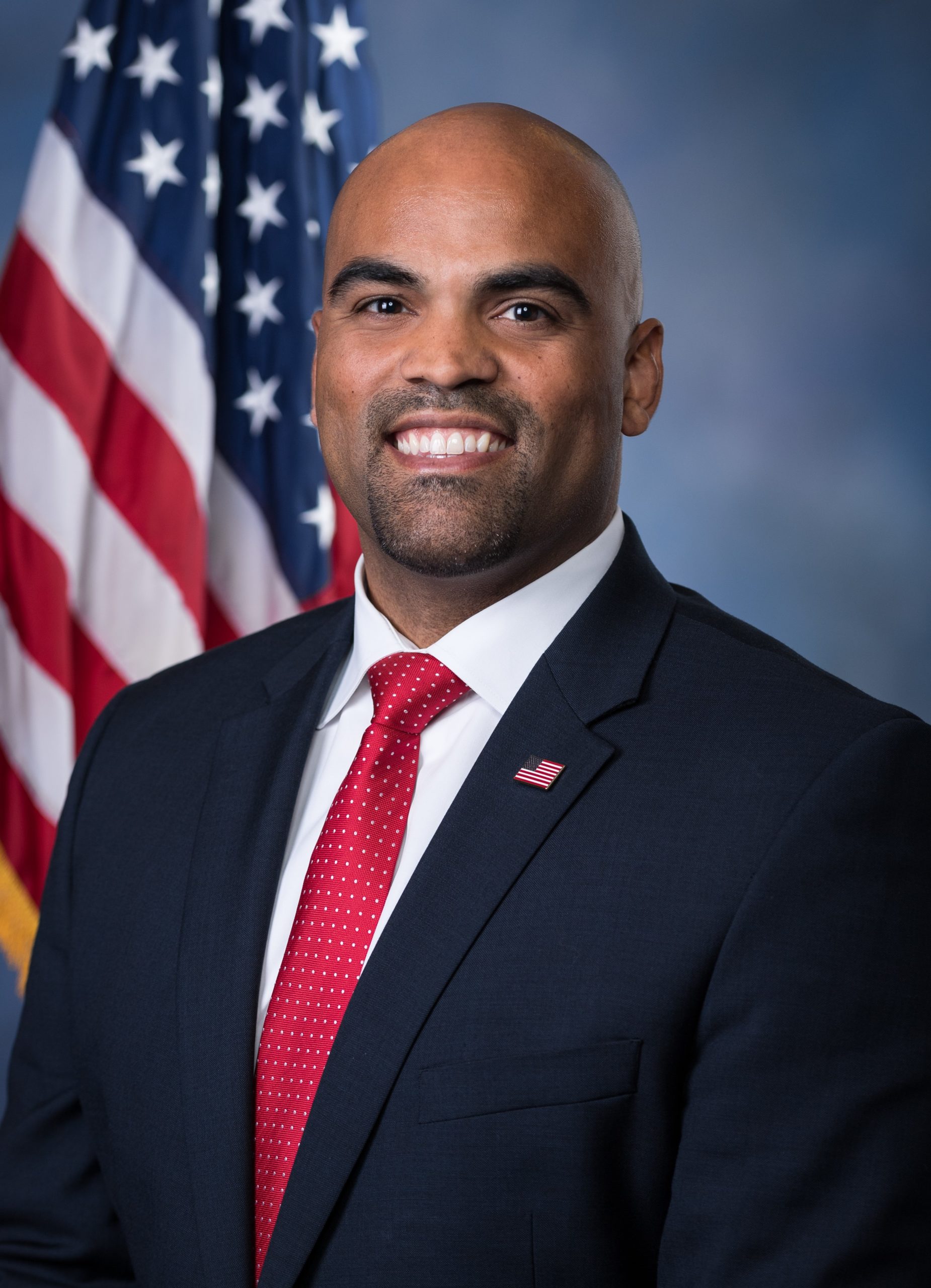 United States Congressman Colin Allred is the Democratic representative for the 32nd Congressional District in Dallas, Texas. In his first term as Representative he has been a champion for equality for Americans no matter their social status, prioritizing lowering healthcare costs, protecting Medicare and Social Security, and helping to create a just economic system.

Colin Allred was born April 15, 1985 in Dallas, Texas. He was the only child raised by his mother, Judith Allred, who was a schoolteacher for Dallas Independent School District. In high school Allred was the student body president at Hillcrest High School, graduating with a football scholarship to Baylor University. At Baylor he played football for five years and graduated in 2005 with a B.A. in History. After graduating he planned to go to law school, but postponed his dream of becoming a lawyer to pursue another dream of becoming a professional football player. Allred played for the National Football League for five years as a linebacker for the Tennessee Titans before injury ended his playing career.

In 2010, Allred retired from football and returned to school to pursue his law degree at the University of California, Berkeley. After graduating with his J.D. in 2014 he began his career in politics working in the General Counsel’s office for the Department of Housing and Urban Development for the Obama Administration. He also was a Civil Rights attorney for the Perkins Coie law firm working as a voting rights litigator and counsel to political candidates and advocacy organizations. Wanting to do more in his hometown he returned to Dallas to challenge longtime Republican Congressman Pete Sessions for his seat.

Colin Allred is married to Dallas lawyer Alexandra Eber and they have one son, Jordan.