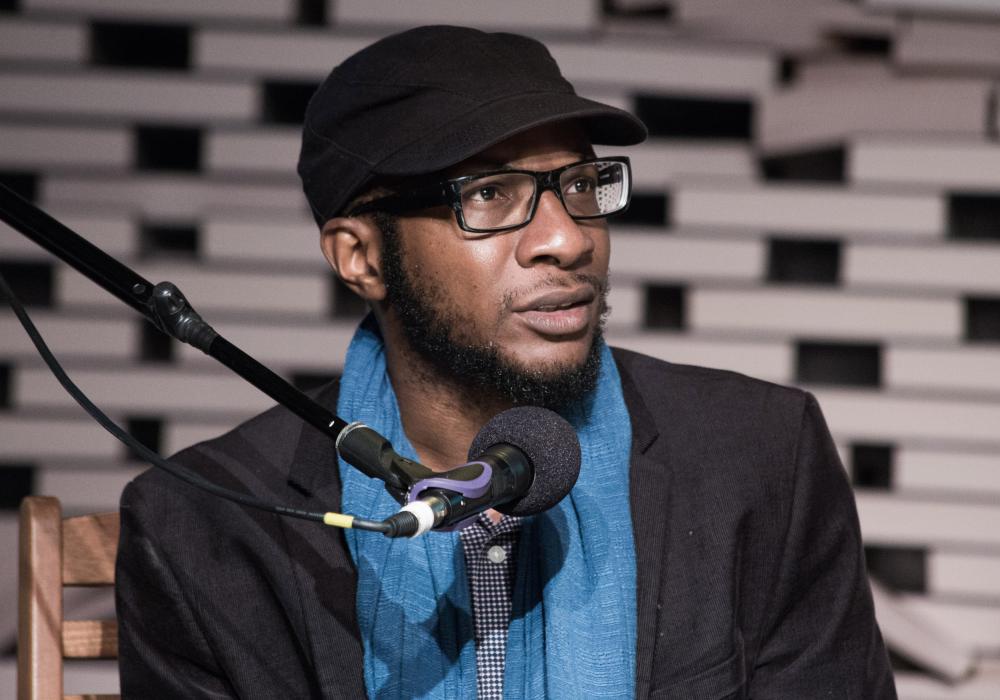 Teju Cole is a photographer, art historian, and an award-winning author of four books which display the wide range of his interests: Every Day is for the Thief (2007), a novella; Open City (2012), a full-length novel; Known and Strange Things (2016), a collection of essays; Blind Spot (2017), a photobook.

Teju Cole, the nom de plume of Yemi Onafuwa, was born in 1975 in Kalamazoo, Michigan to Nigerian immigrant parents. The oldest of four children, shortly after his birth his mother returned with him to Nigeria while his father completed a MBA from Western Michigan University (WMU). Cole stayed in Nigeria until he completed high school until his parents decided to send him to his father’s alma mater in Kalamazoo.

Cole spent a year at WMU and then transferred to Kalamazoo College where he obtained a Bachelor’s Degree in studio art and art history in 1996. After his graduation, Cole briefly attended the University of Michigan at Ann Arbor as a medical student; an endeavor he soon gave up to pursue his artistic interests. He relocated to England and enrolled in the University of London where he earned a master’s degree in art history. Relocating again to New York City, New York, Cole pursued and completed a master’s degree in 16th century Northern European visual culture from Columbia University. Cole has taught at Bard College, Hofstra University, New York University, and Columbia University where he is currently a Ph.D. candidate.

First published with a small Nigerian publishing company, Cassava Republic Press, Every Day is for the Thief (2007) is a fictional travelogue of a Nigerian man returning to Nigeria after living in the United States for years.  It was written while Cole was pursuing his master’s degree at Columbia University. The success of Cole’s second book, Open City, led to Every Day is for the Thief being reprinted by Random House.

Open City (2012) is set primarily in New York City where the main character, Julius, who had just broken up with his girlfriend, takes to walking the streets of the city. Cole’s debut full-length novel earned widespread recognition and awards including being a finalist for the National Book Critics Circle, winning the Hemingway Foundation/ Pen Award, and the Windham-Campbell Literature Prize which netted the author $150,000. The German translation of Open City by Christine Richter-Nilsson won Germany’s International Literature Award.

Known and Strange Things (2016) contains essays written for various publications including The New Yorker, Granta, and the New York Times. Containing more than 50 separate essays on a wide range of topics (literature, history, politics, art, etc.), Known and Strange Things was a finalist for both the PEN/ Diamonstein-Spielvogel Award for the Art of the Essay and PEN/ Jean Stein Book Award.

Blind Spot (2017) contains photographs taken by Cole and displayed in a solo exhibition in Milan, Italy. First published by the Italian publishing company, Contrasto Books, under the title Punto d’ombra in 2016, the next year the English language version was published by Random House.

Margaret DeRitter, “From New Yorker Envy to Literary Acclaim,” BeLight, the eZine of Kalamazoo College, 2012, https://web.archive.org/web/20150225172638/http://www.kzoo.edu/beLightArchive/articles/?issueid=33&id=126;  Margaret DeRitter, “Teju Cole, a K-College grad, writes what he observes through narrator in Open City,” BeLight, the eZine of Kalamazoo College. 2011, https://web.archive.org/web/20150225175753/http://www.mlive.com/entertainment/kalamazoo/index.ssf/2011/05/teju_cole_a_k-college_grad_wri.html; Emma Brockes. 2014. “Teju Cole: ‘Two drafts of a tweet? Insufferable. But when I tweet I’m still a writer,” The Guardian, https://www.theguardian.com/culture/2014/jun/21/teju-cole-every-day-thief-interview.