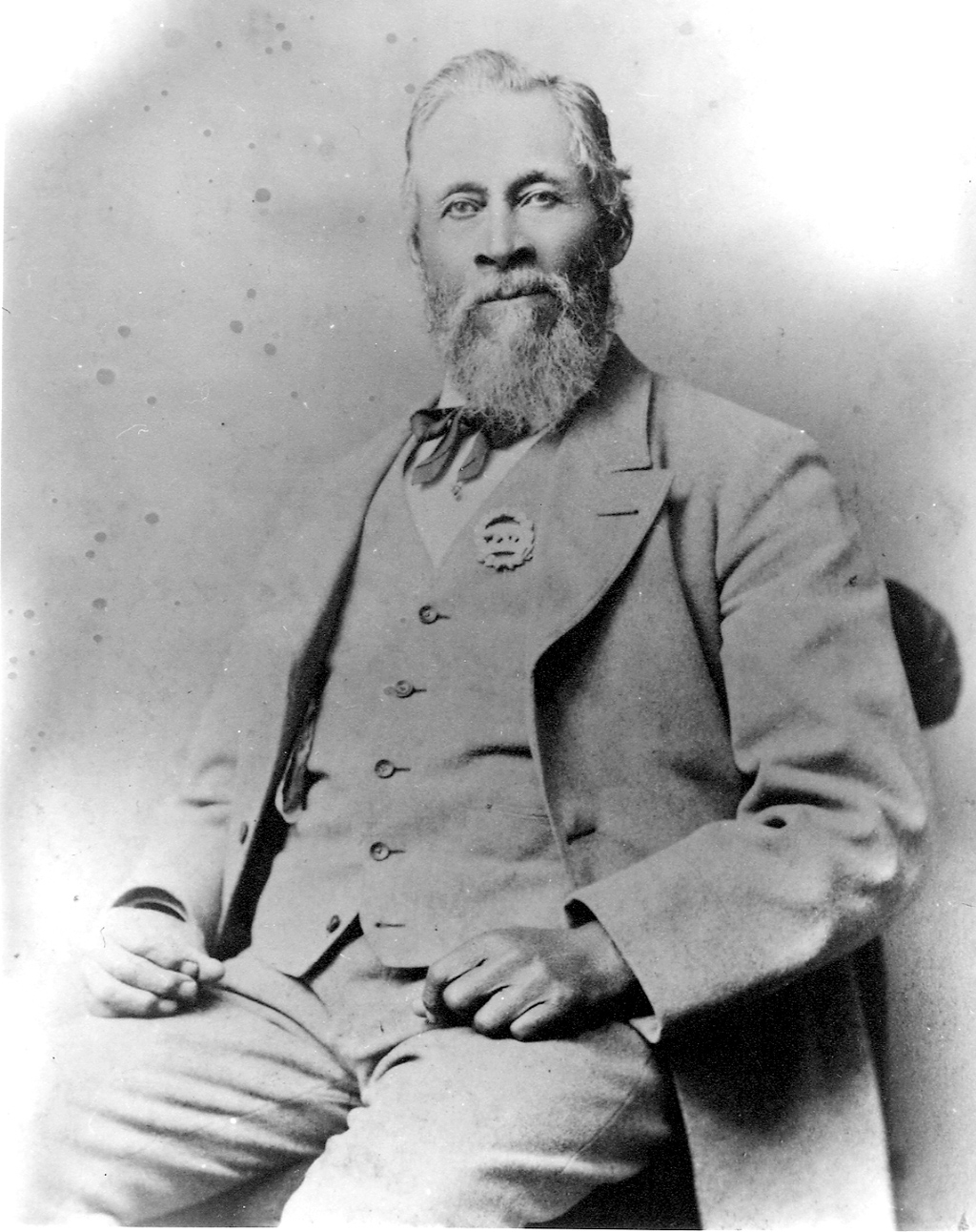 Alvin Aaron Coffey was born a slave in Mason County, Kentucky on July 14, 1822 as the property of Margaret Cooke.  His parents were Lewis (Larkin) Coffey and Nellie Cook[e].  Coffey arrived in California in 1849 at the beginning of the Gold Rush.   He was one of the few Californians who left a written account, Book of Reminiscences, which described his journey to California and his subsequent history in the Golden State.

Coffey was sold to Henry H. Duvall in 1834 who took him to Missouri.  Duvall then sold him to Dr. William Bassett in 1846.  In the spring of 1849, Bassett joined a wagon train that assembled in St. Joseph, Missouri for a departure for California.  Dr. Bassett took Coffey with him, separating him from his wife, Mahala, and two children.  Mahala was also pregnant with a third child.  On May 2, 1849, the wagon train left St. Joseph, Missouri on a five month journey to California.

Alvin Coffey arrived at Redding Springs, California on October 13, 1849.  He searched for gold on behalf of Dr. Bassett and himself.  Bassett, who had been ill the entire time, decided to return to Missouri in 1851.  Coffey had saved $616 from his diggings which Bassett kept as his own, and then returned to Missouri with Coffey.  Once there in 1852, Bassett sold Coffey for $1,000 to Mary Tindall.  Another slaveholder, Nelson Tindall, already owned Coffey’s wife, Mahala, and their three children.  Since he was already familiar with the California gold fields, Coffey persuaded Nelson Tindall to allow him to return to California to earn money to purchase his freedom.  He agreed and Coffey was back in the gold fields by the fall of 1854.  By 1856, 34-year-old Alvin Coffey earned enough to purchase his freedom for $1,000.  He then earned another $3,500 to purchase the freedom of the rest of his family by 1857.  Coffey returned to Missouri to bring his wife and three sons to California while two older daughters were left with a grandmother in Canada until he was able to reunite them with the family in 1860.   On December 22, 1858, their next child, Charles Oliver Coffey, was born free in California.

The Coffey family settled in Shasta County, California where he homesteaded a small plot of land.  The 1870 Census listed the Coffey family as having $1,500 in property.  During the Modoc Indian Wars in 1872, Coffey provided horses to the U.S. Army and offered his services as a teamster.  Later, Coffey operated a laundry and raised turkeys.  He and his wife raised their children on property he had homesteaded.  Those children attended a school for African American and Native American children in Shasta County that Coffey had helped found in 1858.

In 1887 Alvin Coffey was inducted into the California Society of Pioneers and was a member for more than 15 years prior to his death.  He is the only African American to achieve that distinction.  Coffey died in Beulah, Alameda County, California on October 28, 1902.