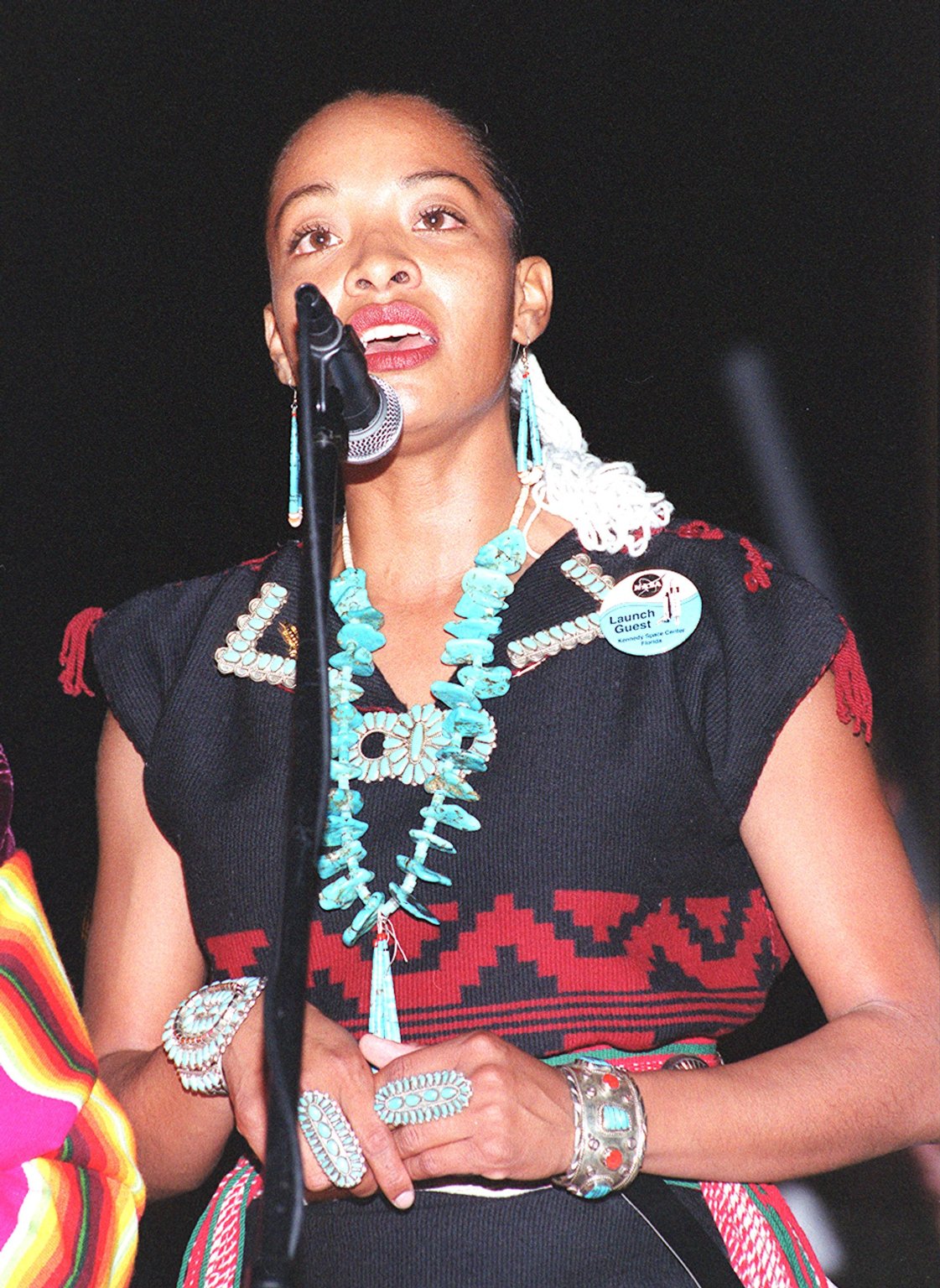 Radmilla Cody, GRAMMY-nominated Navajo recording artist, was born on the Navajo Nation and grew up in Grand Falls, Arizona. Cody is of the Tlaa’shchii (Red Bottom People) clan and is also part Naahilii (African American). She was the 46th Miss Navajo Nation, the first bi-racial pageant winner, and reigned during 1997-98.

Born to 18-year-old Margaret Cody and 43-year-old Troy Davis, Cody was raised by her grandmother Dorothy in the traditional Navajo way. Cody spoke Diné (Navajo) before she spoke English. Despite being so connected to Navajo values, Cody experienced racism throughout her childhood as a result of being bi-racial, a “Black Navajo.”  Cody’s wish for greater racial harmony led to her request a Navajo medicine man’s help to replace the derogatory term for African American, zhin-ni. He indicated that the word naahilii is used in ceremonies; it roughly translates to ‘the dark ones who have come across and persevered.’ From that moment, Cody has been encouraging Navajos to use the more inclusive term.

During the week-long Miss Navajo Nation pageant, through competitive events in the Navajo language and in practice of traditional skills such as sheep-butchering, Cody proved herself as a Navajo woman. Throughout her year as Miss Navajo she focused on building domestic violence prevention and awareness programs.

While Cody performed her Miss Navajo duties, visiting communities to discuss the importance of Navajo culture and to highlight her own interest in stemming domestic violence, Cody herself was a victim of abuse at the hands of a boyfriend. Cody remained in the relationship, and — only five years after being crowned Miss Navajo — she was sentenced to a Federal prison term for her participation in the boyfriend’s drug-trafficking enterprise.

During her 18-month sentence, Cody found solace in her music: she wrote songs in prison, and many of these appeared on her album Spirit of a Woman. In 2002 the Native American Music Awards (the Indigenous Nations’ GRAMMY equivalent) named her female artist of the year.

Cody has released five albums and has been the subject of a documentary, Hearing Radmilla. In 2010, National Public Radio included Cody in its “50 Great Voices” series, and in 2012, Initiative Radio awarded Cody its Black History Makers award. In 2013, her album, “Shi Keyah: Songs for the People,” was nominated for a GRAMMY. In addition to her music, Cody continues to advocate for victims of domestic violence, to work with her Navajo people, and to engage with youth who struggle with their bi-racial identities. She also plans to pursue an MBA at Northern Arizona University, her alma matter.