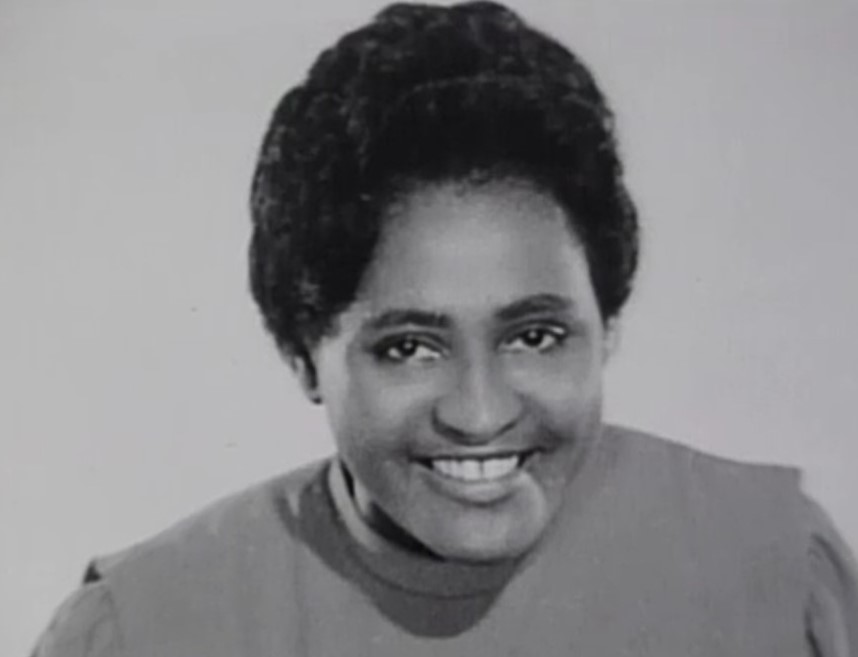 Dorothy Love Coates was an American gospel singer, songwriter, and composer.  She was born Dorothy McGriff on January 30, 1928, in Birmingham, Alabama.  Her minister father, Lillar McGriff, moved to the North when Coates was six, and her parents soon divorced.  Thereafter, Lillar McGriff raised their six children in Birmingham.  By the age of 10, Coates had begun playing piano at Evergreen Baptist Church in Birmingham.  As a teenager, she performed with the Royal Travelers and with her siblings in the McGriff Singers, who had a weekly live radio broadcast on WJLD.  She left school after the tenth grade to help support her family as a maid and a clerk.  In 1946, she married her first husband, Willie Love (1925-1991) of the Fairfield Four, and the couple divorced a few years later.

In 1947, Coates joined the Original Gospel Harmonettes, a well-established, all-female group based in Birmingham. She worked with the group for much of the 1950s and 1960s, writing many of its songs. The group also included Mildred Miller, Vera Kilb, Willie Mae Newberry, Odessa Edwards, and Evelyn Starks Hardy. In 1949, the group recorded for RCA. Two years later the group began recording for Specialty Records and by 1959 had begun recording for Savoy.  The group toured throughout the South, Midwest, and East, as well as the Bahamas.  The Harmonettes performed at Carnegie Hall in 1953 and later at the Apollo Theatre, and Madison Square Garden.

Coates was active in the civil rights Movement during the 1950s and 1960s.  She marched with Dr. Martin Luther King Jr. and worked in voter registration drives. Many of her songs openly criticized racial discrimination and segregation.  She sang at numerous benefit concerts and civil rights rallies and was arrested more than once for her civil rights activism.  She also spoke out against the Vietnam War and experienced the Newark Riot of 1967.

Coates appeared at several gospel festivals as well as the Newport Jazz Festival.  She was also in two films, The Long Walk Home (1990) and Beloved (1998).  Dorothy Love Coates died of heart failure on April 9, 2002, in Birmingham. She left behind two daughters, Cassandra Madison and Carletta Criss.