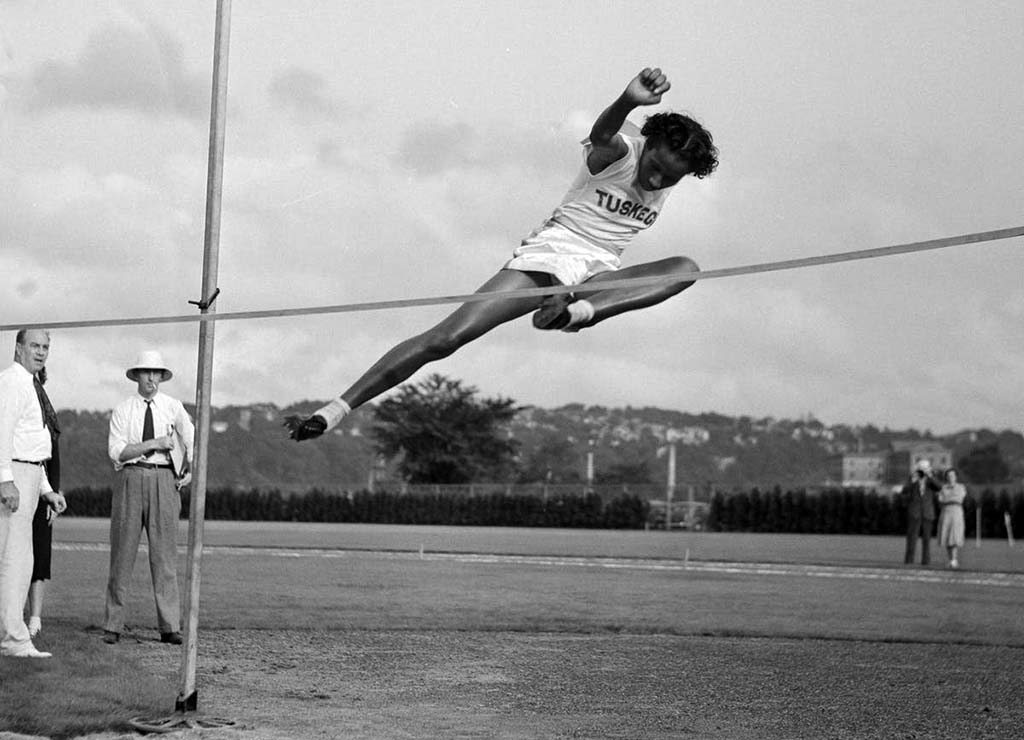 Alice Coachman became the first African American woman from any country to win an Olympic Gold Medal when she competed at the 1948 Summer Olympics in London, UK. Born November 9, 1923, in Albany, Georgia, to Evelyn and Fred Coachman, Alice was the fifth of ten children. As an athletic child of the Jim Crow South, who was denied access to regular training facilities, Coachman trained by running on dirt roads and creating her own hurdles to practice jumping.

Even though Alice Coachman parents did not support her interest in athletics, she was encouraged by Cora Bailey, her fifth grade teacher at Monroe Street Elementary School, and her aunt, Carrie Spry, to develop her talents. After demonstrating her skills on the track at Madison High School, Tuskegee Institute offered sixteen-year-old Coachman a scholarship to attend its high school program. She competed on and against all-black teams throughout the segregated South.

In 1943, Coachman entered the Tuskegee Institute college division to study dressmaking. She played on the basketball team and ran track-and-field, where she won four national championships for events in sprinting and high jumping. Coachman completed a degree in dressmaking in 1946. In 1947, Coachman enrolled in Albany State College (now University) to continue her education. Coachman completed a B.S. degree in Home Economics with a minor in science at Albany State College in 1949 and became teacher and track-and-field instructor.

During World War II, the Olympic committee cancelled the 1940 and 1944 games. Alice Coachman’s first Olympic opportunity came in 1948 in London, when she was twenty-four. On August 8, 1948, Alice Coachman leapt 5 feet 6 1/8 inches to set a new Olympic record and win a gold medal for the high jump. 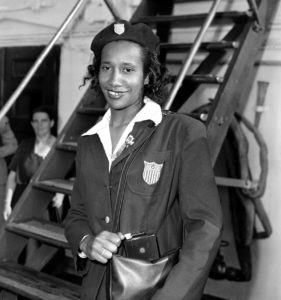 During her career, she won thirty-four national titles, ten for the high jump in consecutive years. Alice Coachman was inducted into nine halls of fame including the National Track-and-Field Hall of Fame (1975) and the U.S. Olympic Hall of Fame (2004). Coachman became the first black woman to endorse an international product when Coca-Cola signed her as a spokesperson in 1952. Coachman married Frank A. Davis and is the mother of two children. In 1994, she founded the Alice Coachman Track and Field Foundation to provide assistance to young athletes and former Olympic competitors.

http://www.alicecoachman.com; Jennifer H. Landsbury, “Alice Coachman: Quiet Champion of the 1940s,” Chap. in Out of the Shadows: A Biographical History of African American Athletes (Fayetteville, The University of Arkansas Press, 2006).