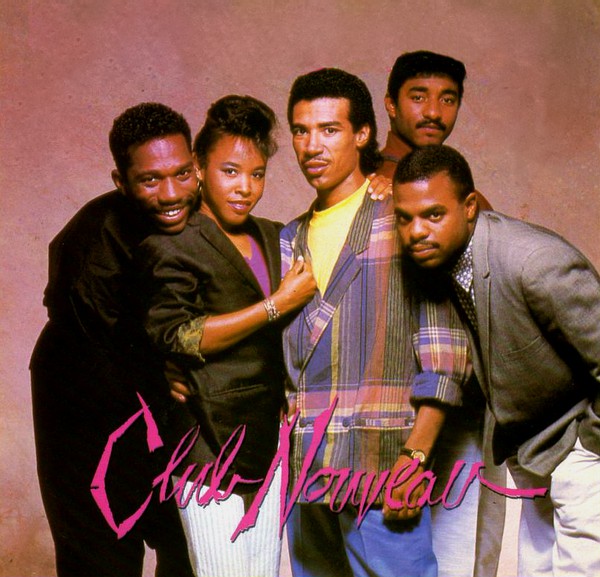 Club Nouveau (New Club) is a rhythm and blues group founded by record producer/performer Jay King, born on January 26, 1962, and raised in Vallejo, California. The son of Helen King and Jay King Jr., he played trumpet at Vallejo High School before graduating in 1980. At the age of 18, King joined the U.S. Air Force and was discharged after one year. In 1986 he formed the group JetSet in Sacramento with Valerie Watson English and Samuelle Prater. The group later changed its name to Club Nouveau.

Club Nouveau’s string of hits began in 1986 with “Situation #9,” which peaked at no. 4 on Billboard’s R&B chart. The next single, “Jealousy,” reached the top 10 on the R&B chart and peaked at no. 38 on the Billboard Hot 100 chart; it remained charted for four weeks.

In 1987, Club Nouveau signed with Warner Bros. Records and released their debut album, Life, Love & Pain. The single from the album, “Lean On Me,” a remake of the 1972 Bill Withers hit, peaked at no. 1 and remained charted for 17 weeks on the Billboard Hot 100. It also reached no. 1 on the U.S. Pop Dance charts and became the ensemble’s first international hit, peaking at no. 1 in Canada; no. 33 in the U.K.; no. 4 in the Netherlands; no. 5 in Australia, Ireland and New Zealand; no. 7 in Switzerland; no. 9 in Germany; and no. 22 in Austria. That year, the album sold more than 1 million copies, and at the 30th Annual Grammy Awards, “Lean on Me” won for Best R&B Song, was nominated for Song of the Year, and the group was nominated for Best R&B Performance.

In 2015, 23 years after they last charted, Club Nouveau released the album Consciousness on Faze One Records. One of their songs, “I Want to Change the World,” addressed global political conflicts and climate change. The song, however, failed to chart.

In 2019, Jay King was elected president of the California Black Chamber of Commerce. As of 2021 Club Nouveau continues to perform at venues across the United States.