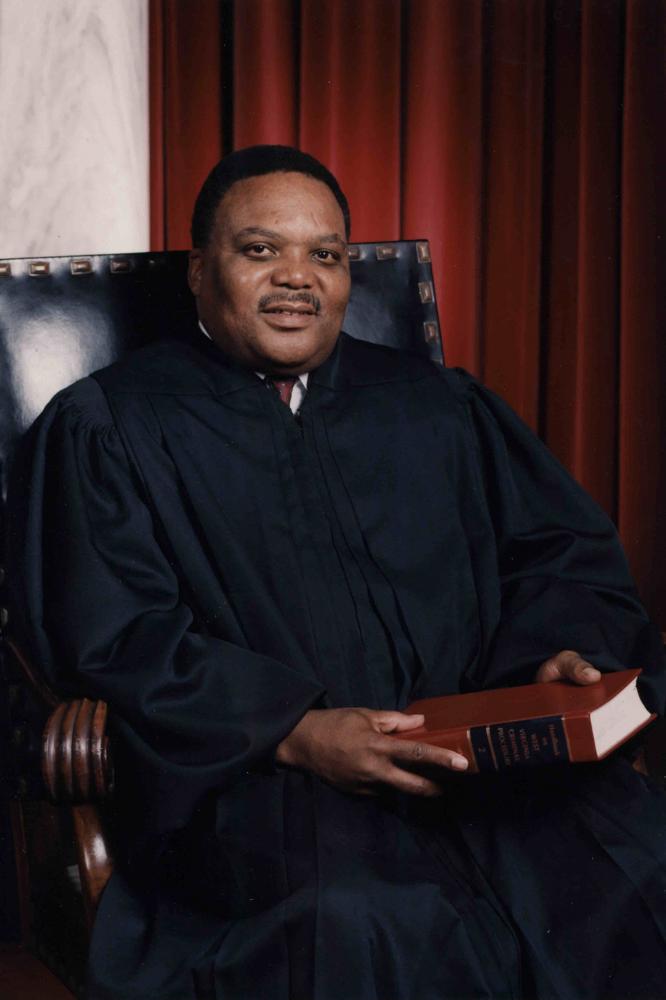 Franklin Dorrah Cleckley, the first African American to serve as a justice on the West Virginia Supreme Court, was born on August 1, 1940, in Huntington, West Virginia. His mother was Vivian Wood. After graduating from high school, he attended Anderson College and earned his bachelor’s degree in 1962. To reach his goal of working in the legal system, he continued his education to obtain a Juris Doctor (J.D.) from Indiana University in 1965 and ultimately earned a Master of Law (LL.D.) from Harvard Law School in 1969. He also attended the University of Exeter in England to further his education.

While acquiring his education, Franklin joined the United States Navy in 1966 during the Vietnam War and served as a Judge Advocate General’s Corps (JAG) officer in South Vietnam. Cleckley quickly acquired a reputation for fair and impartial service. After leaving the navy in 1969, he joined the law faculty at West Virginia University. Eventually he was selected to hold the Arthur B. Hodges Chair of Law at the University, one of the most prestigious positions on the law faculty. Cleckley made history by being the first African American to hold the chair.

Cleckley was presented with many awards over his lifetime, including West Virginia Human Rights Commission Civil Rights Award, the Civil Libertarian of the Year Award, and the Thurgood Marshall Award from the National Association for the Advancement of Colored People. In 1990, he created the Franklin D. Cleckley Foundation, whose aim was to assist former convicts with their future. Five years later, in 1994, Franklin D. Cleckley was appointed to the West Virginia Supreme Court of Appeals. He remained in this position until 1996. While serving as a Justice, he penned multiple books on the subject of law including The Evidence Handbook for West Virginia Lawyers and The West Virginia Criminal Procedure Handbook. These books were later referred by legal scholars in the state as “the bible” for West Virginia law.

Following his time as a justice, Cleckley returned to West Virginia University to teach until his retirement in 2013. Recognizing his enormous contribution to the West Virginia legal system, a number of universities in the state began dedicating student awards in his honor and creating symposia to focus on his work and further the civil rights cause in the state. West Virginia University of Law also created the Justice Franklin D. Cleckley Fellowship that intersects with the Cleckley Foundation to provide the opportunity for recent law school graduates from the University of Chicago to represent wrongfully accused prisoners.

Justice Franklin Cleckley was married to his wife, Cozette until 1998. The couple had two children together: Shannon and Nicole. He also had another son, Luke. Justice Franklin D. Cleckley passed away at his home in Morgantown, West Virginia on August 14, 2017 at the age of 77.