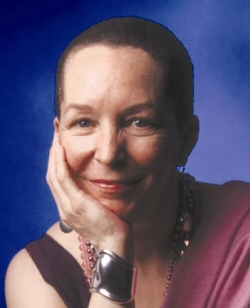 Born on December 7, 1948 in Springfield, Massachusetts to well known black nationalist minister Albert Buford Cleage (later Jaramogi Abebe Agyeman) and school teacher Doris Graham Cleage, Pearl Cleage grew up in Detroit, Michigan and entered Howard University in Washington, D.C. in 1966 to study playwriting. She transferred to Spelman College in Atlanta, Georgia where she earned a B.A. in 1971.  Prior to finishing her education at Spelman, Pearl Cleage married Atlanta politician Michael Lomax in 1969.  She and Lomax later divorced in 1979.  Cleage served as the press secretary and speechwriter to Atlanta Mayor Maynard Jackson between 1974 and 1976.

Cleage’s writing is filled with social consciousness with a particular focus on the validation of women’s lives. Her many works include We Don’t Need No Music (1972) and Deals with the Devil: And Other Reasons to Riot (1993).  Cleage’s play Flying West, which depicted the lives of black women homesteaders in 19th Century Nicodemus, Kansas, was originally commissioned and produced by the Alliance Theater Company in Atlanta, Georgia but was later performed at the Kennedy Center for the Performing Arts in Washington, D.C. in 1994.  Cleage’s 1997 book, What Looks Like Crazy on an Ordinary Day received considerable attention in literary circles and became a bestseller.

Pearl Cleage has one daughter, Deignan, and two grandchildren, Chloe and Michael.  She is currently married to writer Zaron W. Burnett, Jr.  Cleage remains active in political and social life in Atlanta.  She is a consistent critic of social issues, especially those that affect the African American community.  Cleage is a faculty member at Spelman College and contributes articles to the Atlanta Tribune and Atlanta Gazette.