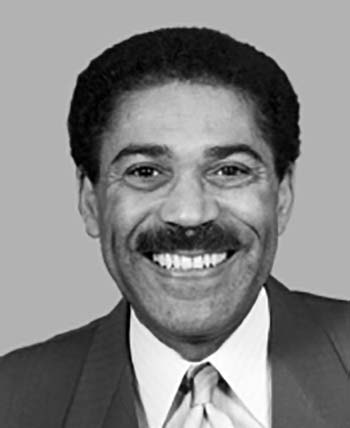 Former Missouri Democratic Congressman William L. Clay Sr. was born in St. Louis, Missouri on April 30, 1931, one of seven children. Clay excelled in school and at the age of thirteen began working as a janitor in a clothing store.  He later became the tailor for the store.  Clay graduated from St. Louis University in 1953 with a B.S. degree in history and political science, and then served in the military. Upon his discharge he worked as a real estate broker and manager of a life insurance company.

In the 1950s Clay became active in St. Louis politics and in the civil rights movement emerging in the city.  In 1959 he was elected to the St. Louis Board of Aldermen, representing the 26th ward.  He held the position until 1964.  Between 1961 and 1964 he was also a business representative for the city employees union and between 1966 and 1967 was the educational coordinator for a local steamfitters union.

In 1968 Clay won the Democratic Primary nomination for Missouri’s First Congressional District.  He won the seat outright in the general election in November, becoming the first African American elected to Congress from the state of Missouri.