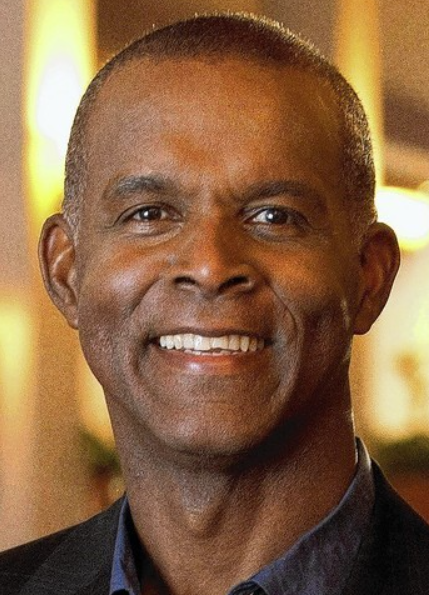 Corporate CEO Clarence Otis was born April 11, 1956, in Vicksburg, Mississippi. His father, Clarence Otis Sr., worked as a janitor while his mother, Calanthus Hall Otis, stayed home to raise their three children. The family moved to the Watts section of Los Angeles, California, when Otis was four years old. Although Watts was at the time a sprawling ghetto that in 1965 would become the site of the Watts riot, Clarence Otis Sr. drove the family through Beverly Hills to show his children that a different life was possible. Otis credits these drives, as well as a stable family life, for keeping him away from the gang activity prevalent in Watts.

After four years of working as a corporate lawyer, the young attorney found success as a vice president and managing director for several prestigious investment banking firms. In 1995 Darden Restaurants (the parent company of major chain restaurants such as Olive Garden and Longhorn Steakhouse) recruited Otis, then thirty-nine, to be the company’s vice president and treasurer.

Although Otis’s only prior experience in the food industry was a brief stint as a waiter in college, he excelled at Darden. Over the next nine years, he was promoted several times, eventually becoming CEO in 2004. He was Darden’s first African American CEO, and one of only seven African American CEOs of a Fortune 500 company that year.

Undeterred by a tough economy, the new CEO avoided the mass layoffs and extreme price cutting of Darden’s competitors, and his strategy paid off. The corporation saw profits rise and its stock price double. Under Otis’s leadership, Darden acquired several new restaurant chains, and was the first full-service restaurant company to land on Fortune 500’s Best Places to Work list. In 2007 Otis Jr. received a Horatio Alger Award, and in 2012 he was awarded the Silver Plate by the International Foodservice Manufacturers Association.

Otis’s career has not been without controversy. In 2011 Darden’s profits began to fall, and three years later, the company underwent two rounds of layoffs and sold its struggling Red Lobster chain. Otis was blamed for the layoffs and the sale of its subsidiary. Critics now faulted him for his lack of experience in the food industry and for expanding the company too quickly. Otis announced his resignation as CEO of Darden Restaurants in July 2014.

Clarence Otis Jr. has been married to Jacqueline Bradley since 1983, and the couple has three children. They reside in Florida and are the proud owners of one of the largest privately held African art collections in the United States.