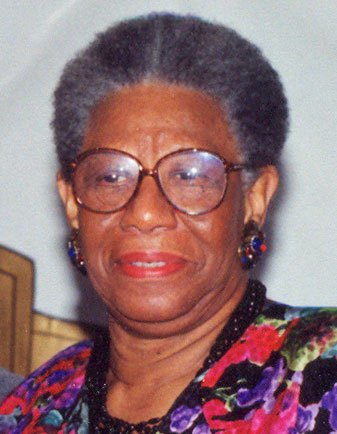 Erma Clardy Craven was an African American leader in the pro-life movement. Craven helped start various “pro-life” organizations such as African-Americans Against Abortion, the National Right to Life Committee, Black Americans for Life, National Democrats for Life, and Americans United for Life. Craven was also a public speaker and was the second African American woman to address a Democratic National Convention.

Craven was born in 1918 in Minneapolis, Minnesota and graduated from South High School. She attended the College of St. Scholastica in Duluth, earning a bachelor’s degree in social work. During World War II, she worked in an ammunition plant. After, she worked with the Urban League in Milwaukee, Wisconsin and then as a parole officer in New York City, New York. She returned to Minneapolis in 1958, and became a social worker in the Hennepin County Welfare Department, where she focused on child protection and the problems of young mothers.

In 1972, Craven published a book called Abortion and Social Justice. In one of the most notable chapters, “Abortion, Poverty, and Black Genocide: Gifts to the Poor?” Craven discussed her belief that the issue of abortion was not only murder, but was genocide used to eliminate certain groups of people. Craven’s idea echoed some accusations made by members of black power movements, who linked legalizing abortion efforts with white paranoia about impoverished minority groups. Her book was released before the 1973 Supreme Court decision Roe v. Wade, which affirmed the legality of a woman’s right to have an abortion. Craven stated that the “unborn Black baby is the real object of many abortionists…. Now, the womb of the poor black woman is seen as the latest battle ground for oppression.”

Writing in 1972, when George McGovern was challenging Richard Nixon for the presidency on a “peace in Vietnam” platform, Craven revealed that McGovern had set 1976 as target date for achieving zero population growth in the United States as a “firm national goal,” which Craven interpreted as impacting black unborn children. She supported President Nixon who had defended the right of the unborn to exist.

In Minnesota, she helped pioneer the Minnesota Citizens Concerned for Life organization and supported the movement against Planned Parenthood. While Craven agreed that women should have the right to control their own body, she posed the question, “why must you commit murder to do it?” Craven believed that Planned Parenthood was a menace because it provided by far the most abortions in the United States.  As she often stated, she wanted “African Americans to recognize the threat of abortion to the African-American community.”

Craven retired as a social worker in 1983. In 1994, she was recognized as the first L.E.A.R.N. (Life Education and Resource Network) Sanctity of Life Awardee for her lifetime dedication and participation in the “pro-life” movement. Craven passed away from cancer in June 1995 in Minneapolis, Minnesota.