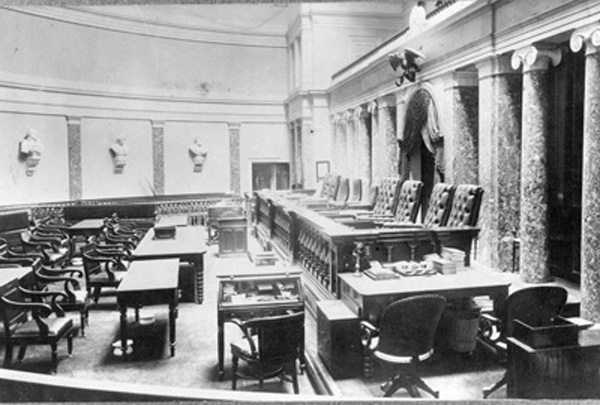 1. The 1st and 2d sections of the Civil Rights Act passed March 1st, 1876, are unconstitutional enactments as applied to the several States, not being authorized either by the XIIIth or XIVth Amendments of the Constitution

2. The XIVth Amendment is prohibitory upon the States only, and the legislation authorized to be adopted by Congress for enforcing it is not direct legislation on the matters respecting which the States are prohibited from making or enforcing certain laws, or doing certain acts, but is corrective legislation such as may be necessary or proper for counteracting and redressing the effect of such laws or acts. [p4]

The XIIIth Amendment relates only to slavery and involuntary servitude (which it abolishes), and, although, by its reflex action, it establishes universal freedom in the United States, and Congress may probably pass laws directly enforcing its provisions, yet such legislative power extends only to the subject of slavery and its incidents, and the denial of equal accommodations in inns, public conveyances, and places of public amusement (which is forbidden by the sections in question), imposes no badge of slavery or involuntary servitude upon the party but at most, infringes rights which are protected from State aggression by the XIVth Amendment.

4. Whether the accommodations and privileges sought to be protected by the 1st and 2d sections of the Civil Rights Act are or are not rights constitutionally demandable, and if they are, in what form they are to be protected, is not now decided.

5. Nor is it decided whether the law, as it stands, is operative in the Territories and District of Columbia, the decision only relating to its validity as applied to the States.

6. Nor is it decided whether Congress, under the commercial power, may or may not pass a law securing to all persons equal accommodations on lines of public conveyance between two or more States.

These cases were all founded on the first and second sections of the Act of Congress known as the Civil Rights Act, passed March 1st, 1875, entitled “An Act to protect all citizens in their civil and legal rights.” 18 Stat. 335. Two of the cases, those against Stanley and Nichols, were indictments for denying to persons of color the accommodations and privileges of an inn or hotel; two of them, those against Ryan and Singleton, were, one on information, the other an indictment, for denying to individuals the privileges and accommodations of a theatre, the information against Ryan being for refusing a colored person a seat in the dress circle of Maguire’s theatre in San Francisco, and the indictment against Singleton was for denying to another person, whose color was not stated, the full enjoyment of the accommodations of the theatre known as the Grand Opera House in New York, said denial not being made for any reasons by law applicable to citizens of every race and color, and regardless of any previous condition of servitude.

The case of Robinson and wife against the Memphis & Charleston R.R. Company was an action brought in the Circuit Court of the United States for the Western District of Tennessee to recover the penalty of five hundred dollars [p5] given by the second section of the act, and the gravamen was the refusal by the conductor of the railroad company to allow the wife to ride in the ladies’ car, for the reason, as stated in one of the counts, that she was a person of African descent. The jury rendered a verdict for the defendants in this case upon the merits, under a charge of the court to which a bill of exceptions was taken by the plaintiffs. The case was tried on the assumption by both parties of the validity of the act of Congress, and the principal point made by the exceptions was that the judge allowed evidence to go to the jury tending to show that the conductor had reason to suspect that the plaintiff, the wife, was an improper person because she was in company with a young man whom he supposed to be a white man, and, on that account, inferred that there was some improper connection between them, and the judge charged the jury, in substance, that, if this was the conductor’s bona fide reason for excluding the woman from the car, they might take it into consideration on the question of the liability of the company. The case was brought here by writ of error at the suit of the plaintiffs. The cases of Stanley, Nichols, and Singleton came up on certificates of division of opinion between the judges below as to the constitutionality of the first and second sections of the act referred to, and the case of Ryan on a writ of error to the judgment of the Circuit Court for the District of California sustaining a demurrer to the information.

The Stanley, Ryan, Nichols, and Singleton cases were submitted together by the solicitor general at the last term of court, on the 7th day of November, 1882. There were no appearances, and no briefs filed for the defendants.