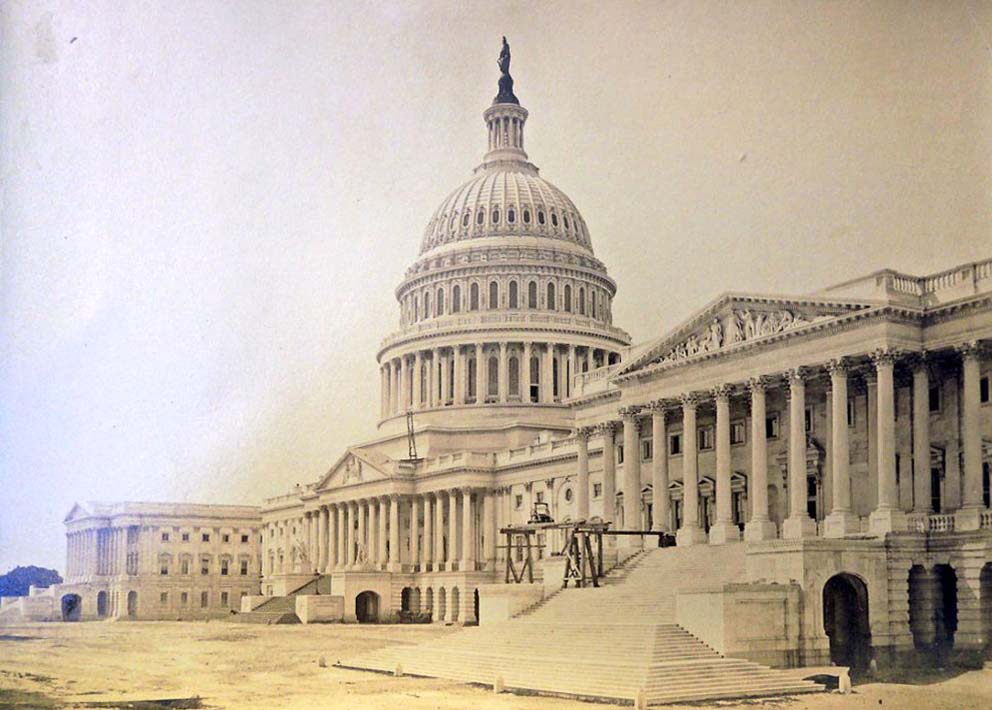 Whereas, it is essential to just government we recognize the equality of all men before the law, and hold that it is the duty of government in its dealings with the people to mete out equal and exact justice to all, of whatever nativity, race, color, or persuasion, religious or political; and it being the appropriate object of legislation to enact great fundamental principles into law: Therefore,

Be it enacted by the Senate and House of Representatives of the United States of American in Congress assembled, That all persons within the jurisdiction of the United States shall be entitled to the full and equal and enjoyment of the accommodations, advantages, facilities, and privileges of inns, public conveyances on land or water, theaters, and other places of public amusement; subject only to the conditions and limitations established by law, and applicable alike to citizens of every race and color, regardless of any previous condition of servitude.

§ 2. That any person who shall violate the foregoing section by denying to any citizen, except for reasons by law applicable to citizens of every race and color, and regardless of any previous condition of servitude, the full enjoyment of any of the accommodations, advantages, facilities, or privileges in said section enumerated, or by aiding or inciting such denial, shall, for every offence, forfeit and pay the sum of five hundred dollars to the person aggrieved thereby, to be recovered in an action of debt, with full costs; and shall also, for every such offense, be deemed guilty of a misdemeanor, and, upon conviction thereof, shall be fined not less than five hundred nor more than one thousand dollars, or shall be imprisoned not less than thirty days nor more than one year: Provided, that all persons may elect to sue for the State under their rights at common law and by State statutes; and having so elected to proceed in the one mode or the other, their right to proceed in the other jurisdiction shall be barred. But this proviso shall not apply to criminal proceedings, either under this act or the criminal law of any State: And provided further, That a judgment for the penalty in favor of the party aggrieved, or a judgment upon an indictment, shall be a bar to either prosecution respectively.

§ 3. That the district and circuit courts of the United States shall have, exclusively of the courts of the several States, cognizance of all crimes and offenses against, and violations of, the provisions of this act; and actions for the penalty given by the preceding section may be prosecuted in the territorial, district, or circuit courts of the United States wherever the defendant may be found, without regard to the other party; and the district attorneys, marshals, and deputy marshals of the United States, and commissioners appointed by the circuit and territorial courts of the United States, with powers of arresting and imprisoning or bailing offenders against the laws of the United States, are hereby specially authorized and required to institute proceedings against every person who shall violate the provisions of this act, and cause him to be arrested and imprisoned or bailed, as the case may be, for trial before such court of the United States, or territorial court, as by law has cognizance of the offense, except in respect of the right of action accruing to the person aggrieved; and such district attorneys shall cause such proceedings to be prosecuted to their termination as in other cases: Provided, That nothing contained in this section shall be construed to deny or defeat any right of civil action accruing to any person, whether by reason of this act or otherwise; and any district attorney who shall willfully fail to institute and prosecute the proceedings herein required, shall, for every such offense, forfeit and pay the sum of five hundred dollars to the person aggrieved thereby, to be recovered by an action of debt, with full costs, and shall, on conviction thereof, be deemed guilty of a misdemeanor, and be fined not less than one thousand nor more than five thousand dollars: And provided further, That a judgment for the penalty in favor of the party aggrieved against any such district attorney, or a judgment upon an indictment against any such district attorney, shall be a bar to either prosecution respectively.

§ 4. That no citizen possessing all other qualification which are or may be prescribed by law shall be disqualified for service as grand or petit juror in any court of the United States, or of any State, on account of race, color, or previous condition of servitude; and any officer or other person charged with any duty in the selection or summoning of jurors who shall exclude or fail to summon any citizen for the cause aforesaid shall, on conviction thereof, be deemed guilty of a misdemeanor, and be fined not more than five thousand dollars.