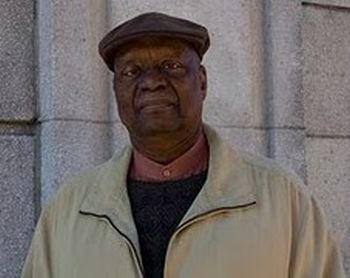 Born in Philadelphia in 1941, Churchville attended Simon Gratz High School, and, on graduation, began studying music education at Temple University. He dropped out in 1961 to become a jazz musician, and moved to New York, where he met Malcolm X at the Nation of Islam headquarters in Harlem.

Inspired by Malcolm’s black nationalism, Churchville attended the Inter-Collegiate Conference on Northern Civil Rights at Sarah Lawrence College in April 1962, where he was recruited to the Student Nonviolent Coordinating Committee (SNCC). Despite disagreeing with the Committee’s integrationist philosophy, Churchville joined its field staff and traveled south to Georgia and Mississippi to register voters. His experience in Freedom Schools, helping blacks in Greenwood, Mississippi pass the state’s literacy test, inspired him to see education as crucial to the civil rights movement.

On returning to Philadelphia in 1964, Churchville opened the Freedom Library in a Ridge Avenue storefront in North Philadelphia. Churchville envisioned the Freedom Library as a community center that would provide a setting for education for both children and adults and a locus for community organization. He hoped the library would help foster racial pride and meaningful self-identity, which he saw as necessary groundwork for political and social change. As part of this goal, Churchville amassed a collection of 2,000 books by or about African Americans, with an emphasis on texts about black history and contemporary problems.

Churchville also established night lectures and a tutoring program at the library, connecting high school and college students with younger children. The library evolved into a school, with an educational outlook that emphasized racial pride and focused on strict discipline and rote learning. Churchville would continue as an administrator at the Day School until the late 1970s.

In the fall of 1964, Churchville affiliated the Freedom Library with the Northern Student Movement, a move that enhanced the Library’s influence. The Library attracted activists from across the nation to the Ridge Avenue storefront.  In 1965 these activists formed the Black People’s Unity Movement (BPUM).

The BPUM sought to unify poor, working, and middle class blacks in political and economic campaigns.  Instead it attracted FBI attention.  On August 13, 1966, FBI agents and Philadelphia police raided the NSM Freedom Library on August 13, 1966. Although the FBI claimed “militant civil rights groups” were using the school and other locations as a storehouse for arms, they found nothing during their search.

After the raid, however, Churchville dropped out of activist politics.  He returned to college in 1983 and earned a Bachelor of Arts from Antioch University in 1987. He graduated from Rutgers University School of Law in Camden in 1990, and is currently the CEO of the Liberation Fellowship Community Development Corporation in Philadelphia, and the senior pastor at the Liberation Fellowship Church of Jesus.