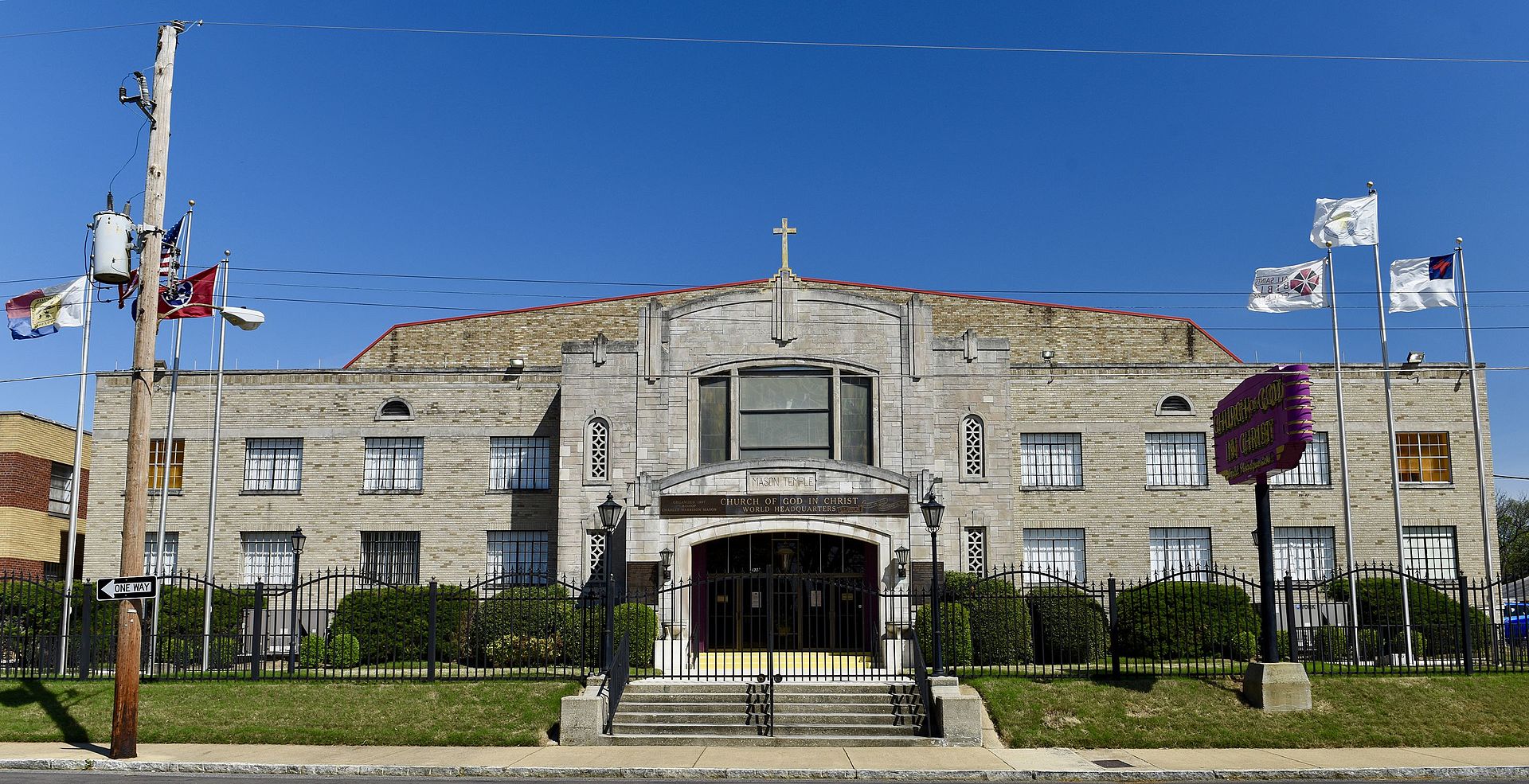 The Church of God In Christ (COGIC) with over six million members worldwide is one the largest Pentecostal churches in the world.  It was founded by Bishop Charles Harrison Mason in 1907.

Charles Harrison Mason began his religious life in the 1890s as an ordained Baptist minister in Arkansas.  However he traveled to Los Angeles, California in 1906 to participate in the Azusa Street Revival led by black evangelist Rev. William Seymour.  Inspired by what he heard in Los Angeles,  Mason returned to Arkansas ready to challenge many Baptist doctrines.

Although Mason and Charles Price Jones, a Baptist Pastor from Jackson Mississippi who had served as Mason’s mentor, believed in similar ideals, they differed when teaching about the baptism of the Holy Spirit and complete sanctification.  Raised a Baptist, Rev. Mason was denied the right hand of fellowship with the Church in 1907.  In November of 1907, Mason along with others formed the Church of God In Christ.

Rev. Charles Mason built the Church of God in Christ on the doctrine given on the Day of Pentecost to the Disciples (Act 2:41). The early church began meeting in Mississippi, but soon after relocated to Memphis Tennessee in 1925.  Mason Temple, the church headquarters, was completed in 1940.  Once known as the largest Black owned structure in Memphis, Mason Temple was financed by church members who were sharecroppers, cotton pickers, and domestic servants.

The church has attracted various famous African Americans including the Winan’s Family of entertainers, the Clark Sisters Gospel Singers and Rev. T.D. Jakes a leading televangelist and spiritual leader.  The funeral of Malcolm X in 1965 was held at Faith Temple COGIC in Harlem, New York.  Three years later, Dr. Martin Luther King’s “Mountain Top” Speech was given at Mason Temple the night prior to his assassination.  Mason Temple was also used as a meeting location for Memphis Sanitation Workers Strike in 1968 that brought Dr. King to the city.

With millions of members, the Church of God in Christ has expanded its following throughout the world.  It now has churches on every continent.  Each year over 50,000 representatives of those churches gather at a National Holy Convocation at Mason Temple to fellowship and worship keeping the tradition started by Bishop Mason in 1940. These conventions also allow church leaders to plan the future of the church.

Charles Edwin Jones, Black Holiness: A Guide to the Study of Black
Participation in Wesleyan perfectionist and Glossolalic Pentecostal
Movements