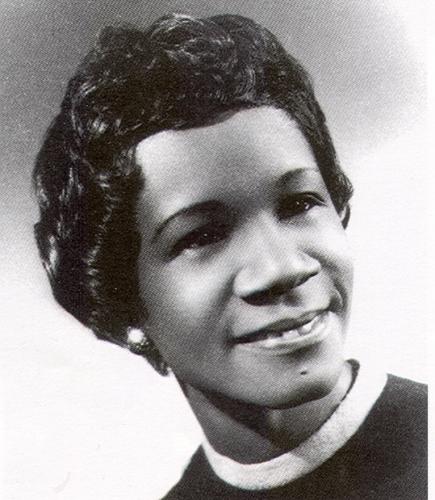 Shirley Anita St. Hill Chisholm, an advocate for the rights of people of color and for women’s rights, became the first black woman elected to the United States Congress in November 1968.  Four years later, she became the first black person to seek a major party’s nomination for the U.S. presidency when she ran for the Democratic Party nomination.

Chisholm represented New York’s Bedford-Stuyvesant section of Brooklyn.  When initially elected, she was assigned to the House Agriculture Committee, which she felt was irrelevant to her urban constituency. In an unheard-of move, she demanded reassignment and got switched to the Veterans Affairs Committee. By the time she left that chamber, she had held a place on the prized Rules and Education and Labor Committees.

Chisholm was born in Brooklyn as the eldest of four daughters of parents who were immigrants from Barbados. She received her B.A. from Brooklyn College of the City University of New York in 1946, and she earned her M.A. from Columbia University in 1952 while working as a nursery school teacher, director of a child care center, and later as an educational consultant with the city’s child care department. In 1964, she began her political career as a member of the New York State legislature as an assembly member. After four years there, she was elected on the Democratic ticket to serve in the U.S. Congress. She served two terms and in 1972 ran in the New York Democratic primary for president of the United States, establishing another first for black women.

Chisholm recounted her campaign for the presidency in her book, Unbought and Unbossed. After leaving Congress in 1983, she was named to the Purington Chair at Mount Holyoke College in Massachusetts, where she taught for four years. In 1985, she became a visiting scholar at Spelman College in Atlanta, Georgia. In the later years of her life, Chisholm became a sought-after speaker on the lecture circuit.

In the 1990s, Shirley Chisholm moved to Florida. She passed away on January 1, 2005 at her home in Ormond Beach.