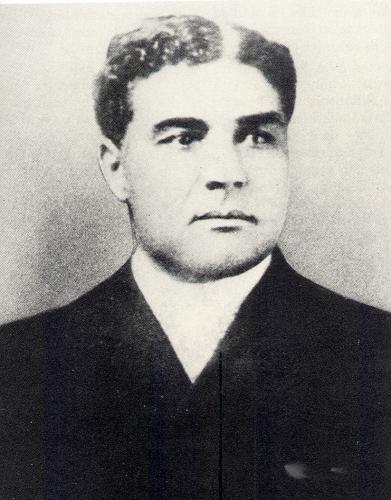 Born into slavery in Henderson, North Carolina, Henry Cheatham was the child of an enslaved domestic worker about who little is known.  An adolescent after the American Civil War, Cheatham benefited from country’s short lived commitment to provide educational opportunities to all children.  He attended public school where he excelled in his studies.  After high school Cheatham was admitted to Shaw University, founded for the children of freedmen, graduating with honors in 1882.  He earned a masters degree from the same institution in 1887.

During his senior year of college, Cheatham helped to found a home for African American orphans.  In 1883, Cheatham was hired as the Principal of the State Normal School for African Americans, at Plymouth, North Carolina.  He held the position for a year when his career as an educator gave way to his desire to enter state politics.

Cheatham ran a successful campaign for the office of Registrar of Deeds at Vance County, North Carolina in 1884, and he served the county for four years.   He also studied law during his first term in office, with an eye toward national politics.  In 1888 Henry Cheatham ran for Congress as a Republican in North Carolina’s Second Congressional District.  He defeated his white Democratic opponent, Furnifold M. Simmons.

Cheatham entered the Fifty-first U.S. Congress and would be returned to office again in 1890.  As a United States Congressman, Cheatham supported Henry Cabot Lodge’s Federal Elections Bill sponsored by representatives who wished to end election violence against African American voters.  Although Cheatham’s efforts helped the measure pass in the House of Representatives, the Lodge bill was killed in the U.S. Senate.  Later, Cheatham sponsored an unsuccessful bill requiring Congress to appropriate funds for African American participation at the World’s Columbian Exposition of 1893.  Cheatham wanted the fair’s visitors to see the demonstrable progress African Americans had made since the end of slavery.

More effective at winning political concessions outside of the halls of Congress, Cheatham used his political clout to win federal posts for Republicans.  In all he secured over eighty jobs for members of his party.  His efforts were controversial, however, as African Americans and whites alike, complained that too many positions went to the “opposite” race.  Cheatham ran for Congress for a third time in 1892 but lost.  In 1897 he accepted a position as Recorder of Deeds for Washington D.C.   In 1907, Cheatham returned to North Carolina where he served as the superintendent of the African American orphanage that he had co-founded two decades earlier.  Henry Plummer Cheatham died on November 29th, 1935 in North Carolina.  He was survived by his six children, three from his first marriage to Louise Cherry Cheatham, and three from his marriage to Laura Joyner Cheatham.