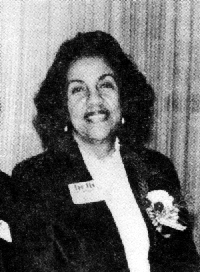 Eleanor and her husband, James, were life-long supporters of the NAACP.  She was very proud of the fact that James was elected local NAACP president, as well as Spokane’s first African American mayor in 1980. As a native of Spokane she was an emphatic local booster.  “I love the city of Spokane because of the wonderful people we have, and its great beauty in every way.”  Today, the Eleanor Chase House stands as a women’s facility of the state Department of Corrections, named “in honor of Eleanor Elizabeth Barrow Chase, renowned community leader.”