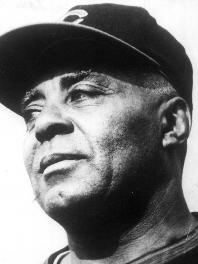 Returning home in 1915, Charleston played for his hometown ABC’s. In one of many public outbursts resulting from his infamously bad temper, Charleston was suspended during his rookie season for arguing with an umpire, and was held on a $1000 bond. The next season, Charleston had a crucial role in the ABC’s Black World Series win over the Chicago American Giants, batting .360 in seven of the ten games. 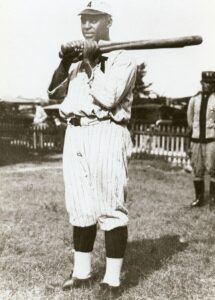 After short stints with various teams from 1918-1920, Charleston would return to the ABC’s after the forming of the Negro National Leagues. In 1921, Charleston led the League in hitting (.426), triples (10), home runs (14), and stolen bases (28). Often compared to greats like Ty Cobb and Babe Ruth, Charleston dominated the League with his combination of hitting for both power and accuracy, his tremendous speed both in the outfield and while base running, and for his trademark intensity.

A number of brawls are reported to have been started by Charleston, including fights with opponents, teammates, umpires, agents scouting his teams, and even a number of Cuban soldiers. On one occasion, legend has it that Charleston ripped the hood off of a Ku Klux Klan member and dared him to speak.

Charleston’s career spanned over 40 years as a player, coach, and scout, and beginning in 1922 he would even serve as player-manager for several teams. While playing in 53 exhibition games against white Major League teams, Charleston batted .318 with 11 home runs.