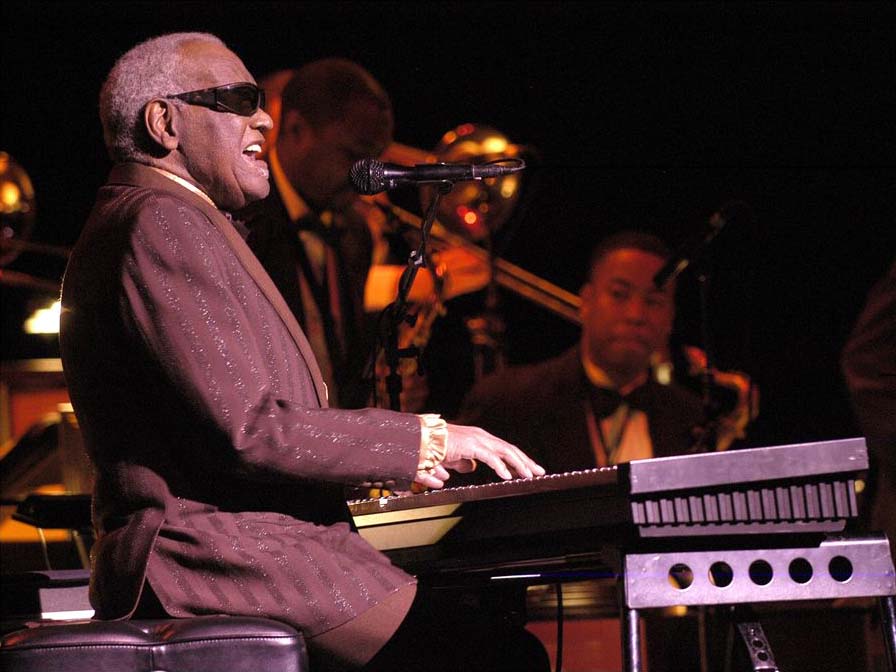 Ray Charles Robinson, a talented musician, singer and composer, was one of the first African American artists to merge the blues with gospel to pave the way for rhythm and blues (R&B) music. Robinson was born September 23, 1930, in Albany, Georgia. At age five, he began to go blind, and by the age of seven, his sight was completely gone. In order to help teach him to be self-sufficient, his mother sent Robinson to the St. Augustine School for the Deaf and Blind, a racially segregated school in Florida. There he learned to read music in Braille as well as to play both classical and jazz music on the piano.

Robinson’s mother passed away when he was fifteen years old. He decided to move to Seattle, Washington, where he continued his musical development. By 1948, he had become a professional musician, shortening his name to Ray Charles, and forming his own trio. Before his twentieth birthday, Robinson had become a local sensation in the bars and clubs along Seattle’s Jackson Street.

In 1952, Ray Charles signed with Atlantic Records, one of the largest labels in the country. Although his initial style was influenced by artists like Nat King Cole and Charles Brown, by 1955 Charles changed direction when. He recorded the gospel-influenced “I Got a Woman,” which became his first hit. After adding a female backup group called the Raelettes to his lineup, Charles recorded “What’d I Say” in 1959 which made him one of the leading R&B artists in the nation.

In the 1960s Charles’s releases moved between pop, R&B and country and western music as he influenced artists and developed audiences in each genre. One of his compositions during this period, “Georgia on My Mind,” was eventually adopted as the official song for the state of Georgia. In 1965, at the peak of his career, Charles took a year long break to overcome a heroin addiction following his arrest on drug charges.

Charles also supported the Civil Rights Movement in the 1960s. He became a friend and financial backer of Dr. Martin Luther King and after 1963 refused to play before segregated audiences. Charles also composed protest songs such as “Danger Zone” and “You’re in for a Big Surprise.”

Ray Charles continued to write and perform well into the 1990s. Over his long career his accolades included more than a dozen Grammy Awards, induction into the Rock & Roll Hall of Fame, and a bronze medallion from the French Republic in recognition of his contribution to world music. Ray Charles died on June 10, 2004.