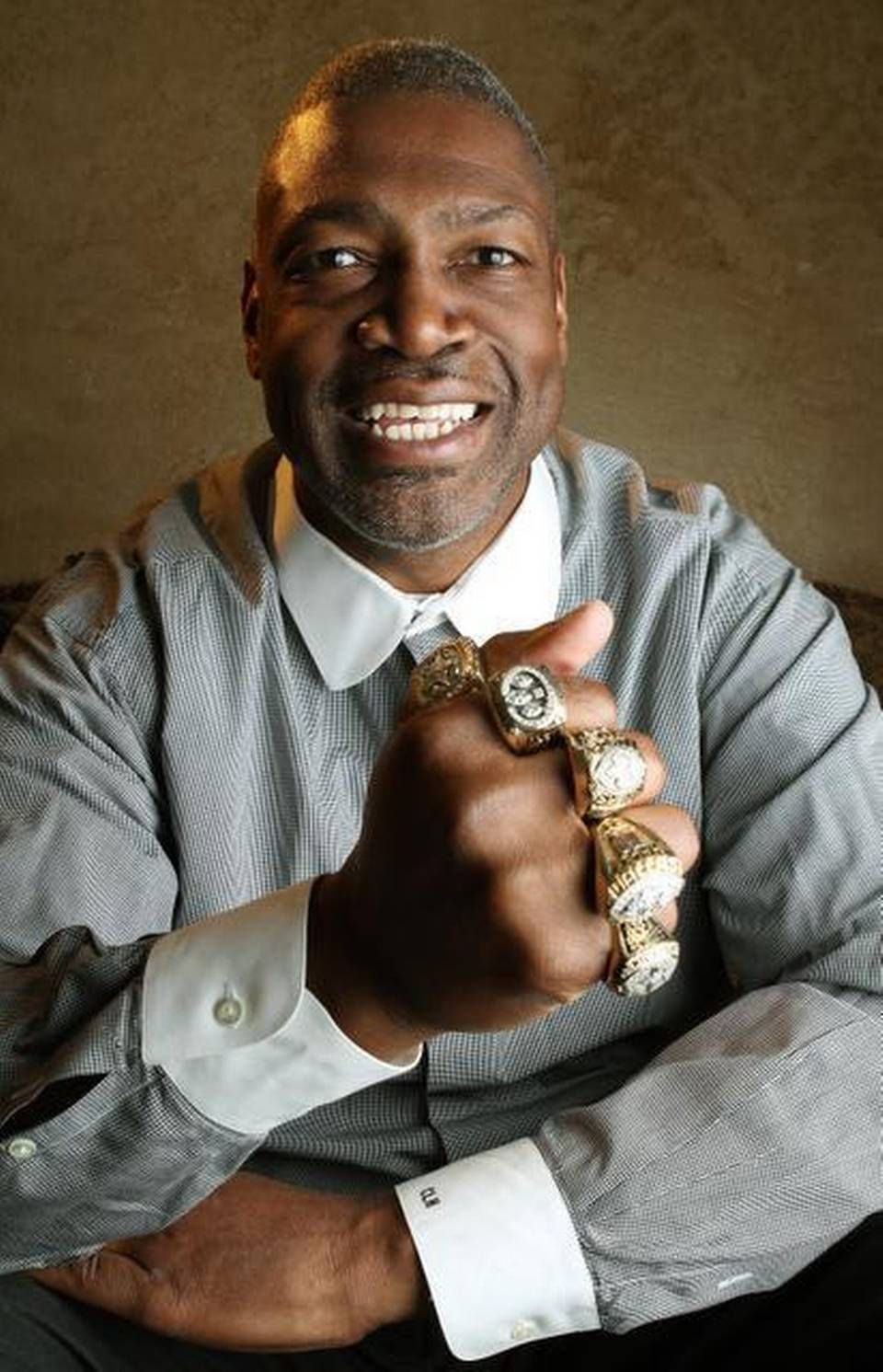 Charles Lewis Haley is a former football player for the National Football League and holds the distinction of being the first five-time Super Bowl Champion. Haley was born on January 6, 1964, in Gladys, Virginia. His mother’s name was Virginia, and his father’s name is unknown. In his youth, Haley attended William Campbell High School in Naruna, Virginia where he played basketball and football. In his senior year, Haley was named defensive player of the year, and helped his football team win the district championship.

In 1982, Haley was awarded a scholarship to James Madison University (JMU), in Harrisonburg, Virginia, where he became a member of the Alpha Phi Alpha fraternity. In his freshman year, he played starter at defense end/linebacker, and made 85 tackles. After just three games, Haley was named the Eastern College Athletic Conference Rookie of the Week. In his sophomore year, Haley moved to inside lineman, and made 143 tackles. As a junior, he made 147 tackles, and in the 4th round of the 1986 NFL draft, Haley was selected by the San Francisco 49ers (96th overall). Haley completed his senior year at JMU, switched to outside linebacker, and made 131 tackles. He was a two-time Division I-AA All American and was voted Virginia Defense Player of the Year by the Roanoke Times & World News. He graduated in 1987.

By 1988, Haley was named to the All-Rookie Team by United Press International and Pro Football Weekly. The following year, he was awarded the UPI NFC Defense Player of the Year and was voted to play in the Pro Bowl. Haley helped lead the 49ers to Super Bowl wins in 1989 and 1990. Over the years, Haley had numerous violent clashes with the head coach, and in 1992, he was traded to the Dallas Cowboys.

Haley helped the Dallas Cowboys win the 1992 Super Bowl, as well as 1993 and 1995, making him the first NFL player to achieve 5 Super Bowl Rings. Several back injuries and subsequent surgery led Haley to temporarily retire in 1996. On January 2, 1999, he returned to the San Francisco 49ers for his final NFL season. Haley officially retired in 2000 and became a defensive coach for the Detroit Lions (2001-2002). Throughout his professional career, Haley was known for his anger and bad behavior, which led to the breakdown of his marriage and divorce. After his retirement he revealed he was diagnosed with bipolar disorder and was receiving treatment.

Throughout his career, Haley has received numerous awards. The Athletic Department of JMU named their Defense MVP award in Haley’s honor in 1999, and in 2003, they awarded him the Ronald E. Carrier Distinguishes Alumni Achievement Award. He was inducted into the Virginia Sports Hall of Fame in 2006 and the College Football Hall of Fame in 2011. In 2012, Haley released his memoir All the Rage: The Life of an NFL Renegade and was inducted into the Texas Black Sports Hall of Fame as well as the Dallas Cowboys Ring of Honor. He was elected to the Pro Bowl Hall of Fame in 2015.  As a philanthropist, Haley supports The Salvation Army and the Jubuliee Center in San Francisco.