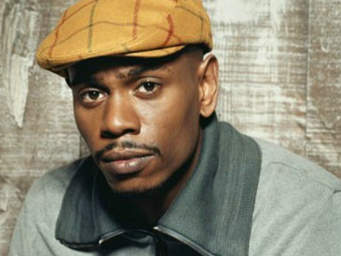 David Khari Webber Chappelle, best known as Dave Chappelle, was born on August 24, 1973, to William Chappelle, Professor of statisitcs at Antioch College, and Yvonne Chappelle, an English Professor at Howard University and the University of Maryland. His childhood was then shared between Yellow Springs, Ohio and Washington D.C.

Chappelle was in his first comedy show at the age of fourteen. Strongly influenced by Bill Cosby, before he graduated from high school, Chappelle had traveled across the country to give shows and take part in comedy competitions.  After he graduated from the prestigious Duke Ellington School of the Arts in Washington D.C. in 1991, he left for New York, promising his parents that he would go to college if he didn’t manage to succeed as a comedian after a year.

Although he played in small comedy clubs in Greenwich Village, Chappelle mostly performed on the streets of New York. He quickly achieved critical recognition when in 1992 he participated in Russell Simmons’ “Def Comedy Jam” on HBO. Later that year he was in the Montréal Comedy Festival in Canada and was a guest on late night talk show circuit including David Letterman, Howard Stern, and Conan O’Brien. In 1993 he had his first movie role in the film Robin Hood: Men in Tights starring Mel Gibson.

By the late 1990s Chappelle had appeared in a number of films including The Nutty Professor (1996) and three 1998 movies, Woo, You’ve Got Mail, and Half Baked. Finally, his film of his stand-up comedy routine, Killin’ Them Softly in 2000 raised his profile among comedians. The film is now recognized as an important documentary on American stand-up comedy.

After playing in Undercover Brother (2002), Chappelle launched his own TV show, Chappelle’s Show, which aired from 2003 to 2006.  In this show Chappelle built a reputation of a comedian willing and eager to tackle controversial political and social issues such as race in the United States.  In the first episode he played a blind white supremacist.  That episode and others caused controversies and eventually led to the end of the series.  Chappelle himself left the show in 2005, accusing the producers of wanting to change its tone.

After a trip in South Africa, Chappelle returned to a much quieter life in Yellow Springs, Ohio, with only a few public appearances.  The exception was his 2006 documentary Dave Chappelle’s Block Party.

Chappelle revived his career in 2013, with a series of shows in the American South. He then performed for ten nights at New York’s Radio City Music Hall in 2014 and played in Spike Lee’s Chi-Raq in 2015. The recent years are marked by the recognition of Chappelle’s talent and career. He received an Emmy Award in 2016 for his regular appearances as a guest on Saturday Night Live. He was also ranked ninth of the top fifty comics of all times by the Rolling Stone Magazine and was awarded a Grammy for the Best Comedy Album in 2018.

In January 2021, Chappelle tested positive for COVID-19. His staff reported that he is in quarantine.