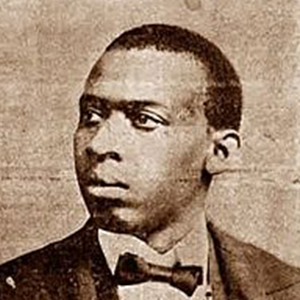 Charles Ward Chappelle was an American engineer and businessman best known for his award-winning long-distance airplane in 1911 and his tenure as president of the African Union Company from 1913 to 1930.

In January of 1911, Chappelle presented at the First Industrial Aero Show, a showcase of aircraft and aeronautical technologies in Brooklyn, New York. Chappelle, an architect and engineer by trade, had invented an airplane that was designed to safely travel long distances. With the Wright Brothers’ flight having taken place less than a decade before, Chappelle’s plane was noted for its unique design and capabilities. The event, which hosted more than 15,000 people over the course of a week, awarded Chappelle with a medal, and his model was exhibited at the United States Aeronautical Reserve headquarters. He was the only African American to participate.

Chappelle’s success at the show attracted investors and business opportunities. Later that year, he helped create the first African American airplane company and briefly served as its vice president. In December, Chappelle took a position as chief engineer to Alfred C. Sam, who claimed to be chief of the Akim tribe in Gold Coast, Africa (modern-day Ghana). Sam’s Akim Trading Company was said to be among the first African corporations to do business with their counterparts in the United States. Chappelle intended to build an electrical system and railroad.

After four months, Sam’s authority and business knowledge were challenged, and Chappelle returned to the United States. In December 1913, he helped found the African Union Company, a corporation in Ghana that facilitated the trade of African resources, such as mahogany and cocoa, in the global market. The company, with Chappelle at its head as President and General Manager, sought to use its profits to invest in African infrastructure and build an industrial school. Chappelle worked in this capacity from 1913 to some time after 1924 before returning permanently to the United States. He continued to serve as president, however, until the company was disbanded in 1930. In 1922, the company’s value was estimated at three to ten million dollars; one potential investor came away with the impression it controlled half of the resources in Gold Coast.

Chappelle was born in Eatonton, Georgia, in 1872. He grew up in Atlanta before moving to Pittsburgh, Pennsylvania in 1897. His appearance at the Brooklyn airshow was preceded by a move there in 1910, but, after returning from Africa, his primary residence was again Pittsburgh, where he died in 1941.

Chappelle had moved to Brooklyn as an architect, and erected a number of buildings there. His airplane took him about a year to complete, and during the process his work was featured in Air Scout, the Aeronautical Reserve’s official magazine.