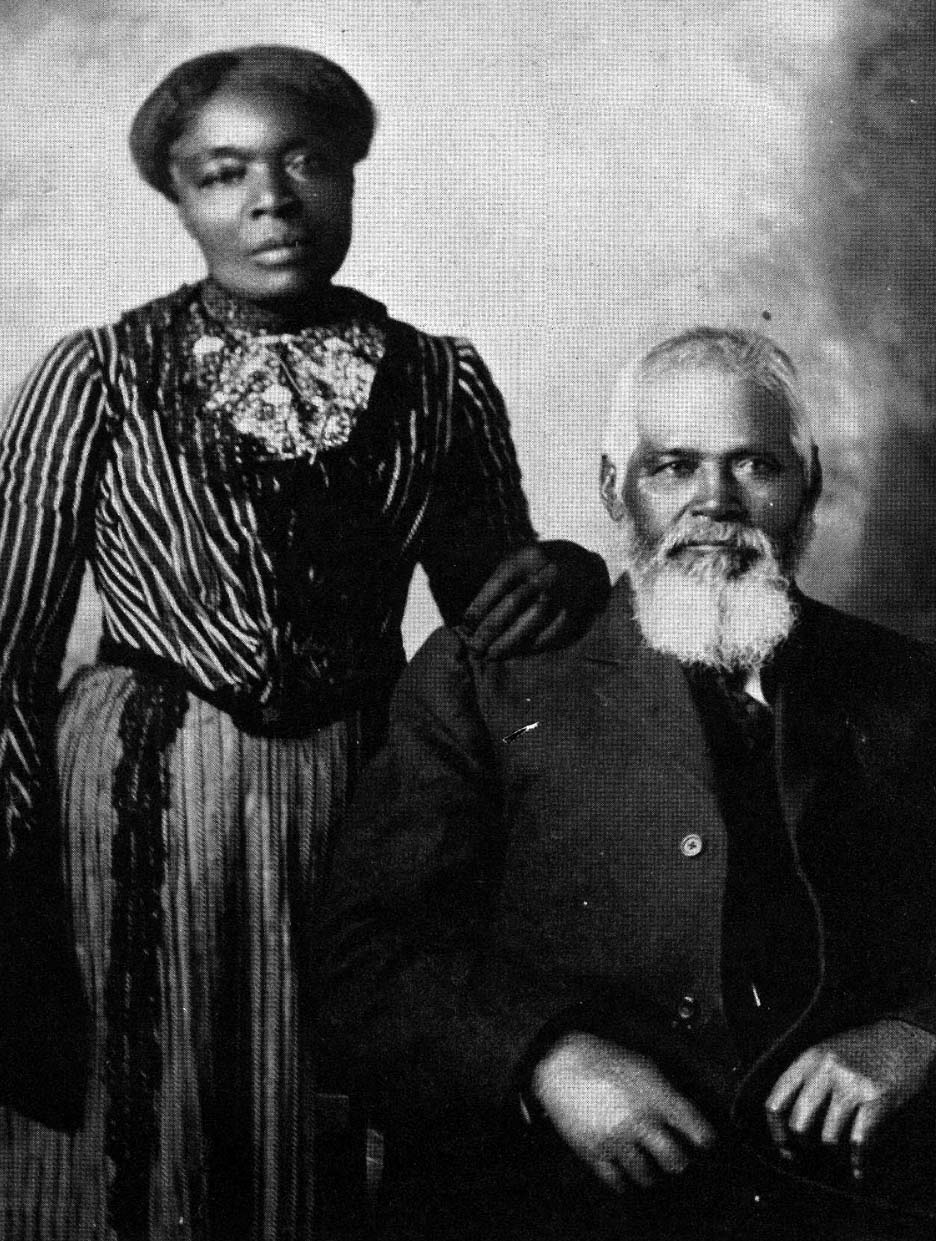 Like the majority of black Americans living in the South in pre-Civil War America, Samuel and Amanda Chambers were slaves.  Samuel, was born in 1831 in Pickens County, Alabama.  Amanda was born in 1840 in Noxubee County, Mississippi.  Samuel’s father was his owner, James Davidson.  His mother, Hester Gillespie, was one of Davidson’s slaves.  Following the sale of his mother, Samuel was sold to Maxfield Chambers a Mississippi resident.  At the age of 13, Samuel responded to the preaching of Mississippian Preston Thomas, a recent convert to the Latter-day Saints faith. Thomas baptized Samuel Chambers in 1844.

In the ensuing decades Chambers married, fathered a son, Peter, and endured the sorrow of losing his first wife.  In 1858 Samuel married Amanda Leggroan, the daughter of Green and Hattie Leggroan, all were slaves, the property of David Lagronne of Mississippi.  Samuel and Amanda did not have children.  With the passage of the 13th Amendment in 1865, Samuel and Amanda gained their freedom along with nearly four million other African Americans.

Although Samuel Chambers had scant contact with other LDS Saints for nearly a quarter of a century, he remained steadfast in his faith and in 1866 for four years he and his family prepared to journey west.  In 1870, without support or encouragement from fellow Mormons, the Chambers began their overland journey to join fellow Saints in Utah Territory. They were accompanied by Peter Chambers and Amanda’s brother Edward (Ned) Leggroan and his young family.

The Chambers/Leggroan families arrived in Salt Lake City in April 1870 when the territory had 83,336 non-Indian inhabitants including 118 African Americans.  Upon arriving Samuel and Amanda quickly became involved in LDS activities.  As members of the Eighth Ward they attended meetings regularly, tithed and donated in response to additional Church financial requests.  Amanda was baptized and Samuel accepted rebaptism in 1875.  Because of his race Samuel Chambers was prohibited from holding the male-only priesthood.   He was appointed an assistant Deacon of Eight Ward and Amanda served a Relief Society “deaconess.”  The primary responsibility of Deacons was to care for the meeting houses, a job consisting primarily of custodial duties.

Within a few years after arriving in Salt Lake City, the Chambers family relocated to the Millcreek area southeast of Salt Lake where they farmed.  By World War I they had acquired a 30-acre plot of land; they received wide recognition for the quality of their produce, especially their grapes and currants.  Samuel was awarded first prize in several agricultural fairs.  Amanda was recognized for her cooking abilities, especially the cakes and pies prepared for LDS social functions.

Although restricted in fully participating in their chosen faith, Amanda and Samuel remained devout believers.  Samuel remained illiterate but Amanda utilized a Guffey speller to teach herself how to read and write.  In 1924, as a testament to their Church family’s high regard for the Chambers, numerous Saints attended their sixty-sixth wedding anniversary, an event was described in the Deseret News, the church-owned daily newspaper. Their funerals were also well attended.

Amanda Chambers died in 1925 at the age of 85.  Samuel Chambers passed away four years later in 1929 at the age of 98. They were buried in the Elysian Gardens cemetery in the Millcreek area.