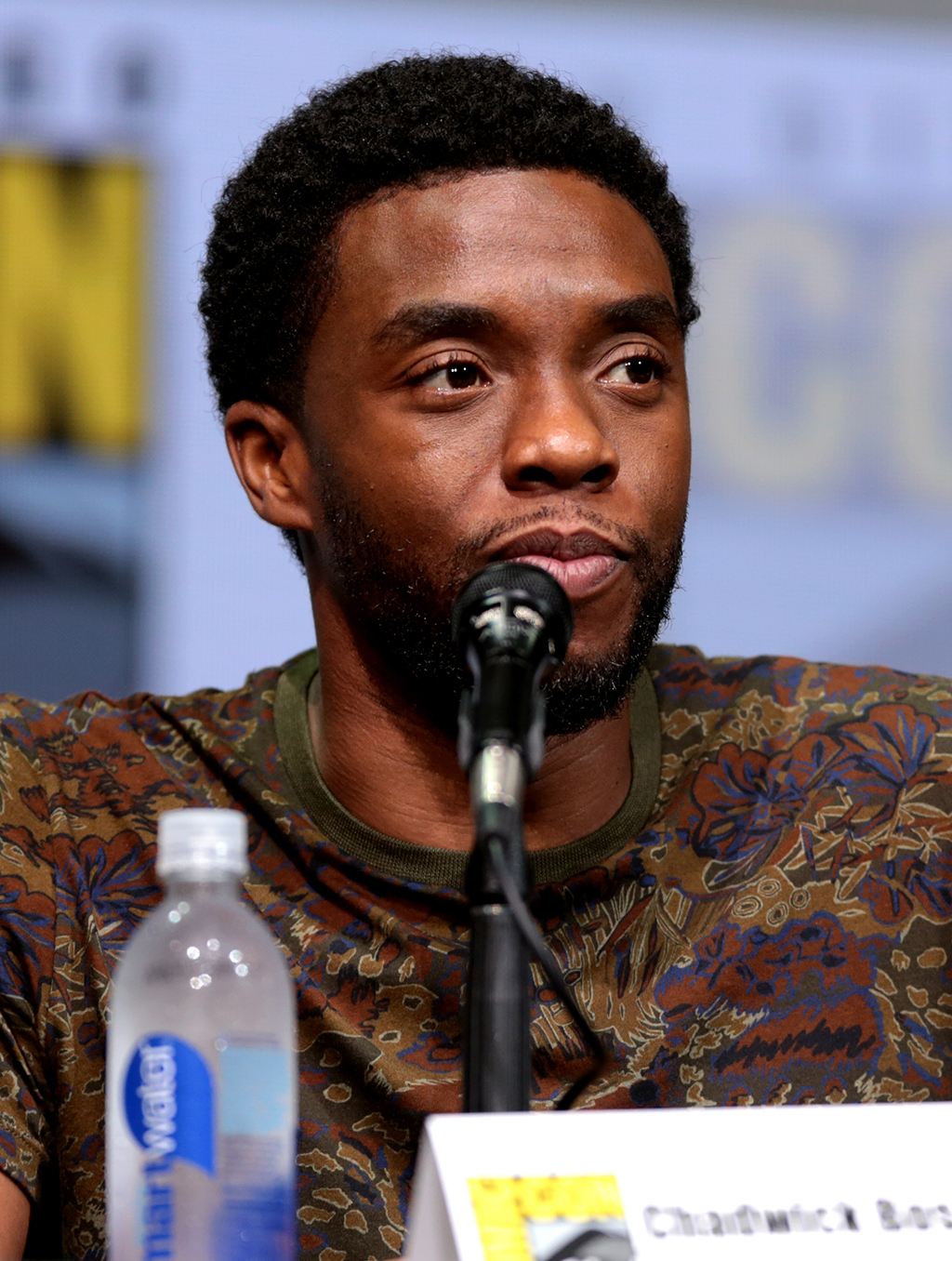 Chadwick Aaron Boseman was born on November 29, 1976 in Anderson, South Carolina, to Carolyn and Leroy Boseman. His mother was a nurse, and his father was a factory worker. Boseman played little league baseball and basketball in his youth and attended T.L. Hanna High School in his hometown. He aspired to write plays and become an actor and wrote his first play titled Crossroads in his junior year of high school before graduating in 1995. Boseman then entered Howard University in Washington, D.C., earning his Bachelor of Fine Arts degree in directing in 2000.

One of Boseman’s teachers and mentor, actress Phylicia Rashad, was responsible for raising funds to send Boseman and nine other theater students to attend the Oxford Mid-Summer program at the British American Drama Academy in London. The funding was provided by actor Denzel Washington. When he returned to the U.S., Boseman moved to New York, and enrolled into the New York City Digital Film Academy, graduating in 2002. He first worked at the Schomburg Center for Research in Black Culture in Harlem, New York as a Drama Instructor for the Junior Scholars Program.

Boseman’s first television role was in an episode of the NBC crime drama Third Watch in 2003. He then made appearances in Law & Order, CSI:NY, ER and had a recurring role in the series Lincoln Heights. He moved to Los Angeles in 2008, and appeared in his first feature film, The Express: The Ernie Davis Story, a sports film based on the life of the Syracuse University football player the same year. His first starring role was in the film 42 (2013), where he portrayed Jackie Robinson and the following year he portrayed musician James Brown in the film Get On Up (2014).

In 2016, Boseman starred as the Egyptian deity “Thoth” in the movie Gods of Egypt, and began the role of T’Challa in the Marvel franchise film Captain America: Civil War. He starred and co-produced in the 2017 film Marshall, taking on the role of civil rights icon Thurgood Marshall. Boseman became the first African American superhero in a major feature film when he starred in the 2018 movie Black Panther, the 12th-highest grossing movie of all time. Boseman won several MTV Movie Awards the same year, and gave one on stage to citizen James Shaw Jr., a man lauded as a hero after disarming a man in a Nashville, Tennessee Waffle House, after the suspect killed three people.

Boseman began dating Taylor Simone Ledward, a singer, in 2015. The two were photographed together over the next few years and were engaged in 2019. The couple secretly married in 2020. In 2016, Boseman was diagnosed with stage III colon cancer, which later progressed to stage IV. He never revealed his diagnosis and continued to work in films through chemotherapy and surgeries. He also visited with terminally ill children battling cancer. On August 28, 2020, Boseman died at his home in Los Angeles after his four-year battle with colon cancer, with his wife and family by his side. He was forty-three years old. The 2020 MTV Video Music Awards that aired on August 30, 2020 were dedicated to Boseman.